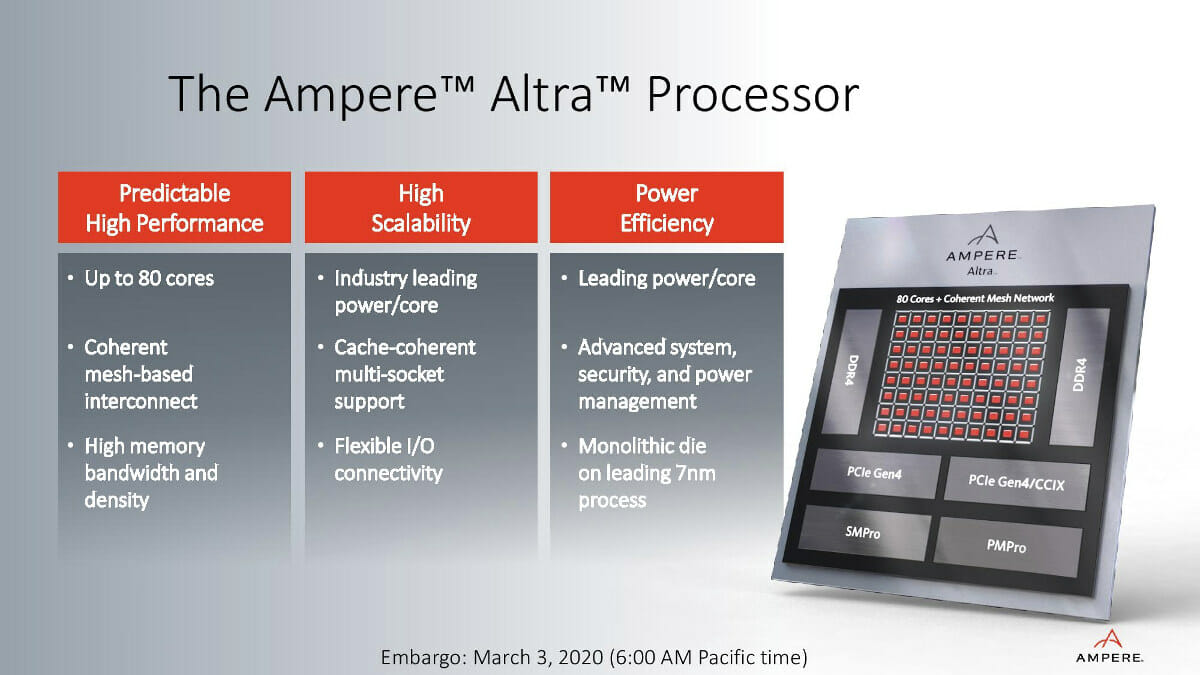 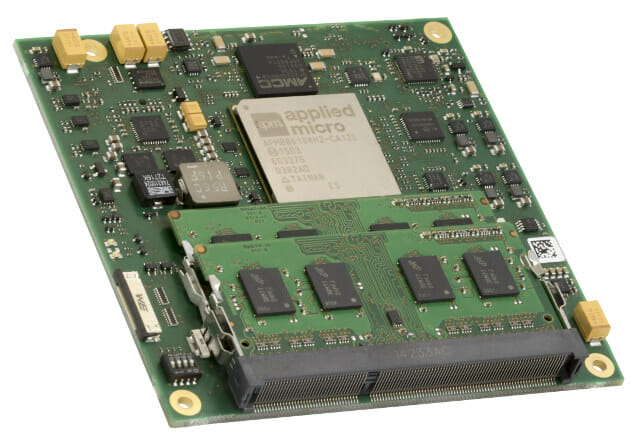 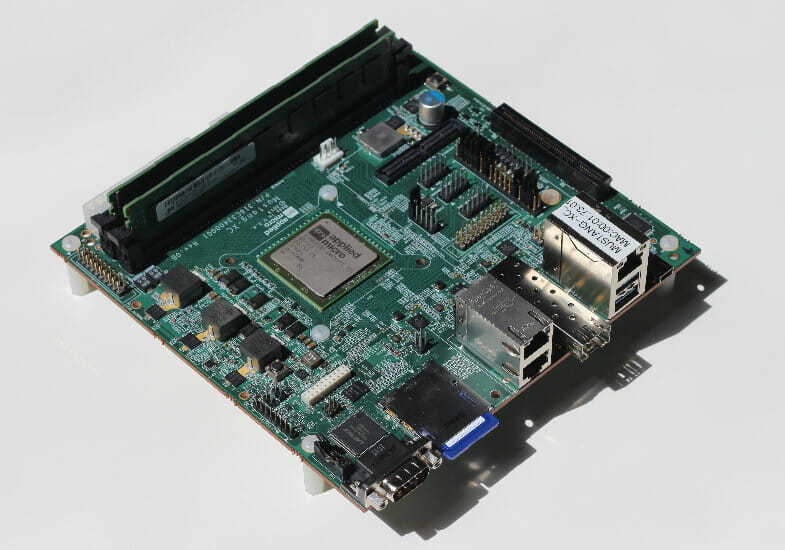 64-bit ARM server boards such as Applied Micro XC-1 Mustang and AMD Opteron A1100 development kit have been available since the beginning of the year, but only to selected companies, and at a price of several thousand dollars per board. Applied Micro is now offering their X-Gene based XC-1 development board to individual developers for $895, or about ~40% discount to the $1495 company now have to pay for the board. It may also be available from distributors (part number: EV-883208-X1-PRB-1). XC-1 board (codenamed Mustang) technical specifications: SoC – Applied Micro X-GeneAPM883208-X1 8-core ARM 64-bit @ 1.6 GHz System Memory – 2x DDR3 UDIMM memory slots up fitted with 2x 4GB sticks (8 GB), upgradable to 16GB Storage – 1x 128Mbit SPI NOR Flash for booting, 1x SATA 3 ports, SD card slot, 1024Kb and 256Kb I2C EEPROM Connectivity – 2x Gigagit port (SGMII), 10 GbE SFP+ cage, 1x Gigabit […] 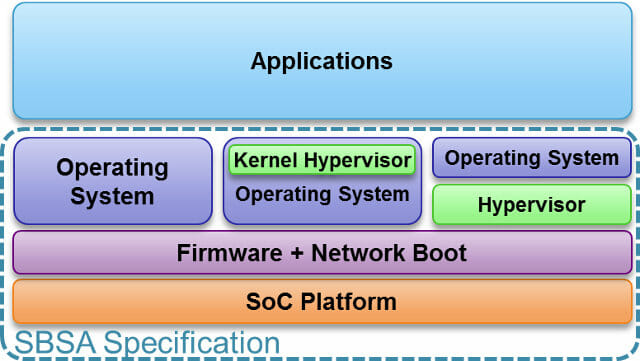 64-bit ARM based servers should hit the market later this year or earlier in 2015 with SoCs such as Applied Micro X-Gene or AMD Opteron A1100. ARM still has the lead in terms of efficiency with a lower dollar per watt ratio, but Intel is closing in with their new Avoton server-on-chips. However, there’s one aspect where Intel is clearly in the lead: standardization and compatibility. ARM is very flexible, and allow SoC designers to create more or less what they want, but it comes at the cost that most ARM based systems are not capable of running mainline Linux, and instead use vendor trees.  With many applications, that may not be critical, but when it comes to data-centers, companies want to be able to run the latest Linux version with the latest security patches as soon as possible, and want to lower the total cost of ownership (TCO), so […] 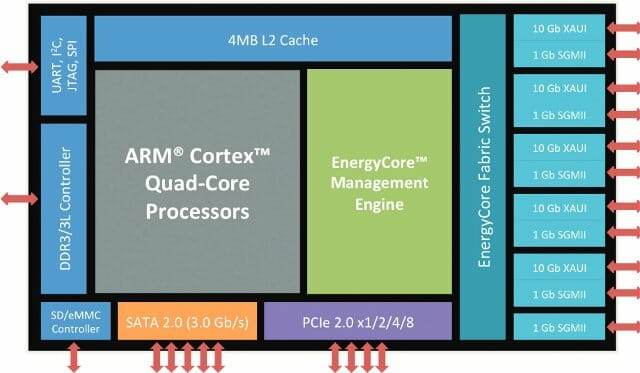 ARM Techcon 2013 took place on October 29 – 31, 2013, in Santa Clara, and several companies announced servers, or chips for server based on ARM technology. None of those are for home used, but for now ARM based servers target enterprise and cloud data. Yet end users may them indirectly when they access social networks such as Facebook, or other online services such as Paypal. Calxeda ECX-2000 SoC After their ECX-1000 quad core Cortex A9 Server-on-chip, Calxeda has announced ECX-2000 SoC featuring four Cortex A15 cores. The new SoC provides about twice the performance, 3 times the memory bandwidth, and 4 times the memory capacity (up to 16GB RAM) of the earlier chip.   One of the key advantage of Cortex A15 over Cortex A9 is hardware virtualization that allows support for KVM and Xen hypervisors. ECX-2000 is supported in Canonical Ubuntu Linux 13.10 and can run Havana Openstack. Other […]

Applied Micro announced X-Gene 64-Bit ARMv8 Server-on-Chip at ARM Techcon 2011, and later in 2012, they showcased Apache2 on an FPGA implementation of the chip. More recently, they showcased KVM (Kernel-based Virtual Machine) on their X-C1 hardware platform with an actual X-Gene SoC at Linaro Connect Europe 2013, and Linaro has just uploaded the video of the demo. The development board features 8 ARMv8 64-­bit processors, PCI network, up to 6 SATA drives (but only one used in the demo), and they also have hardware fitted into a 1U rack. The demo below runs 4 SMP Linux virtual machines (with 2 VCPUs), including 2 ARMv7 32­-bit, and 2 ARMv8 64-­bit guests, running web servers concurrently on each VM using VirtIO-based network virtualization. Jean-Luc Aufranc (CNXSoft)Jean-Luc started CNX Software in 2010 as a part-time endeavor, before quitting his job as a software engineering manager, and starting to write daily news, and […]