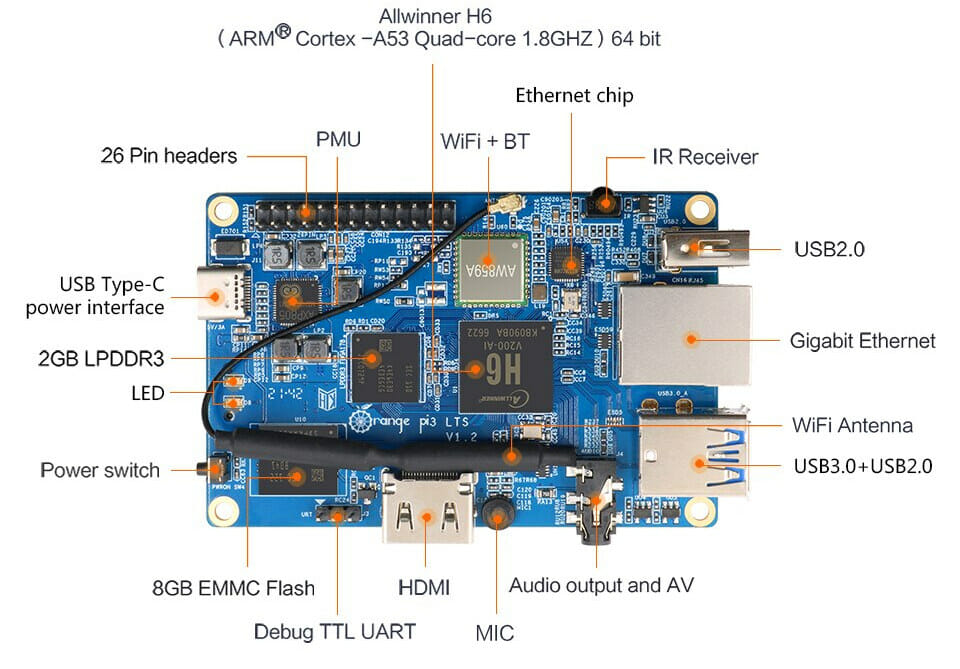 Ubuntu and Debian images built by Armbian got popular because of the sad state of affairs of most single board computers. But since Raspberry Pi boards are rather well-supported by the Raspberry Pi Foundation and community, plus part of it is closed-source, there’s been little motivation by the Armbian community to work on it, and that means there’s no official support for Raspberry Pi. But some Armbian test images have just been released for Raspberry Pi 4, specifically Ubuntu 22.04 “Jammy Jellyfish” images with a CLI (headless) version, and two desktop variants with Cinnamon and XFCE desktop environments which you can download on their server(s). Separately, DietPi 7.9 lightweight Linux distribution based on Debian has also been released with various improvements. The good news about Armbian images for Raspberry Pi is that they exist, but the less good news is that those are still “test images”, and the popular board […] 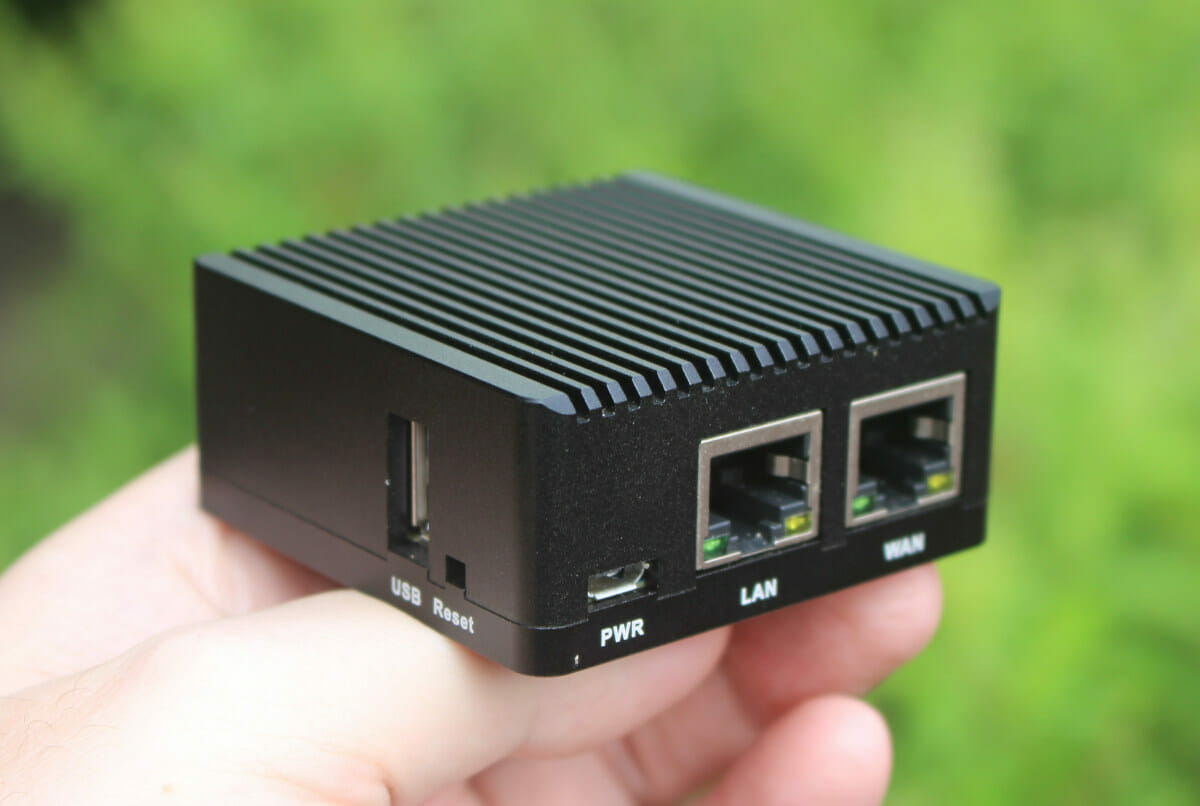 Here’s the 8th edition of CNX Software giveaway week! I’ll have seven items to give away to readers in the 2021 event with some help from two companies as I was short on available samples this year. We’ll start with NanoPi R2S gateway based on Rockchip RK3328 SoC, and equipped with 1 GB DDR4 RAM as well as two Gigabit Ethernet ports. I reviewed NanoPi R2S gateway at the end of last year with Armbian built Ubuntu 20.04 Focal, and it performed well under load thanks to the metal enclosure and optimized OS. The main downside is having a USB 2.0 port, especially if you intend to use it as external storage, but that’s the cost of having two Gigabit Ethernet ports on Rockchip RK3328 SoC, with one of those using the USB 3.0 interface. The giveaway includes the board and metal enclosure. It is already fully assembled. So you’ll […] 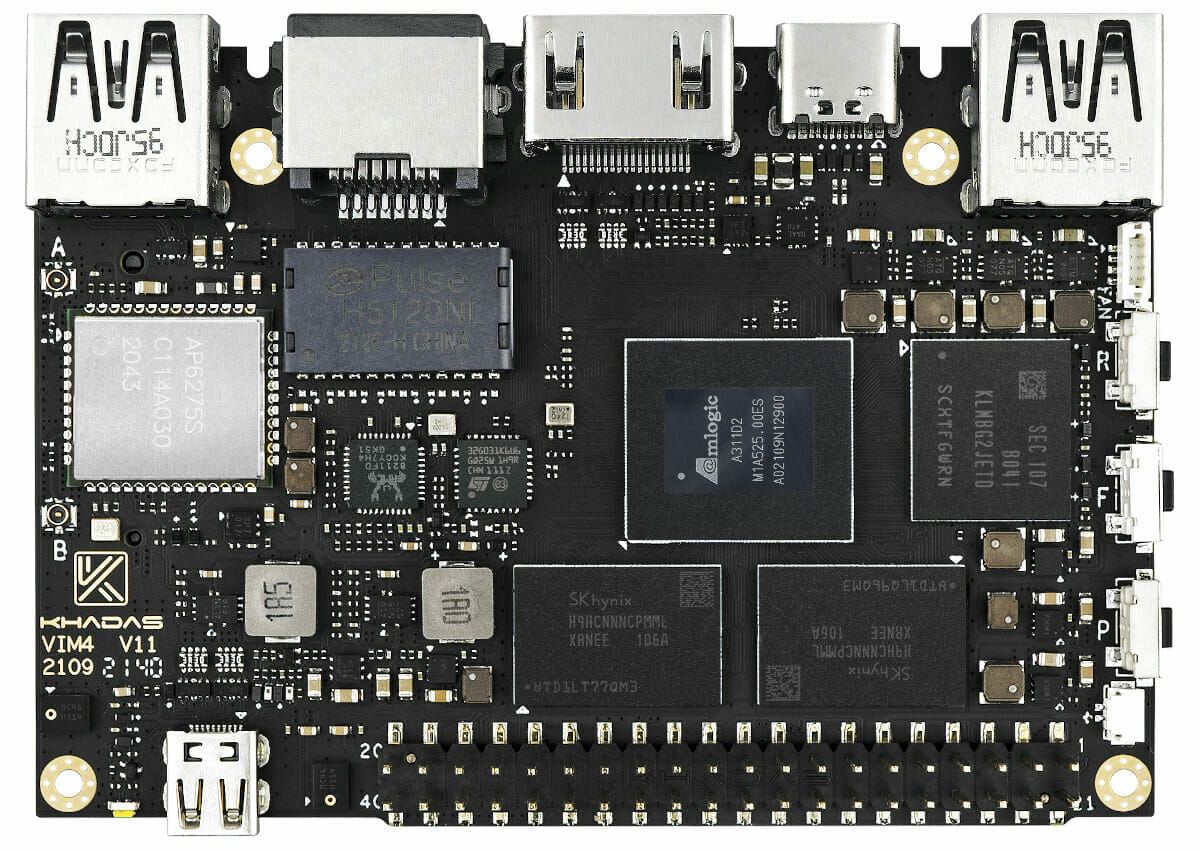 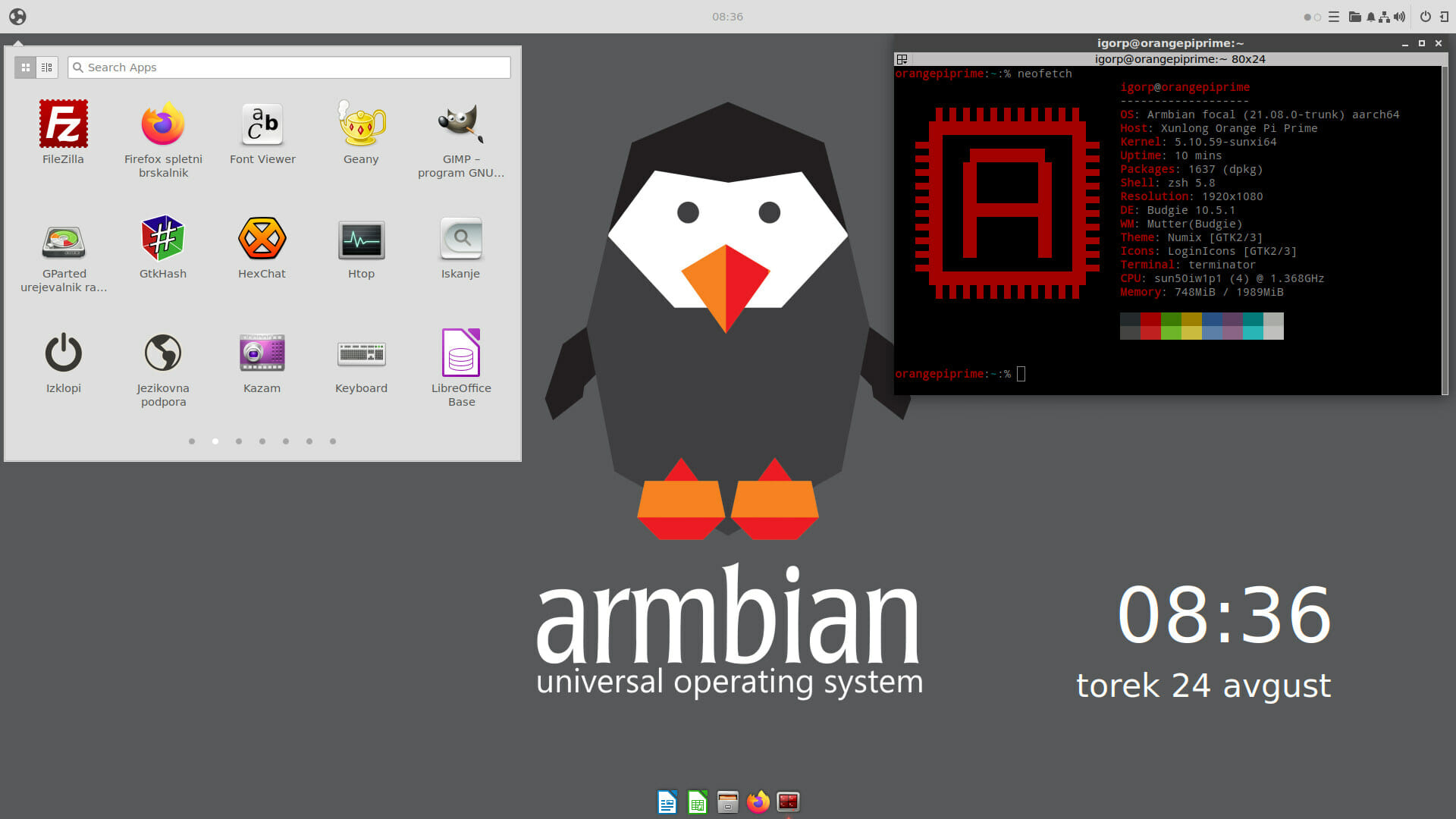 Armbian provides stable releases four times a year, and Armbian 21.08 has just been released offering minimal, server or XFCE, Cinnamon and Budgie desktop Linux 5.10 LTS images for Arm boards, as well as a build system to customize your own image. If you’ve been using an Arm SBC that is NOT a Raspberry Pi board, you’ve probably been told to use Armbian, as the community is providing Debian and Ubuntu images for over 100 Arm boards that are either “Supported”, “WIP” (suitable for testing), or “CSC” (no official support, aka you’re on your own). Armbian 21.08 highlights (Note: EDGE are daily builds following daily builds of the Linux kernel and fresh packages from Debian sid, Ubuntu 21.04 “hirsute” or Ubuntu 21.10 “impish” userland): Based on Linux 5.10.59 released on August 15, 2021 Minimal, server or XFCE, Cinnamon, and Budgie desktop Fast automated language selection on the first run Regular […] 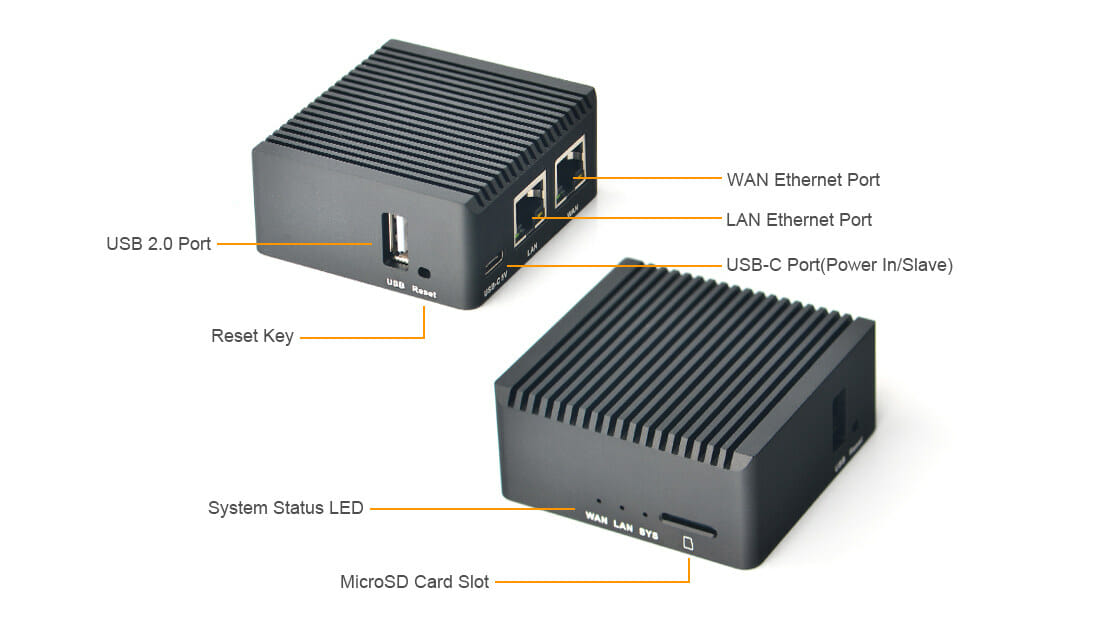 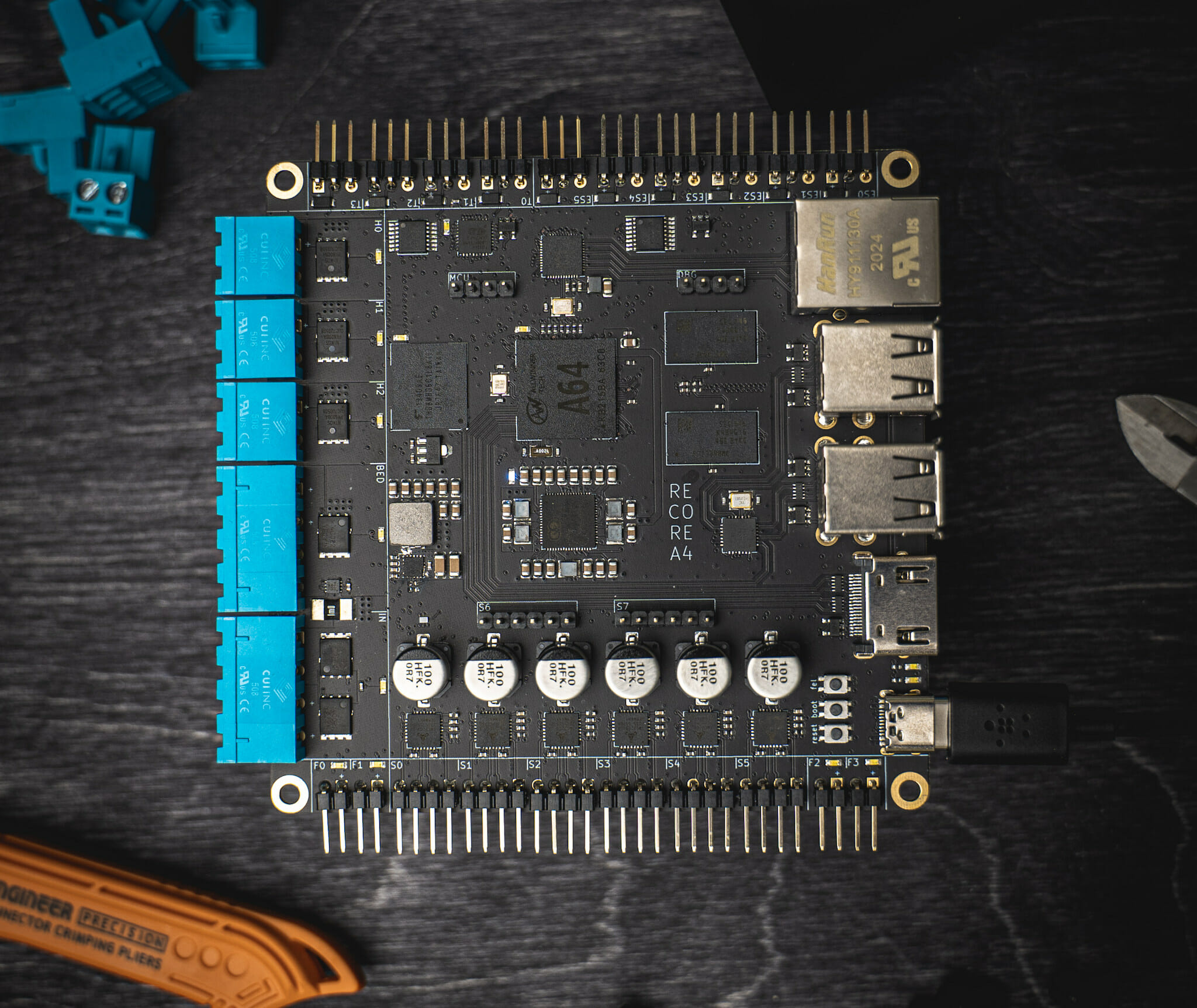