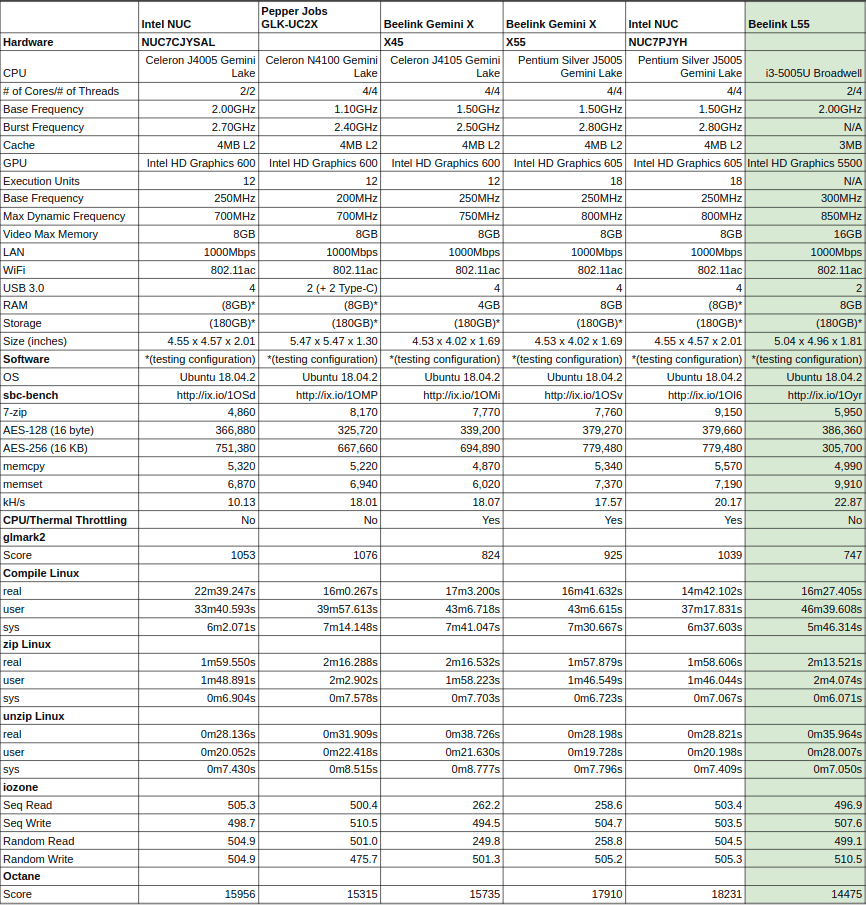 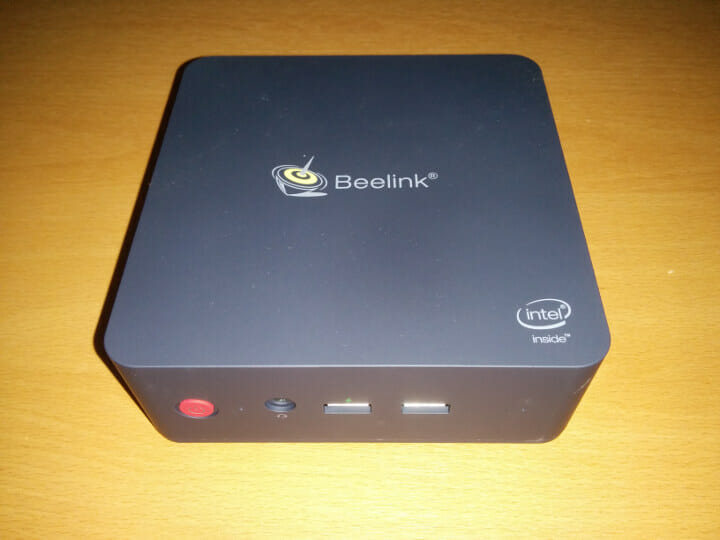 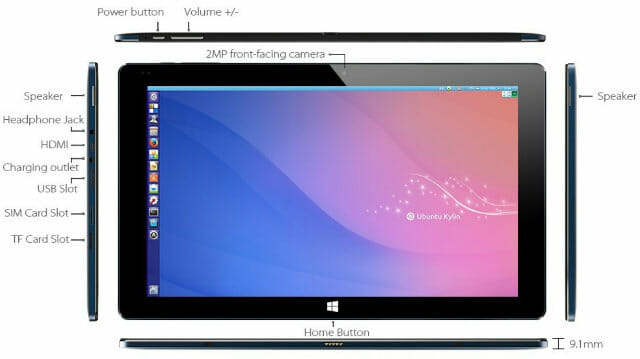 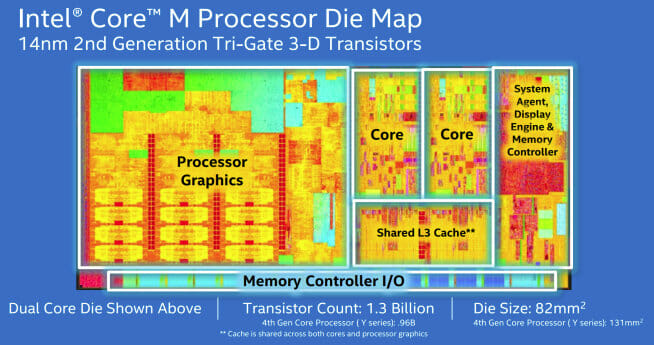 ARM still have an edge in terms of power efficiency, but Intel has historically had an edge when it comes to process technology, and the company has announced their first 14-nm processors with three Broadwell Core M SoCs. The new process will also help with power efficiency, as all processors have 4.5W TDP, and Intel claims a Core M laptop will deliver twice the compute performance, and seven times more graphics processing power compared to a 2010 laptop powered by a 18W Core i5 processor, while doubling the battery life. Compared to more recent 4th generation Intel Core “Haswell” CPU, the new chips are said to offer up to 50 percent faster CPU performance and 40 percent graphics on a performance-per-watt basis. The company reveals three Core-M processors: 5Y70, 5Y10, and 5Y10a, all dual core / quad thread processor with base frequencies between 800 and 1,100 MHz, and turbo frequencies between […] 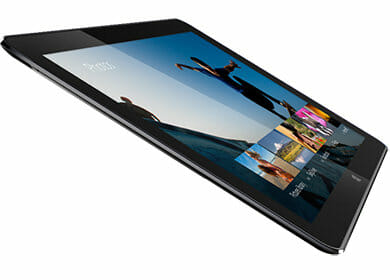 Intel has unveiled a thin tablet reference design at Computex 2014, in Taiwan, which is based on their upcoming “Broadwell” Core M processor manufactured using 14nm process technology, which will be the most power efficient Intel Core processor to date. Intel fanless mobile PC reference design features a 7.2mm thick, 12.5″ tablet that weights 670 grams. You can also connect it to a media dock providing additional cooling allowing more performance, as well as a keyboard dock. Intel expects 2-in-1 products (tablet + laptop) based on Intel Core M to be available later this year.     Intel claims 60% lower power dissipation, 20 to 40% better performance, and 10 to 45% low SoC power, and half the package footprint compared to third generation “Haswell” Core processors, which will allow fanless and thin designs. Currently Mobile Haswell Core processors have a maximum TDP of 11.5W to 47W, so in theory, at best, Broadwell SoCs might achieve […]