Alldocube is a Chinese company known for its Cube Android tablets, and more recently, it has launched some Windows 8.1 tablets. The company has now announced its first Ubuntu tablet with Cube i7-CM featuring a recent low power Broadwell-Y Core M-5Y10 processor. 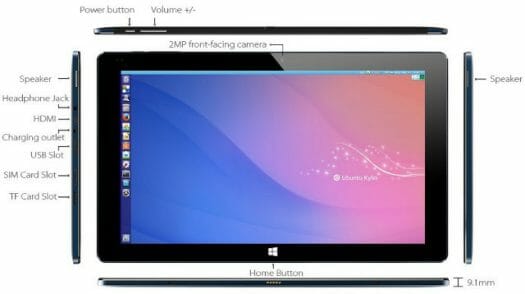 The tablet is sold with a charger and a USB cable, but an optional Bluetooth keyboard can be purchased separately to transform it into an Ubuntu laptop. It’s not quite sure which version of Ubuntu is pre-installed, either the Chinese version (Kylin) as shown above, or the standard one as shown below. 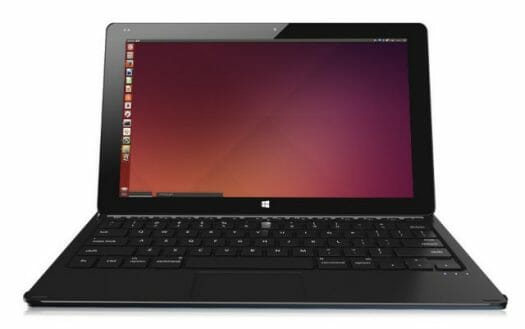 Core M-5Y10 is a relatively new processor, and although it’s quite faster than other low power Intel Celeron / Pentium processor, it’s also significantly more expensive. Liliputing recently reviewed a Core-M laptop, and compared performance to other Intel machines, with in some cases results not much better than Pentium N3530 Bay Trail-M processor, but others matching, or even outperforming Core-i3-4012y performance. 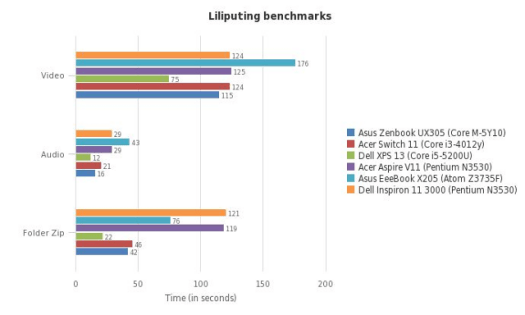 Alldocube will sell 100 pieces of the Ubuntu tablet for $399 on Aliexpress starting on April 5, after which the price is likely to move up to its current $532, and $620 with the Bluetooth keyboard / dock. Please note that the 64GB version is running Ubuntu, while the 128GB version is allegedly running an unlicensed version of Windows 8.1.

Via Liliputing and GizChina

It is fun to see the Windows logo in center of the lower part of the frame :).

All benchmarks found on Core M are showing they all of them are dog slow, everyone really should use some generic benchmark and start to compare them against all these ARM quads, like Exynos, RK, AllWinner, etc., as they should be pretty comparable… Even if it is bad PR against Intel, so of course all those sponsored sites will not do it, but maybe some smaller one that is not (yet) sponsored by Intel for propaganda reasons might give it a shot?

We all know how the latest Core M-based MacBook perform after all. 😉

@anon Well this is not entirely true I’m afraid. According to these tests the Core M SOC is about 2-2.5 times faster than a BayTrail: http://www.tomshardware.com/news/intel-core-m-broadwell-benchmarks,27656.html Of course BayTrail is not the fastest thing thing but it’s decent … at around 30 000 in Antutu…. You also have to keep in mind that x86 does offer some value because it can run Windows, binary stuff on Linux …. Also Intel provides full open source support for Linux which ARM doesn’t really give a shit about ( with their closed source Mali crap ) so … Yes it could be cheaper… Read more »

@Marius Cirsta Yeah, sure it beats the old Atom architecture to the ground, but so does these new ARMs on CPU computation, that’s why I see the modern ARMs being able to compete on many benches from (Phoronix) PTS, sure Intel has a better Linux/GPU support, but as a pure CPU processor the ARMs would make a close call comparison. These low-power ARM systems are the best things for headless servers, and of course pure CPU processing (per Watt). Sure the Xeon D beats everything on that application, but then it becomes performance/$ competition, and hopefully AMDs ARM chips will… Read more »