Grbl_ESP32 CNC development board is a breakout board for NodeMCU 32S board that also takes three stepper motor drivers, and designed to run Grbl open-source Arduino firmware to control wireless CNC machines. Grbl_ESP32 CNC breakout board specifications: Socket for NodeMCU 32S board with ESP32 WiFi and Bluetooth dual-core SoC 3 sockets for stepper motor drivers such as TI DRV8825 types and others. Micro-step selection jumpers included. MicroSD card socket Home/Limit switch connections for XY and Z axes. Control switch input connections for Feed Hold, Cycle Start, Reset, and Door. Spindle output for PWM to control speed. 3A DC-DC power supply to run the ESP32 if it is not connected to USB Grbl CNC firmware was initially developed for the Arduino UNO and basic 3 axis CNC routers around 10 years ago, but has since then been ported to other CPUs and is now found in other types of CNC machines as well as 3D printers. You’ll find the Grbl firmware […]

Hey Karl here. Back in September of 2018 I reviewed the Sainsmart Genmitsu 3018 Pro. Sainsmart has now further upgraded the 3018 and asked for a review of it. Let’s take a look at the changes and the evolution of the 3018 and see if the increase in price is worth it. You can find the original 3018 on sale for about $200. The pro version can be found for about $250, and the CNC Router 3018-MX3  for $350. I won’t go into too much detail like I did in the previous review. I suggest reading the pro version after reading this one. Most of the experiences and solutions apply to this version. Build Building the CNC Router 3018-MX3 was a breeze. The instructions are fantastic. I struggled a little bit to read the small booklet that came with the kit and afterwards I found a PDF on the Sainsmart wiki. The instructions go into a level of detail I […] 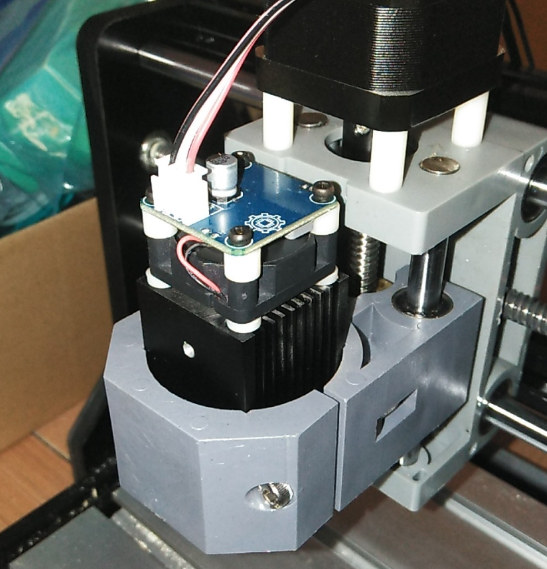 Hey Karl here with a small update for the SainSmart Genmitsu CNC Router 3018 review. In the first part I described the build and first cuts. And in this part I am calling it 1.5 because it is to just talk about the optional laser attachment that was just made available and initial impressions. In the first part I commented about the laser connector on the board. The stars aligned and Sainsmart asked if we wanted to check out their  2.5W PWM controlled laser sold for $89.99 with free shipping. Installation In the box all you get is the laser itself and some eye protection. At first I wanted to mount the laser on the side of the tool head so it would be easy to change between CNC and the laser. I took the laser apart and was going to use the 2 mounting holes and ended up breaking a solder connection for the fan. After soldering the wire […] 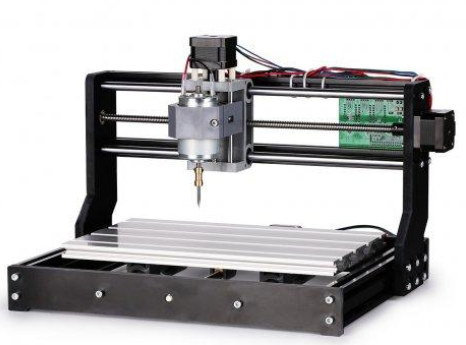 Hey Karl here. Today we are going to look at something a little different. I am writing about my experiences with building Genmitsu 3018 CNC router upgraded version provided by Sainsmart for this review. While waiting on the unit to arrive I did some research and found that there are several different versions on the market labeled CNC xxxx. The xxxx represent the build volume in the x and y. So the one I was sent has a 300x180mm build volume. The 3018 is called upgraded because the new mounting for the X and Y rods and lead screws. On the previous version these had to be mounted and manually aligned which from what I read can be a pain. Building Genmitsu CNC 3018-PRO CNC Router The build went very well. The 3018 user manual was mostly pictures but they called out anything that might be questionable. I had been talking about the CNC/engraver with my kids and they were […]