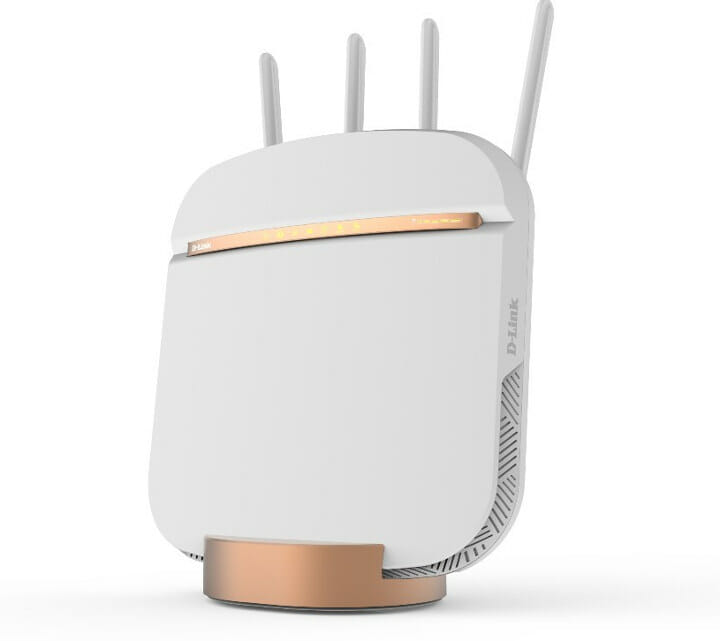 It’s possible to use 3G/4G WiFi router either with built-in support or an external cellular USB dongle, but most people likely do so as a backup solution since fixed broadband Internet is usually cheaper and faster, obviously depending on your location. But things may be different with 5G connectivity as currently announced 5G modems, such as Qualcomm Snapdragon X50 or Samsung Exynos Modem 5100, promise download speeds of up to 5 to 6 Gbps. D-Link has unveiled 5G NR WiFi 5 gateway for the home market with D-Link DWR-2010 right before CES 2019. The 5G NR enhanced gateway supports download speeds that are over 40 times faster than the average fixed broadband speed of 70 Mbps in the US, so that would be close to 3 Gbps. D-Link DWR-2010 5G NR enhanced gateway key features: 5G connectivity Chipset – Qualcomm SDX55 (Snapdragon X55) Embedded 5GNR NSA module (3GPP Rel.15) Sub-6 […]

D-Link Boxee Box is a Linux based media player powered by Intel Atom CE4100 processor that became available in 2010, and features a dual sided  RF remote / QWERTY keyboard that probably inspired many of the air mouse that are available today. The box features many of the ports and connectors that are available on most Android STB today, namely an HDMI port, an optical S/PDIF) out, a stereo analog audio out, Ethernet and 802.11n Wi-Fi, two USB ports, and an SD card slot. Many people however got disappointed with the firmware at launch time, and even if subsequent firmware updates have improved the user experience, some people have considered it was worth the effort to port XBMC to the device. Myles McNamara wrote the instructions to install XBMC on D-Link Boxee Box. I’ll summarize the steps below, and it appears to be relatively easy. Installing Boxee+Hacks to gain root […]

D-link Boxee set-top-box is available for  pre-order on amazon for 199 USD. It can only be pre-ordered to addresses in the US for now and shipments should start in November. D-Link disclosed that its device is based on an Intel Atom processor CE4100 (Sodaville), not an ARM or MIPS processor as many other STBs do. It is running on embedded Linux. Key features listed by D-Link for the device (beside its weird shape) are basically those of the Boxee media-streaming software on which it’s based: Enjoy thousands of shows available for free from your favorite networks, ready to watch at any time Check-out free movies from the web & watch new releases in stunning HD from premium movie services Play videos, songs, or pictures from your computer or home network Plays any non-DRM video, music, and photos and media from anywhere on the Internet The device features the following input/output and […]