HD18T is an Android media player powered by Amlogic AML8726-MX dual core Cortex A9 processor and featuring a DVB-T2 tuner, and that’s the device I’m giving away to a lucky commenter today. Since the processor has been around for a while, I haven’t done a full review, but instead I focused on the DVB-T2 part. The results were mixed, as while I could scan and watch SD and HD TV channels fine, the videos recorded did not get any audio, possibly because I switched channels during recording, but that’s strange since the video was recorded just fine. However, some people based in Singapore mentioned that while DVB-T works, DVB-T2 does not work with this device, so your mileage may vary. All accessories above are included in the giveaway except the EU to US plug adapter  on the top right. You can find more pictures and full specs in the unboxing […]

After Vidon Box giveaway earlier this week, it’s time for another Vidon.me box with AV200 powered by Allwinner A31 qaud core Cortex A7 processor coupled with 2GB RAM and 8GB eMMC, and a metallic body. In Vidon.me V200 review, I concluded the box had pretty good video decoding capabilities in XBMC, as well as fast Wi-Fi, but the box still suffered from a few stability issues, and since the device was phased out, quite unlikely to get further firmware updates. All accessories shown above are included except the HDMI cable. You can check out more pictures here. To enter the draw simply leave a comment below. Other rules are as follows: Only one entry per contest. I will filter out entries with the same IP and/or email address. Contests are open for 48 hours starting at 10am (Bangkok time) every day. Comments will be closed after 48 hours. Winners will […] 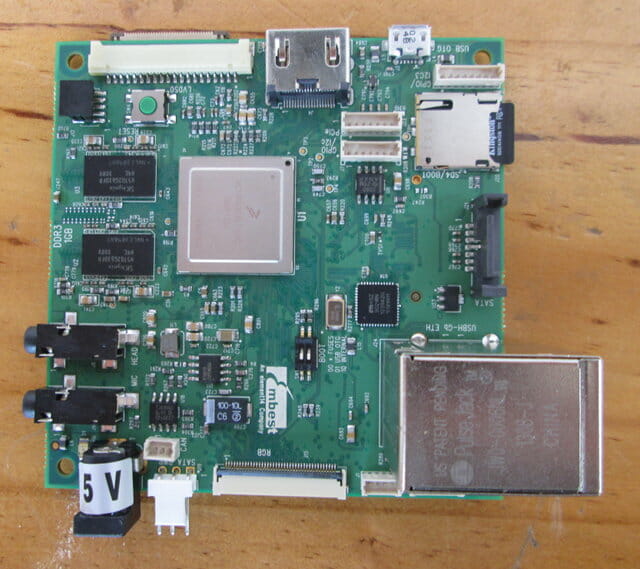 Here’s a development board for a change. Freescale SABRE Lite is a board powered by Freescale i.MX 6Quad processor that I got during a giveaway organized on Element14…  It’s a great board for Linux development thanks to the extensive documentation released by Freescale. After writing a short unboxing and quick start guide post, I planned to try a few more things on the board, but as I ended up owning Wandboard Dual and Quad boards, the mbest made board ended up collecting dust, so it’s much better to give it to somebody who certainly make good use of it. The box will have most items shown above, except the serial NULL cable  which I keep for other experiments. The rules are the same as usual, simply leave a comment below to enter the draw. Other rules are as follows: Only one entry per contest. I will filter out entries with […]

Today, I’d like to give away RipplTV, an Android TV box based on M8 hardware with Amlogic S802, 2GB RAM, and 8GB eMMC, but putting XBMC front and center, as the popular media center is used as the default launcher in this media player. When I tried RipplTV,  the device had a much better firmware than M8/TM8 from the same company (Shenzhen Tomato), although it was not always trouble free, as 3D gaming could be problematic (Riptide GP2), and I had to clear data for XBMC once to have it run correctly, but overall a pretty decent device. It probably never became very popular through due to the rather large difference in price with M8 TV box. You can get full specs and more pictures in the unboxing post. Please note that the 5V/2A power adapter is not included, since I cut the cable for some other purpose, so you’d […]

Vidon Box is the second item for the Giveaway Week organized on CNX Software. This nice looking media player is powered by Allwinner A31s with 1GB DDR3 and 8GB internal storage, and runs Android 4.4 with VidOn’s own XBMC version. VidOn Box is certainly not the fatest device around but in my review I found out that it mostly did the job with excellent Wi-Fi performance, and good XBMC support, but for some reasons transfer from USB hard drive was particularly slow, at least with the firmware version I used during testing. Some features that you may take for granted like Blu-ray playback and audio pass-through require a $15 one year membership, but one free year is included. I’m not sure if the one-year free card is transferable, so the giveaway winner may not be able to enjoy the remaining membership options without paying extra. Basic functionalities will work fine. […]

That’s the beginning of the new giveaway week that will take place between on March 9 – 15, with one device given away every day. I’ll start with a bang with Nagrace HPH-NTV6, an Android TV box powered by Rockchip RK3288 SoC with 4GB RAM and 32GB Flash. In my initial HPH NT-V6 review, I found the device to have very good performance, but at the time XBMC support was rather weak on RK3288, and the device had serious Ethernet issues. Since then XBMC / Kodi / SPMC has greatly improves, and the company recently released a new firmware that fixes the critical Ethernet performance bug, so in 2015 it has become a much better device. There’s also a Ubuntu / Android dual boot image. You can check out HPH NT-V6 unboxing post for more pictures. To enter the draw simply leave a comment below. Other rules are as follows: […]

WeTek Play is dual core set-top box officially supporting Android 4.4 and OpenELEC 5.0, and with support for several other Android or Linux distributions. I’ve recently written an updated review of WeTek Play with the latest Android 4.4 firmware, and it’s a pretty good device to watch Live TV either from the Internet via WeCloud Antenna app with over 180 free-to-air channels, or from satellite, cable or terrestrial TV thanks to the DVB-S2 or DVB-C/T/T2 tuner included in the box. EPG, PVR and timeshifting functions are all working very well, except some display issues with Asian languages. The company proposed to give away two WeTek Play STB to CNX Software readers. My model comes with a DVB-S2 tuner, but winners will be able to chose either DVB-S2 or DVB-C/T/T2 tuner as per their preference. Here’s what you have to do to enter the contest, and some terms and conditions: To […] 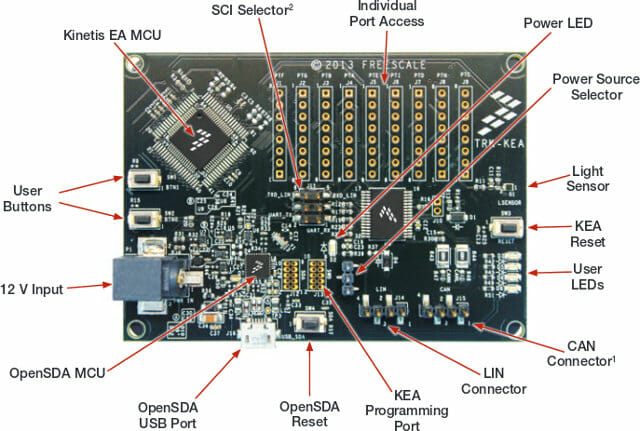 Freescale StarterTRAK development boards are based on the company’s Kinetis EA Cortex M0+ MUCs or Qorivva 32-bit MCU targeting automotive applications with support a wide temperature range (–40° to +125°C) and interfaces such as LIN (Local Interconnect Network) and CAN. These development boards can be used for body and security, powertrain, and safety & chassis applications. Freescale has decided to giveaway 60 StarterTRACK development board to random winners, so if you are knowledgeable in this field it could be an opportunity to try the platform. There will be 5 different kits given away, all based on Kinetis MCU: TRK‐KEA8, TRK‐KEA64, TRK‐KEA128, KEA128LEDLIGHTRD and KEA128BLDCRD. Let’s have a closer look at TRK-KEA128 development board. Key features and specifications of  TRK-KEA128 board: MCU – Kinetis KEA128 ARM Cortex M0+ MCU @ 48MHz with 16KB RAM and 128KB flash in a 80 LQFP package On-board openSDA debugging and programming circuit using the PK20DX128 MCU […]