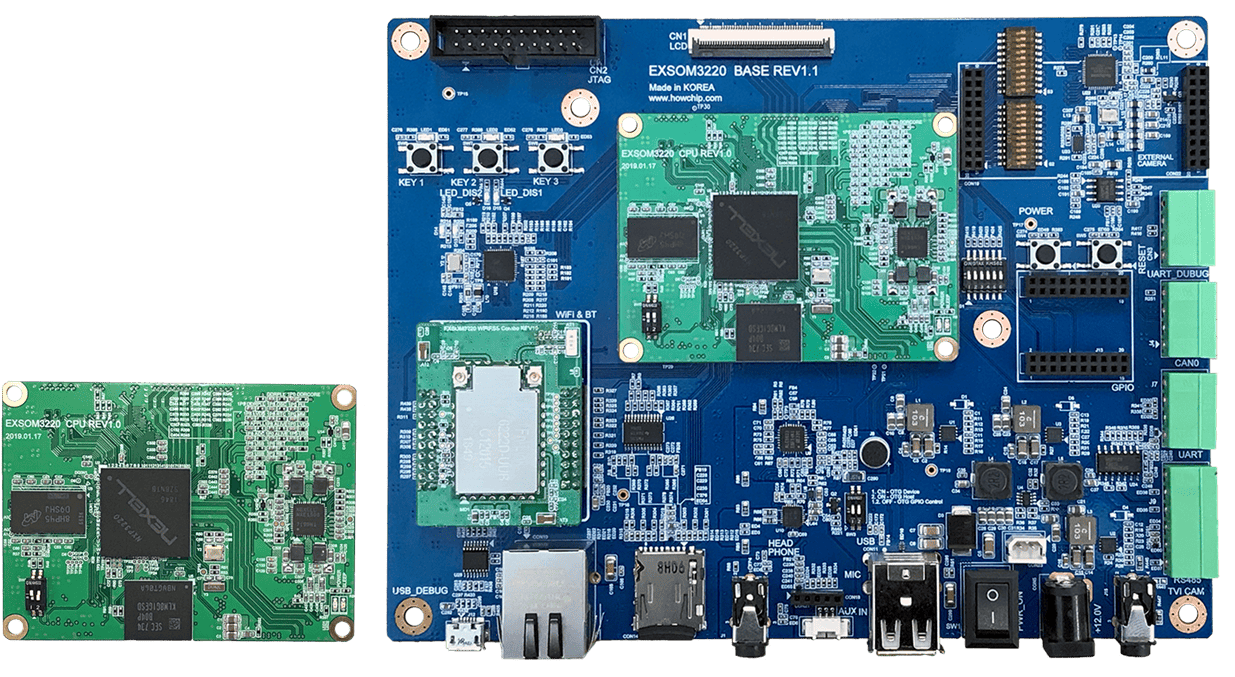 Howchip has announced 2 development boards based on Nexell processors. Even though pricing is not available yet for these boards, we can now know their main features. Both development boards have been launched as COM & carrier development kits. Scorpion 3 is mainly focused for developments where a powerful dual-core Arm Cortex-A7 NXP3220 featured with Linux 4.14 can be enough, and Scorpion 5 seems to be focused for applications which may have more intensive requirements, for instance in terms of user interface, being based on a quad-core Arm Cortex-A9 NXP4330Q featured with Android Nougat and with UI specific features like 3D-Graphics Accelerator. Even though there is not so much information, Howchip also announces as “coming soon” the Scorpion 1 board, based on Exynos i T200 as an integrated IoT solution. Howchip Scorpion 3 Howchip Scorpion 3 is a great embedded computer in a board whose form factor is only 68x50mm. […] 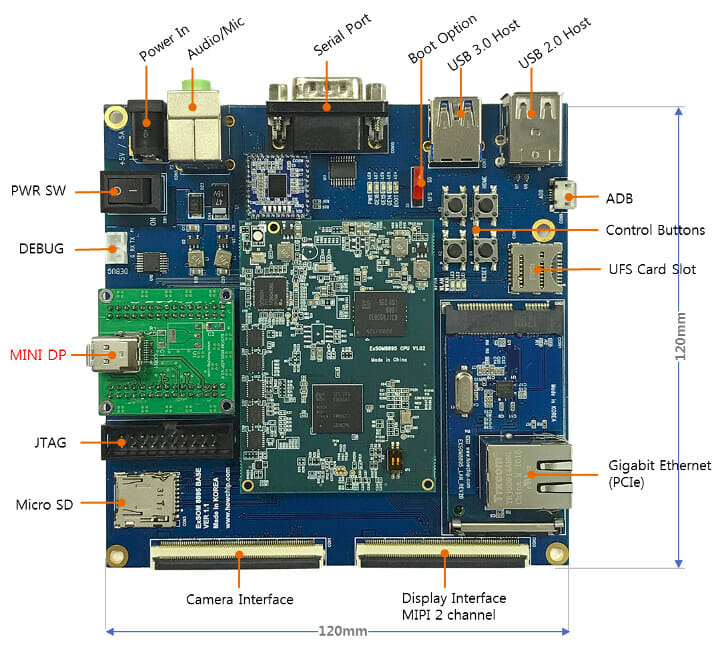 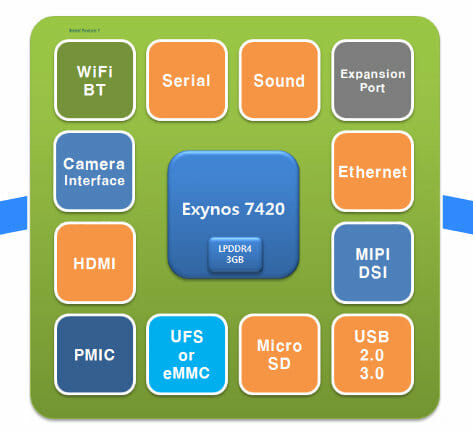 We’ve already seen a few Cortex A53 boards announced in the last few months with Nobel64, as well as Hikey & DragonBoard 410c 96Boards, but none of them are based on the more powerful Cortex A57 cores. Howchip is going to change that with the upcoming ExSOM-7420SB single board computer featuring Samsung Exynos 7420 processor used in Galaxy S6 smartphone. The company has released very few details about the board, except the block diagram above that shows Exynos 7420 with 3GB LPDDR4 PoP memory, and various interfaces such as USB 2.0/3.0, UFS/eMMC, Ethernet, HDMI, MIPI DSI, Camera, as well as Wi-Fi and Bluetooth connectivity. The board will support Android 5.0 Lollipop 64-bit. No word about Linux. That’s the video teaser, but you won’t learn much… More details should eventually be published on ExSOM-7420SB product page. Alternatively, Hardkernel will also probably launch an ODROID-XU4? board based on the latest Exynos 7 […] 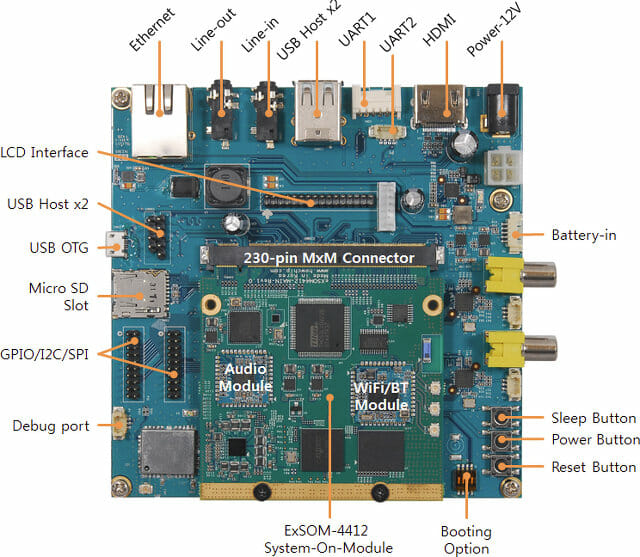 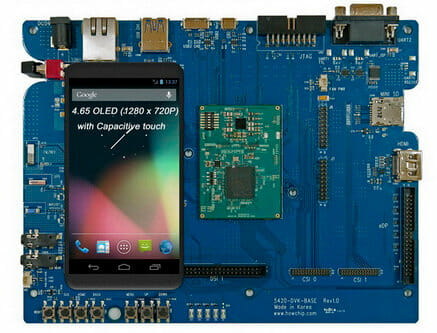 With Arndale Octa already shipping, and the upcoming ODROID-XU2, we already have two low cost boards with Samsung Exynos 5420 big.LITTLE processor for less than $200. But if you want a more complete kit, HOWCHIP 5420-DVK with a 4.65″ OLED display and capacitive touchscreen, 2GB RAM, 4GB eMMC, and various connectors, could be an option. There’s also a Lite version without the OLED display. The board is composed of a CPU module, a baseboard, and a phone like display. Here are the specifications: SoC – Samsung Exynos 5420 Octa with 4x ARM Cortex A15, and 4x ARM Cortex A7 in big.LITTLE configuration, with Mali-T628 GPU. System Memory – 2GB LPDDR3 (POP with CPU) Storage – 4GB eMMC 4GB on board, SD card Slot Video Output HDMI type A connector MIPI DSI header up to 1980×1080 eDP (Embedded Display Port) header up to 2560×1600 Display – 4.65″ OLED (1280×720) with touch […]