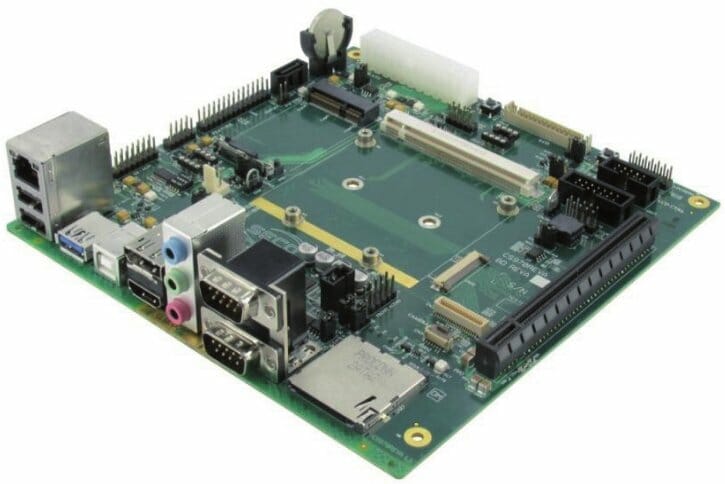 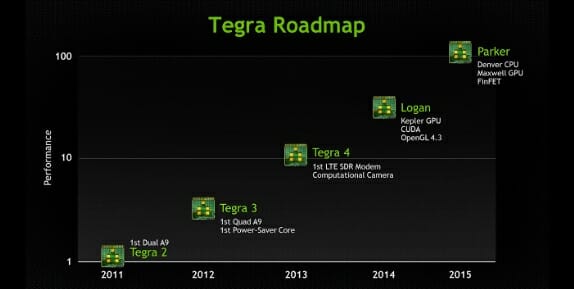 Nvidia has given an update about the roadmap for its Tegra processor at the GPU Technology Conference in San Jose, California. Tegra 4 will still be followed by Logan (Tegra 5) as planned with a Kepler GPU and support for CUDA and OpenGL 4.3, but “Stark” has been replaced by “Parker” (Tegra 6) which will be the first 64-Bit Tegra processor based on Denver CPU, Maxwell GPU and make use of Finfet transistors. Logan will be available in 2014, and Parker should be available in 2015 with 100 times more performance than Tegra 2. With this kind of performance, the separation line between desktop and mobile processors will be gone. Nvidia also unveiled Kayla (“Logan’s girlfriend”), a development platform for CUDA and OpenGL based on Tegra 3 quad-core ARM processor and a Kepler GPU connected via a PCI express slot. Jen-Hsun Huang (above) showcased Kayla performance by running real-time ray […]