Since you can’t always rely on single board computer (SBC) vendors to provide a case to match your needs, some went the DIY route. Willy Tarreau designed some laser-cut enclosures with Inkscape for various SBCs, while hominoids went a step further by developing the “SBC Case Builder” tool to automatically generate various types of 3D printable enclosures using OpenSCAD. Willy designed five similar enclosures for Khadas VIM3/VIM3L, FriendlyELEC NanoPi Fire3, SolidRun Clearfog Base networking SBC, Libre Computer AML-S805X-AC (aka “La Frite”), and AAEON UP Board. All cases are available in Inkscape SVG format, and Willy accepts contributions for other boards. You’ll need a laser engraver or CNC router to cut out those enclosures. Hominoids’ SBC Case Builder project attempt to automatize enclosure generation for SBCs using SBC Model Framework written in OpenSCAD. Work has focused on ODROID boards so far, but it should work for other vendors too. The parameters […] 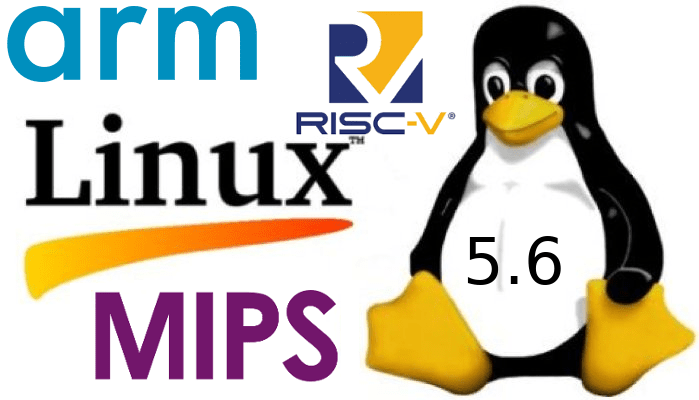 Linus Torvalds has just announced the release of Linux 5.6 on the Linux Kernel Mailing List: So I’ll admit to vacillating between doing this 5.6 release and doing another -rc. This has a bit more changes than I’d like, but they are mostly from davem’s networking fixes pulls, and David feels comfy with them. And I looked over the diff, and none of it looks scary. It’s just slightly more than I’d have preferred at this stage – not doesn’t really seem worth delaying a release over. So about half the diff from the final week is network driver fixlets, and some minor core networking fixes. Another 20% is tooling – mostly bpf and netfilter selftests (but also some perf work). The rest is “misc” – mostly random drivers (gpio, rdma, input) and DTS files. With a smattering of fixes elsewhere (a couple of afs fixes, some vm fixes, etc). […] 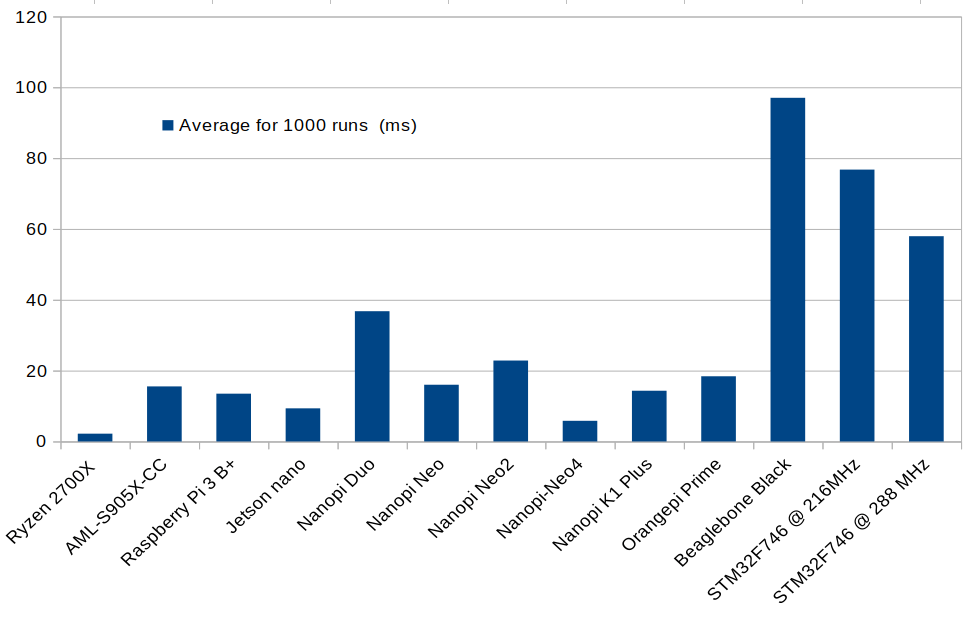 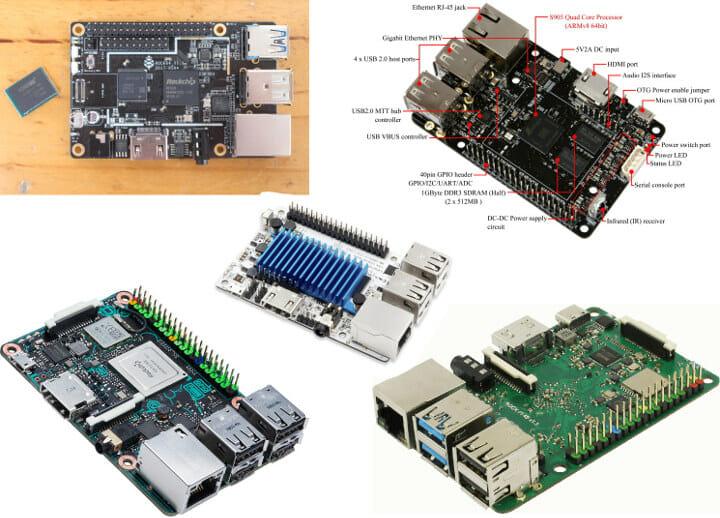 The Raspberry Pi boards are great little Arm Linux SBC’s with a low price and great community support. But the Broadcom processors used in the boards are also fairly old so they may not be suitable for some projects. If your application needs or would benefit from modern features such as memory over 1GB RAM, an actual Gigabit Ethernet port, USB 3.0 port(s), 4K video output, or H.265 hardware video decoding you’ll have to find Raspberry Pi alternatives. I’ll point out 5 alternative single board computers in this post from the point of view of existing Raspberry Pi users, who will want good software support and a board with the same or similar form factor as Raspberry Pi 3 Model B/B+ in order to reuse their add-on boards and/or enclosures. Price has to be competitive as well, so nothing above $80 will be mentioned. The boards are not listed in […] 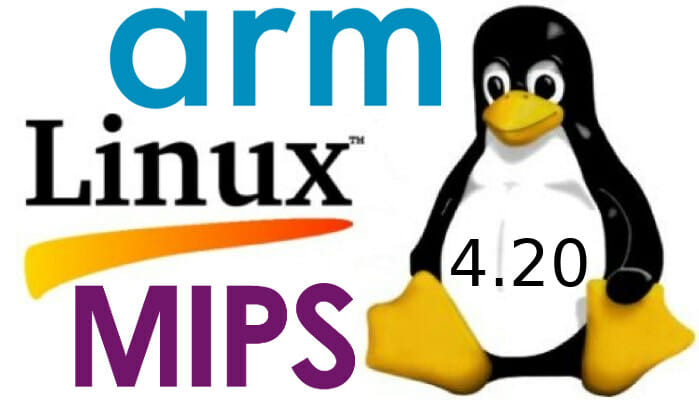 After Greg K-H handling Linux 4.19 release, Linus Torvalds is back at the helm, and released Linux 4.20 just before Christmas: Let’s face it, last week wasn’t quite as quiet as I would have hoped for, but there really doesn’t seem to be any point to delay 4.20 because everybody is already taking a break. And it’s not like there are any known issues, it’s just that the shortlog below is a bit longer than I would have wished for. Nothing screams “oh, that’s scary”, though. And as part of the “everybody is already taking a break”, I can happily report that I already have quite a few early pull requests in my inbox. I encouraged people to get it over and done with, so that people can just relax over the year-end holidays. In fact, I probably won’t start pulling for a couple of days, but otherwise let’s just […] 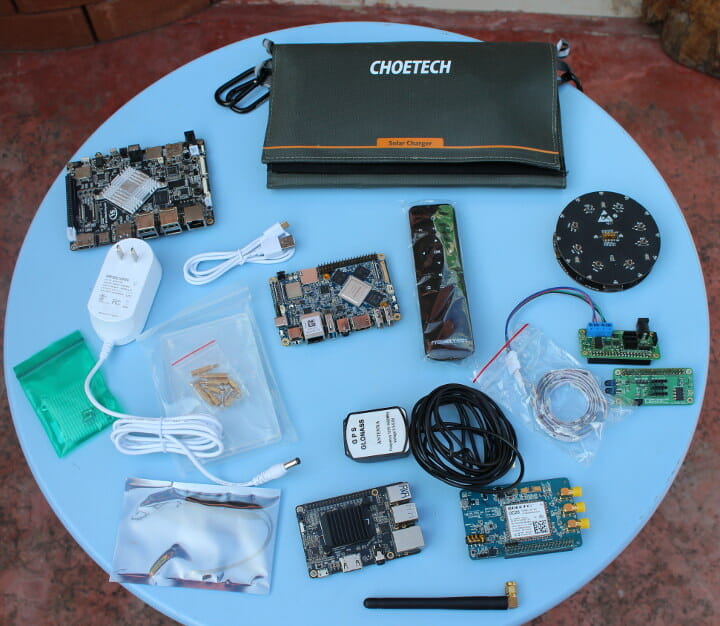 We just had a week of fun on CNX Software with our yearly “Giveaway Week” activity where 7 prizes – from development boards to Raspberry Pi add-on boards or solar chargers – were randomly given away to people who entered by leaving a comment. The winners are in, with Asia starting strong, but Europe quickly taking the lead, and the US ending up the giveaway with a great (again) finish. Here’s the full list of winners: Videostrong VS-RD-RK3399 development board – Việt trần, VIETNAM CHOETECH Solar Charger – Erki, ESTONIA ESP32-LyraTD-MSC audio mic HDK – Ron, The Netherlands ROC-RK3328-CC development board – Dainis, LATVIA (a second time winner having previously won during Giveaway Week 2016) ThaiEasyElec 3G GPS Raspberry Pi Hat – zmlopez, SPAIN ANAVI Infrared and RGB strip pHAT – Joe, USA NanoPC-T4 development board – Jeffrey, USA I’ve just send all 7 packages earlier this afternoon. Hopefully, the […] 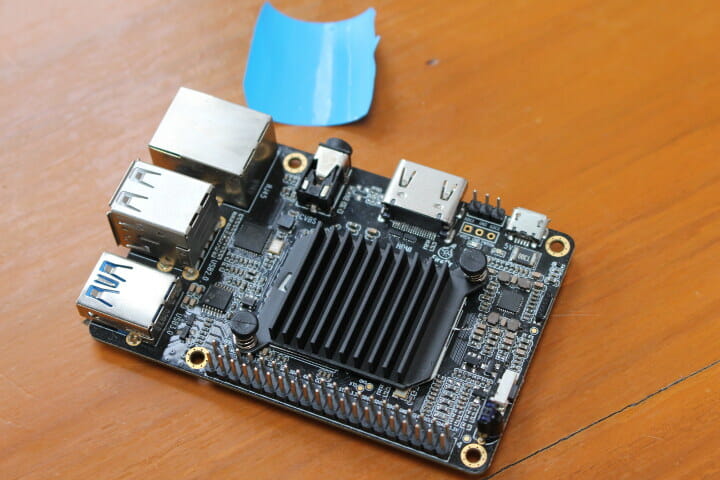 What will be the prize on the fourth day of this year’s giveaway week? Libre Computer ROC-RK3328-CC, a development board based on Rockchip RK3328 processor and mostly following Raspberry Pi 3 form factor. When I reviewed the board with Debian 9 last summer, I was mostly reminded how important fast storage and proper power supply were important. I had some kernel panic when using slow storage (micro SD card), but when I switch to the eMMC flash stability improved a lot. I also had some troubles with my USB 3.0 hard drive, but switching from a 5V/2A power supply to a 5V/2.5A power adapter solved most of my problems. Once I had “solved” those two issues the board worked fairly well, and Libre Computer always aims for mainline Linux support on their board, so that’s an advantage to take into consideration. The kit offered includes the board and heatsink, so […] 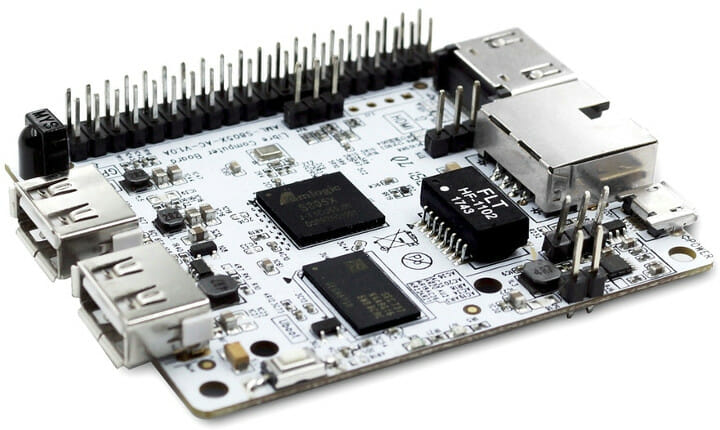 Libre Computer first started with their AML-S905X-CC (aka Le Potato) board powered by Amlogic S905X processor last year, and they’ve since then launched several other boards based on Allwinner or Rockchip processor. But their latest “La Frite” board – also known as AML-S805X-AC – is an even lower cost version of the “Le Potato” board, with an Amlogic S805X processor limited to 1080p60 output and video decoding, a smaller footprint based on the one for Raspberry Pi Model A+, and price starting at just $5 on Kickstarter. AML-S805X-AC “La Frite” board specifications: SoC – Amlogic S805X quad core ARM Cortex-A53 processor @ 1.2 GHz with penta core ARM Mali-450MP GPU @ 650 MHz, and Amlogic Video Engine 10 System Memory – 512 MB or 1GB DDR4 @ 2400 MHz Storage –   eMMC module connector, 128 Mb SPI NOR flash Video & Audio Output – HDMI 2.0 port Video Codecs Decoding […]