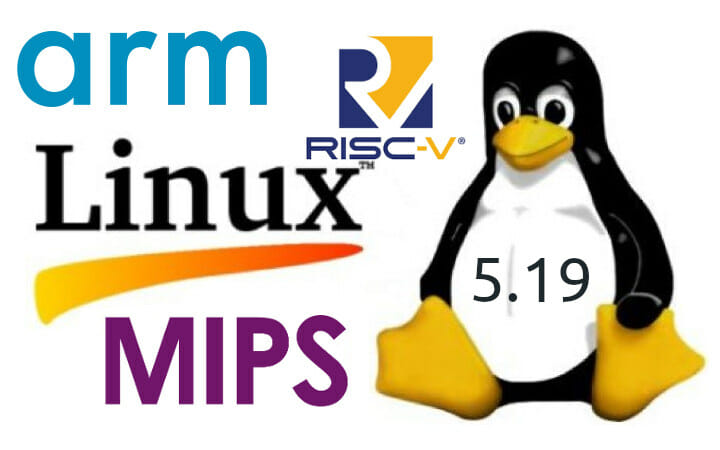 Linus Torvalds has just announced the release of Linux 5.19. It should be the last 5.xx version, with Linux 6.0 coming for the next cycle: So here we are, one week late, and 5.19 is tagged and pushed out. The full shortlog (just from rc8, obviously not all of 5.19) is below, but I can happily report that there is nothing really interesting in there. A lot of random small stuff. In the diffstat, the loongarch updates stand out, as does another batch of the networking sysctl READ_ONCE() annotations to make some of the data race checker code happy. Other than that it’s really just a mixed bag of various odds and ends. On a personal note, the most interesting part here is that I did the release (and am writing this) on an arm64 laptop. It’s something I’ve been waiting for for a _loong_ time, and it’s finally reality, […] 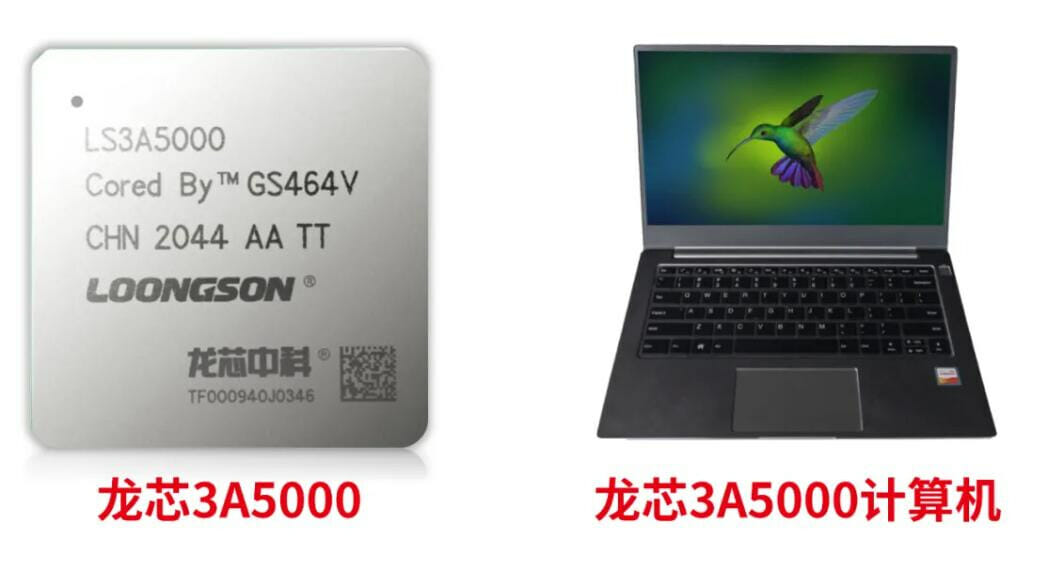 Loongson has officially launched the first processors based on LoongArch CPU instruction set architecture designed for made-in-China SoCs without the need to license technology made outside of China. Loongsoon LS3C5000L  (3C5000L) 16-core server processor clocked at up to 2.5 GHz is now official and is apparently comprised of four LS3A5000 (3A5000) LoongArch processors designed for desktop computers and laptops. Loongson 3A5000 CnTechPost reports Loongson 3A5000 quad-core 64-bit GS464V processor runs at 2.3GHz-2.5GHz. GS464V microarchitecture comes with four fixed-point units, two 256-bit vector operations units, and two access memory units. The processor also includes two 64-bit DDR4-3200 controllers with ECC checksum support, as well as four HyperTransport 3.0 controllers with multi-processor data consistency support. Performance-wise, Loongson 3A5000 is said to achieve 26+ points in the single-core and floating-point SPEC CPU2006 benchmarks, and over 80 in the multi-core version of the benchmarks. That’s about 50 percent higher performance than the previous pin-compatible […] 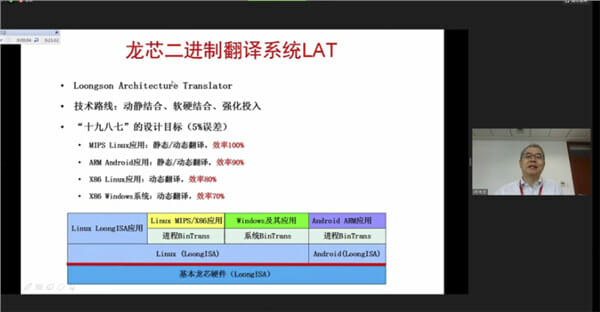 Loongson is a Chinese company better known for its MIPS processors, and we often see the company being mentioned in mainline Linux changelogs with regards to updated to Loongson MIPS SoC’s. But with the MIPS architecture fading away, the company has decided to create its own CPU instruction set architecture (ISA) called LoongArch, short for Loongson Architecture, that is independent of x86, Arm, and even RISC-V architecture. The reason for the move is that foreign CPU manufacturers use the instruction system as a means to control the ecology, and manufacturers like Loongsoon need to obtain “authorization” to develop compatible CPUs, meaning it’s impossible to develop an independent industrial ecosystem. Loongsoon further illustrates the point by saying “Chinese people can write novels in English, but it is impossible to form Chinese national culture based on English”. That makes sense considering the trade sanctions regularly imposed by the United States that make […] 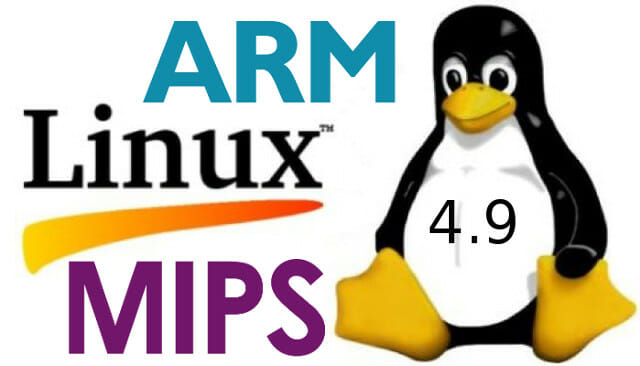 Linus Torvalds released Linux 4.9 on Sunday: So Linux 4.9 is out, and the merge window for 4.10 is thus open. With the extra week for 4.9, the timing for the merge window is obviously a bit awkward, and it technically closes in two weeks on Christmas Day. But that is a pure technicality, because I will certainly stop pulling on the 23rd at the latest, and if I get roped into Xmas food prep, even that date might be questionable. I could extend the merge window rather than cut it short, but I’m not going to. I suspect we all want a nice calm winter break, so if your stuff isn’t ready to be merged early, the solution is to just not merge it yet at all, and wait for 4.11. Just so you all know (I already bcc’d the main merge window suspects in a separate mailing last […] 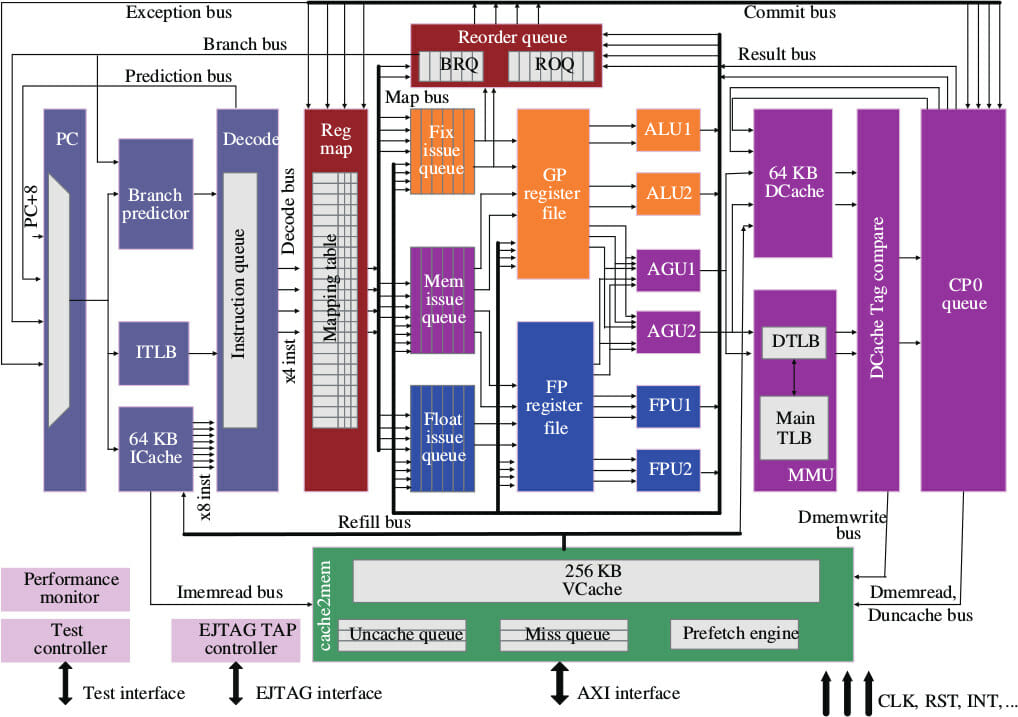 Loongson recently unveiled two new quad core processors Loongson-3A2000 & Loongson-3B2000 targeting respectively consumer electronics and server, and on the company’s new GS464E architecture using MIPS64 cores. Both processors are 4-way superscalar processors built on a 9-stage, super-pipelined architecture with in-order execution units, two floating-point units, a memory management unit, and a crossbar interconnect. According to Imagination Technology, Chinese media reported that 3A2000 CPU was designed at high-performance consumer electronics products such as desktop computers and laptops, 64-bit embedded and DSP applications, and network routers, while 3B2000 will be used in 8 to 16 core server systems, meaning there would be 2 to 4 quad core processors in these servers. I could not find anything about the new processors on Loongson product page, but a white paper describes GS464E architecture in details. Unfortunately, the document is entirely in Chinese, except the abstract and some charts and tables: Loongson GS464E is […]