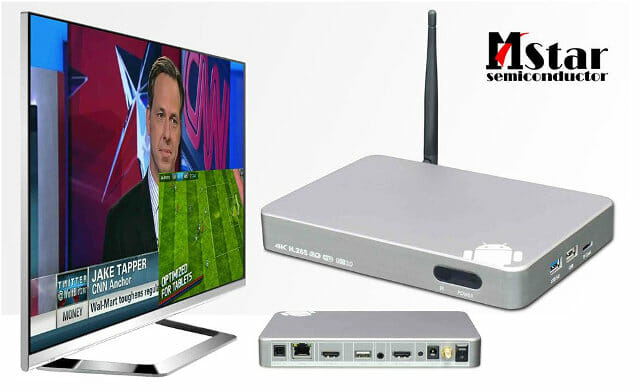 Shenzhen UyeSee Technology, a company specializing in audio / video products, has announced UyeSee T1H Android TV box powered by Mstar MSO9810 quad core processor, with 1 to 2GB RAM, 8 to 32GB eMMC flash, and featuring high speed ports such as Gigabit Ethernet and USB 3.0, as well as HDMI In supporting PiP (Picture-in-Picture) thanks to the dual decoder found in the processor. T1H is not the first Mstar 9810 STB I mention here, as Kaiboer already has a few models with Q5, Q6, and F5, but the latter focuses on the Chinese market, whereas Uyesee plans to expand to oversea markets, and the firmware is available in English, and other languages supported by Android, too. UyeSee T1H specifications: SoC – Mstar MSO9180 quad core ARM Cortex A9 @ 1.5GHz with a quad-core ARM Mali-450 MP2 GPU @ 500MHz. System Memory – 1GB to 2GB DDR3 @ 1866MHz? Storage […]