I’ve just been informed that VidOn.me has released XBMC for Android apks for their AV100 (based on AllWinner A20) and AV200 (powered by AllWinner A31) media players with accelerated hardware video decoding. It’s not clear yet whether these will run on any AllWinner A20 / A31 devices, or have been locked to VidOn players, but you can give it a try and download them for your platform(s): android42-Vidon.me-release-a20-AV100-free.apk – For AllWinner A20 android42-Vidon.me-release-a31-AV200-pro.apk – For AllWinner A31 VidOn does have a github repo for XBMC, but it hasn’t been updated for nearly a year, so the recent releases are not there (yet). I had never personally heard about this company, but an article on Wikipedia gives the following description with regards to XBMC: VidOn.me (or VidOnMe) is a company that maintain a commercial fork and derivative of XBMC media center software, and other than offering non-XBMC based media player software […] 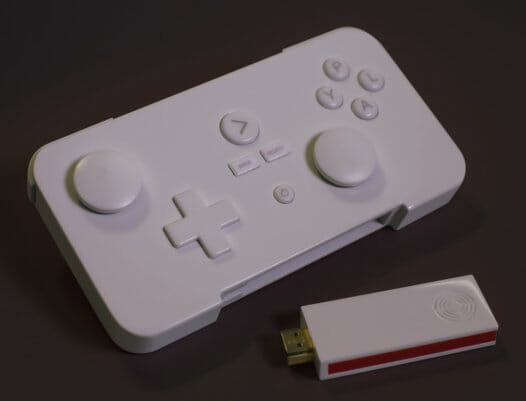 OUYA is not the only Android device specifically targeting games anymore, as PlayJam has launched a kickstarter campaign for the GameStick, a combo Android 4.1 HDMI TV dongle + BlueTooth game controller that you should be able to get by April 2013 with a $79 pledge. The neat thing is that it’s highly portable as the dongle fits inside the controller for transport. However, I don’t find the design of the controller as beautiful as OUYA controller. The specs of the GameStick do not quite have the same oomph as the OUYA either, but it should still play most Android games smoothly: SoC – Amlogic AML8726-MX dual Cortex cortex A9 @ 1.5 GHz + dual core Mali-400 GPU System Memory – 1GB DDR3 Storage – 8GB FLASH Video Output – HDMI. Final product will also feature MHL, but current prototypes are powered via USB. Connectivity: WiFi – 802.11 b/g/n Bluetooth […] 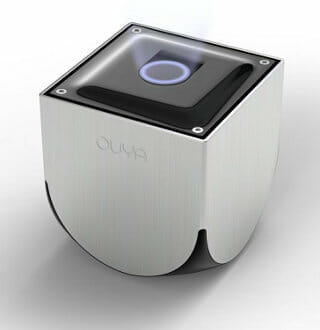 As the OUYA is slowly (but surely?) nearing its launch in March 2013, the OUYA Dev Kit can be pre-ordered for delivery in January 2013. The kit costs $800 and includes an OUYA console, 2 controllers and the ODK ( OUYA Software Development Kit). This devkit is targeted at game developers (Users better just wait the $99 version) who will be able to test their games and apps on OUYA hardware before the official release. The ODK should be available for download and the developer portal launched in December, As a reminder, here are OUYA (updated) specifications: Nvidia Tegra3 quad-core cortex A9 processor 1 GB RAM 8 GB of internal flash storage HDMI port (up to 1080p HD) WiFi 802.11 b/g/n Bluetooth LE 4.0 Ethernet USB 2.0 port Wireless controller with standard controls (two analog sticks, d-pad, eight action buttons, a system button), a touchpad Android 4.1 Jelly Bean If […] 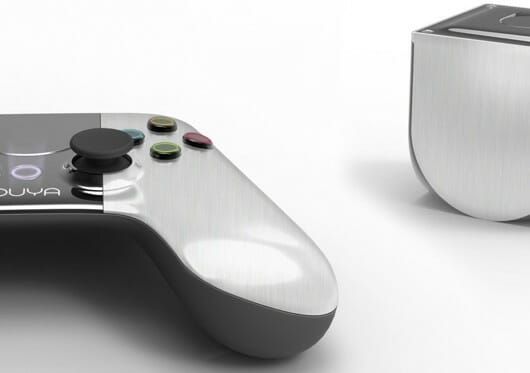 More and more new games are targeted to mobile devices such as smartphones and tablets running Android and iOS, and less games are developed for standard gaming console. To work around this issue, OUYA is working on a gaming console based on Android ICS called .. well… OUYA, and posted the project on Kickstarter to complete development and start manufacturing. Here are OUYA Specifications: Nvidia Tegra3 quad-core cortex A9 processor 1 GB RAM 8 GB of internal flash storage HDMI port (up to 1080p HD) WiFi 802.11 b/g/n Bluetooth LE 4.0 USB 2.0 port Wireless controller with standard controls (two analog sticks, d-pad, eight action buttons, a system button), a touchpad Android 4.0 Although you may just think it will just run existing Android games, the company expects the device to bring higher end games such as the ones available on console. Each box will be a development kit, and developers […]