As you probably know LG announced their Optimus 2X smartphone based on Nvidia Tegra 2 earlier this week. I’ve just come across a Korean website showing LG teaser video/advertisement. Watch it below. Jean-Luc Aufranc (CNXSoft)Jean-Luc started CNX Software in 2010 as a part-time endeavor, before quitting his job as a software engineering manager, and starting to write daily news, and reviews full time later in 2011. www.cnx-software.com 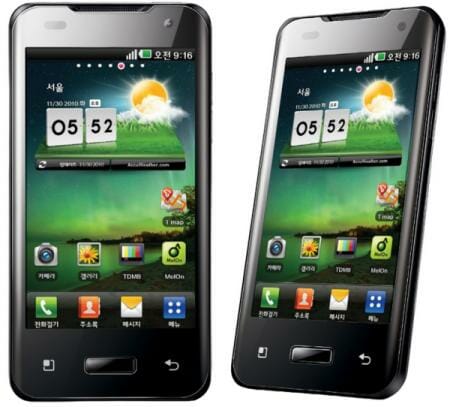 LG has just introduced the Optimus 2X (codenamed the LG Star), the first smartphone to run a dual-core processor namely Nvidia Tegra 2 @ 1GHz. The device will be initially available in Korea (Model: LG-SU660) in January 2011, and later in the year in Europe, then the rest of Asia (Model: LG-P990). LG Optimus 2X will be shipped with Android 2.2 upgradeable to Android 2.3 (Gingerbread). The phone features a 4-inch WVGA screen, 8GB of internal memory, microSD support (up to 32GB), HDMI output, Digital Multimedia Broadcasting (DMB), DLNA support, an accelerometer, a gyro sensor,  1080p MPEG-4/H.264 playback and recording and finally 2 cameras: an 8 megapixel back camera plus a 1.3 megapixel front camera for video calls. Please see the video below where the Optimus 2X is compared to the iPhone 4 and the Samsung Galaxy S. The LG Star is really the clear winner in terms of performance. […]