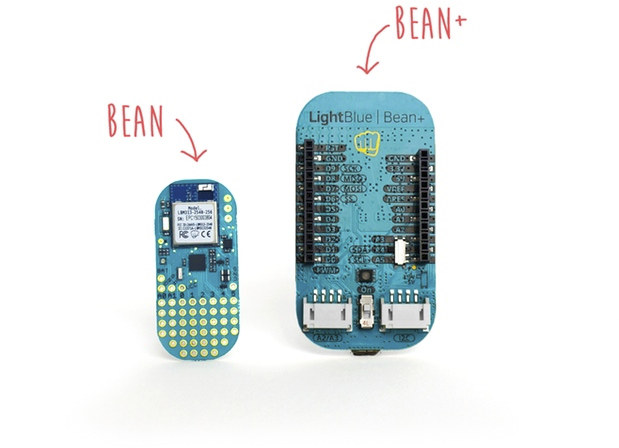 Punch Through launched a crowdfunding campaign back in 2013 for LightBlue Cortado an innovative Arduino compatible BLE board that can only be programmed wirelessly over Bluetooth Smart. The board has since then been renamed to LightBlue Bean, and the company allegedly delivered rewards to backers on time, a rarity in the crowdfunding world. LightBlue Bean+, the second version of the board, is larger with solderless headers, supports more Bluetooth LE capabilities such as MIDI, and includes a battery. The project launched on Kickstarter yesterday, and already raised over $40,000, surpassing the $30,000 funding target set by the team. LightBlue Bean+ board specifications: MCU – Info N/A (Bean has an Atmel ATmega328P @ 8MHz with 32KB Flash, 1KB EEPROM, 2KB SRAM) Bluetooth Bluetooth LE with support for 5 new capabilities: beacon, MIDI, HID, ANCS and observer role. Hardware module undisclosed (Bean has an LBM313 Module with Texas Instruments CC2540) Up to 400 meters range to other Bean+ boards, up to 250 meters […] 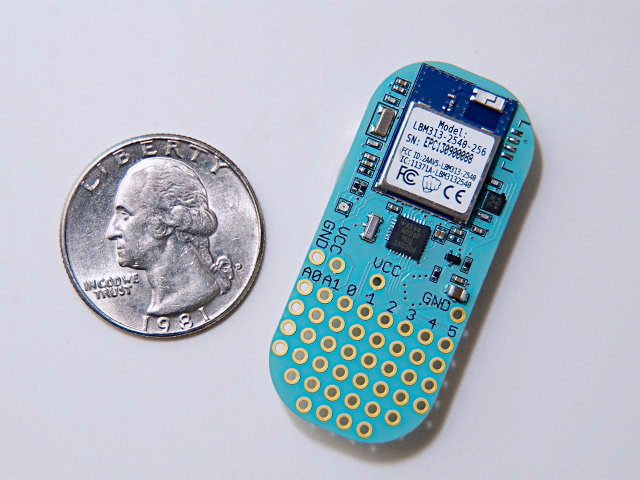 We’ve already seen several Bluetooth Low Energy (BLE) Arduino compatible boards being crowd-funded such as RFDuino and BLEDuino, but there’s now another board designed by Punch Through Design: LightbBlue Cortado. The board is programmed wirelessly directly via Bluetooth LE, instead of USB as in the two aforementioned boards, which means programming via iPad or Android tablets becomes more convenient. Here are the technical specifications of the board: MCU – Atmel ATmega328P @ 8MHz with 32KB Flash, 1KB EEPROM, 2KB SRAM Bluetooth – LBM313 Module with Texas Instruments CC2540, 256 KB Flash. Bluetooth range: 30.5m. Power consumption in sleep mode: 0.9μA I/O – 4 PWM pins, 2 Analog inputs, 8 GPIO,  I2C and SPI Sensor – 3-Axis Accelerometer Misc – RGB LED, protoboard section, adhesive backing Power – Coin cell battery. Battery life exceeding one year for low power applications There’s no USB, so the only way to program the board is via Bluetooth LE. This can be done via a PC running […]