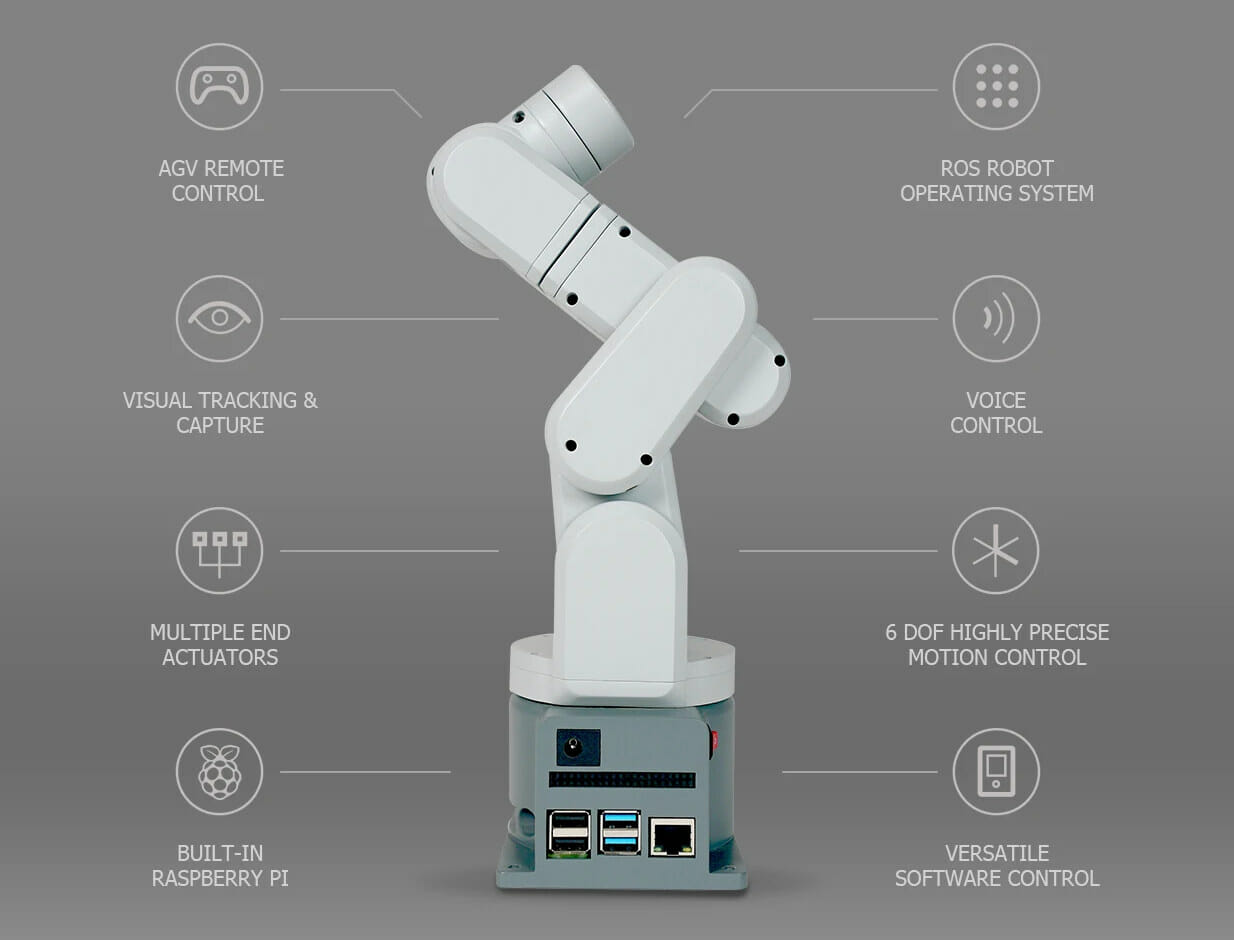 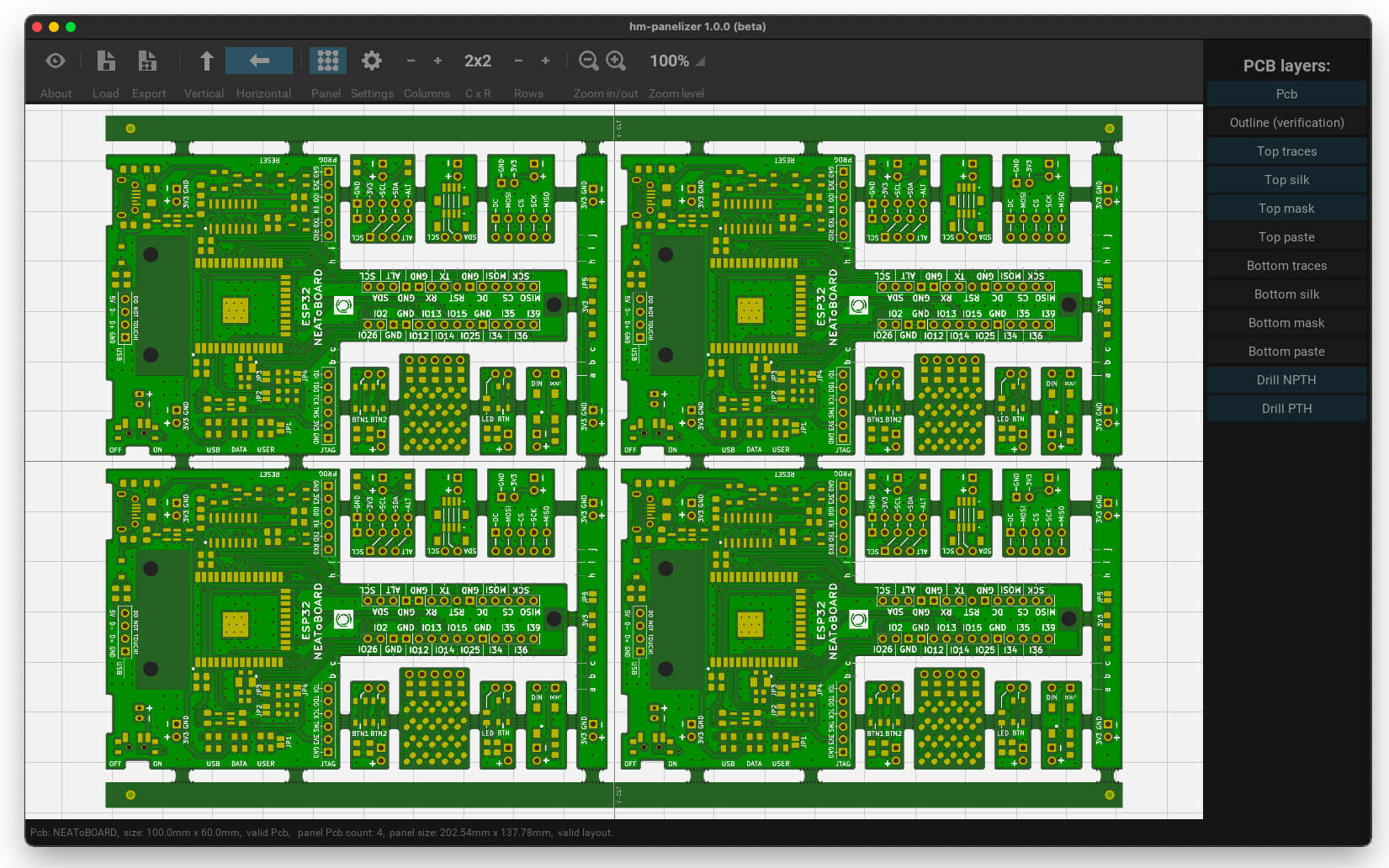 Gerard (aka halfmarble) has released hm-panelizer open-source software allowing for a panelization of PCBs via a simple GUI interface and doubling as a Gerber file viewer.  He’s mostly tested it with PCBs designed in KiCad 6.x, but it should also work with design files from other tools. Note that hm-panelizer is just a side project, and Gerard released it as an open-source project in hopes that it might be useful to users and the community will contribute to it. The project relies on kivy cross-platform library, pygame and pycairo libraries, as well as pcb-tools and pcb-tools-extension projects. There are some requirements for the utility to work on with your PCB : Use the metric system The PCB Gerber files must use Altium/Protel filename extensions The board outline gerber file (.gm1) must be present “Disable aperture macros” when exporting Gerber files (this may not be needed for simple designs and only […] 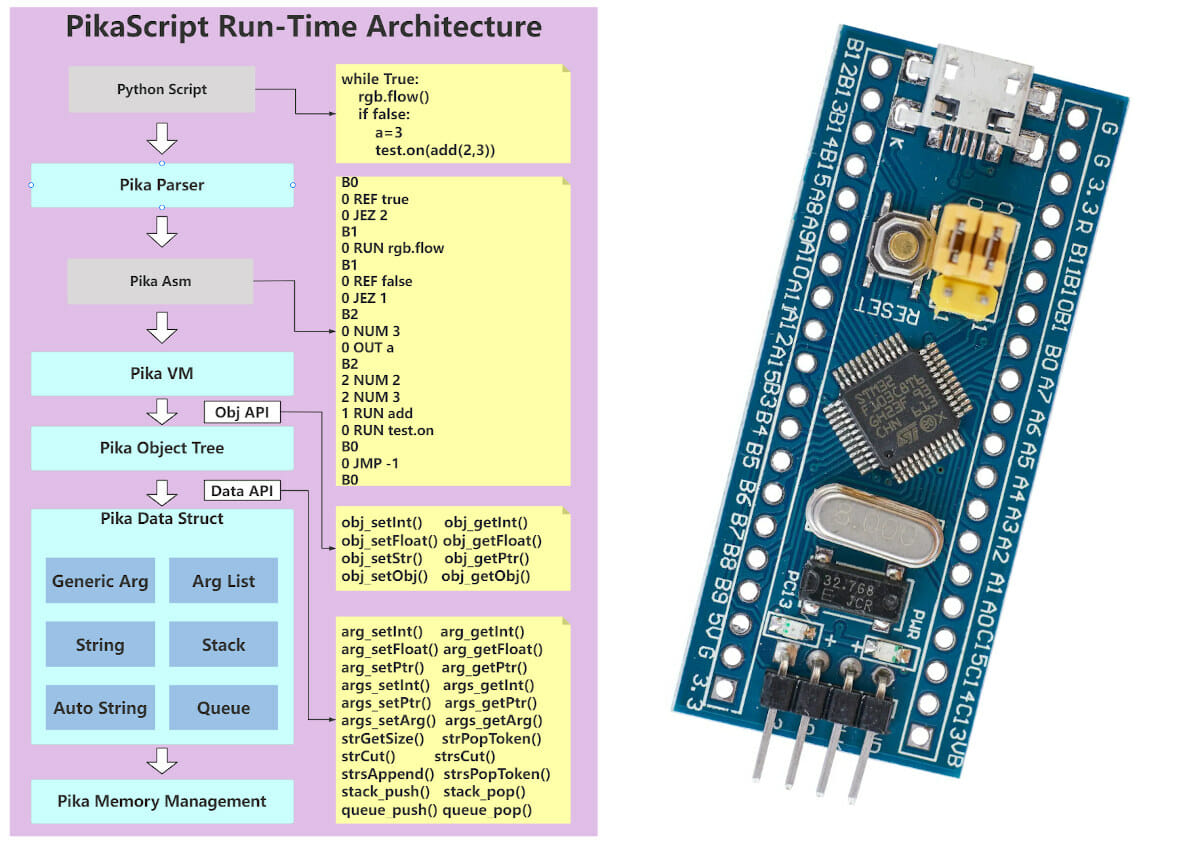 PikaScript is an ultra-lightweight Python engine that can run on microcontrollers with as little as 4KB of RAM and 32KB of Flash, while the more popular MicroPython requires at least 256kB of code space and 16kB of RAM. PikaScript was initially developed to run on STM32G030C8 and STM32F103C8 MCUs, meaning, for example, it works on the BluePill board, but it has also been ported to other platforms like WCH CH582 RISC-V MCU, WinnerMicro W806 C-Sky microcontroller, as well as other like Raspberry Pi RP2040, ESP32-C3, etc… but those are not quite as well supported with some features missing. PikaScript also permits the binding C function to a Python module through Pika Pre-compiler. PikaScript can run bare metal on the microcontroller, but also supports real-time operating systems such as RT-Thread and VSF (Versaloon Software Framework), as well as Linux. Just like MicroPython, it’s using a subset of Python 3, but I’d […] 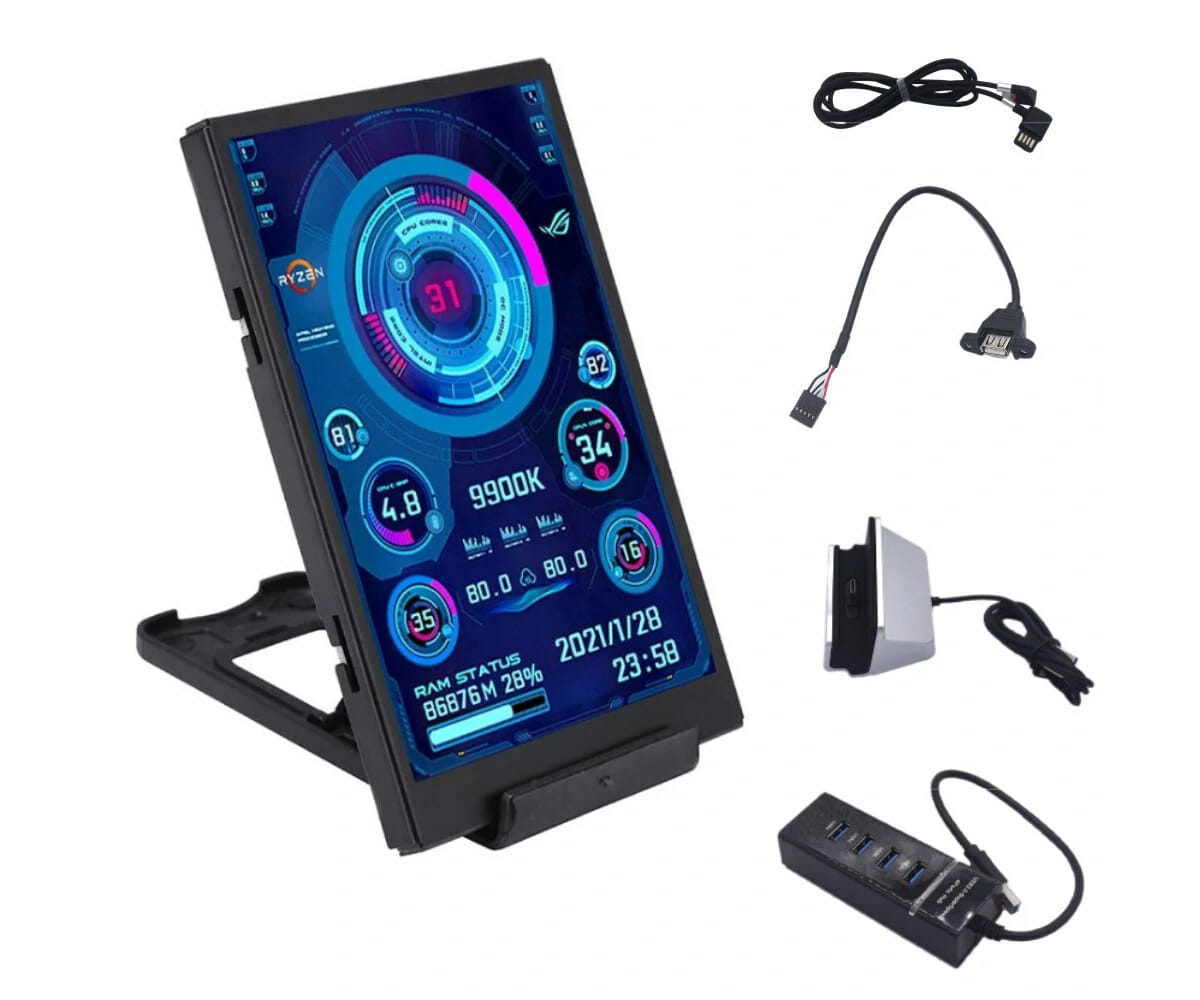 “Turing Smart Screen” is a low-cost 3.5-inch USB-C display that connects to systems with a USB port, and works with Windows, Linux (including Raspberry Pi), MacOS, and other operating systems that support Python3. But contrary to my initial assumptions, it does not exactly act as a second monitor, and instead, it is an information display, originally designed to show resource utilization, e.g. CPU and memory usage, in Windows, and controlled through commands send to the USB port. Turing Smart Screen specifications: 3.5-inch IPS display with 480×320 resolution, portrait and landscape support MCU – WCH CH552T 8-bit E8051 core MCU for USB devices Host interface – USB Type-C interface Auto start on power on Dimensions Product: 85 x 55 x 8 mm Display area: 74 x 49 mm The manufacturer says it works with Windows only using its own software, and not AIDA64. The Windows software features functions to change the […] 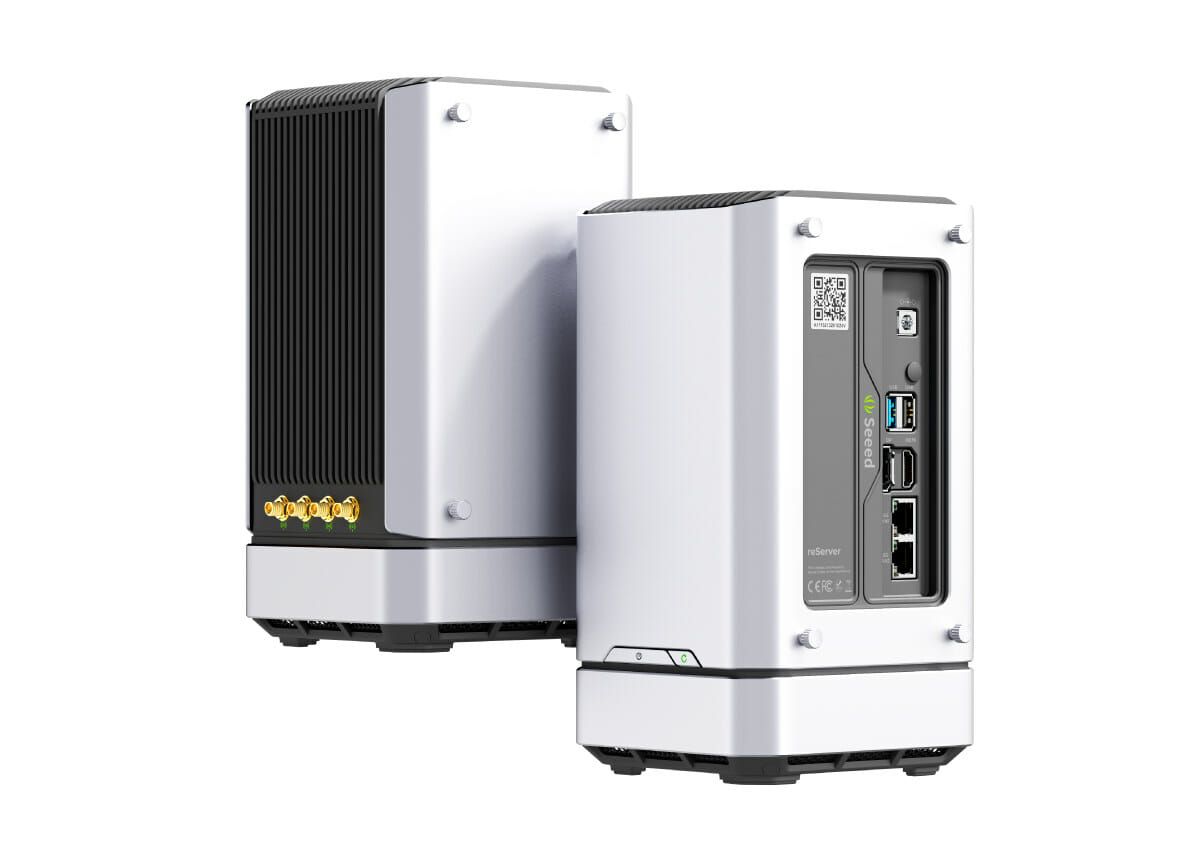 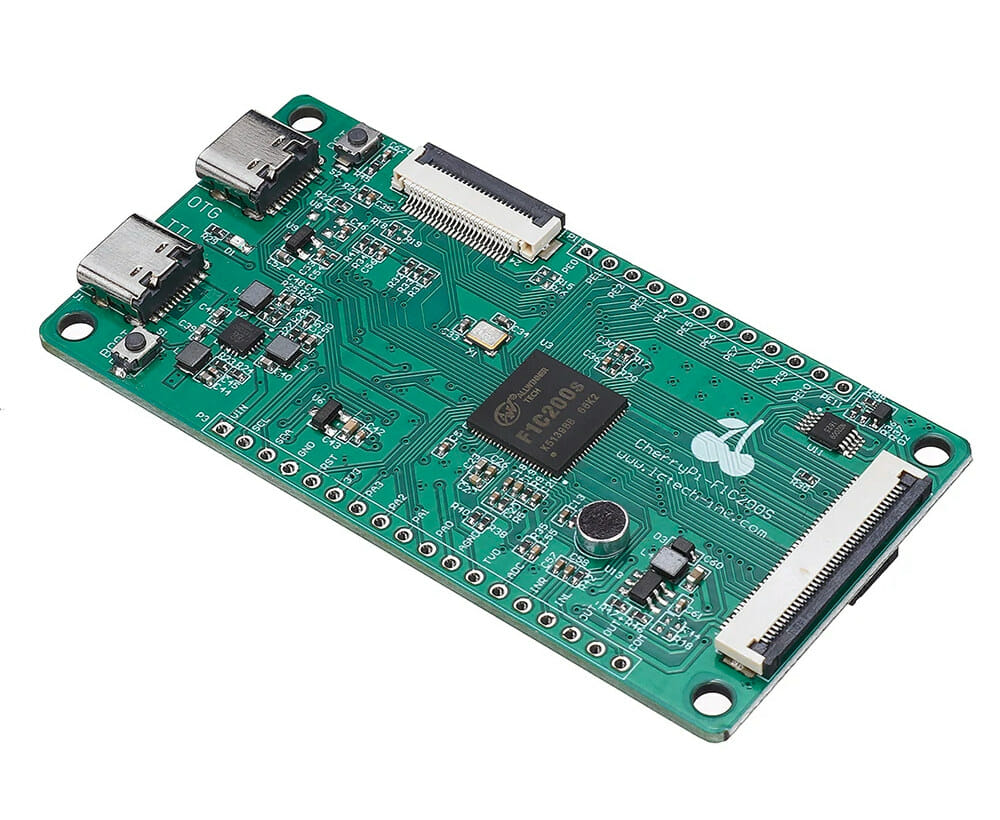 I wrote about the Widora TINY200 board based on Allwinner F1C200s ARM9 processor with 64MB built-in RAM, up to 512MB NAND flash, LCD and camera interfaces in April 2020. I was just informed more similar Allwinner F1C200s boards had recently shown up with Widora MangoPi R3 that’s basically the same as TINY200, and CherryPi-F1C200S with similar dimensions and features, but a different ports arrangement. Let’s have a look at both. MangoPi R3 MangoPi R3 specifications are the same as the ones for Tiny200 board, but they selected the 128MB NAND flash storage option, and changed the USB-TTL chip: SoC – Allwinner F1C200s ARM926EJS processor @ 420 MHz (overclockable to 700 MHz) with 64MB DDR RAM Storage – 128MB NAND flash and MicroSD card slot Display I/F – 40-pin RGB565 display interface and 6-wire touch interface Camera I/F – 24-pin DVP camera interface compatible with OV2640, GC0328, etc. Audio – Onboard […] 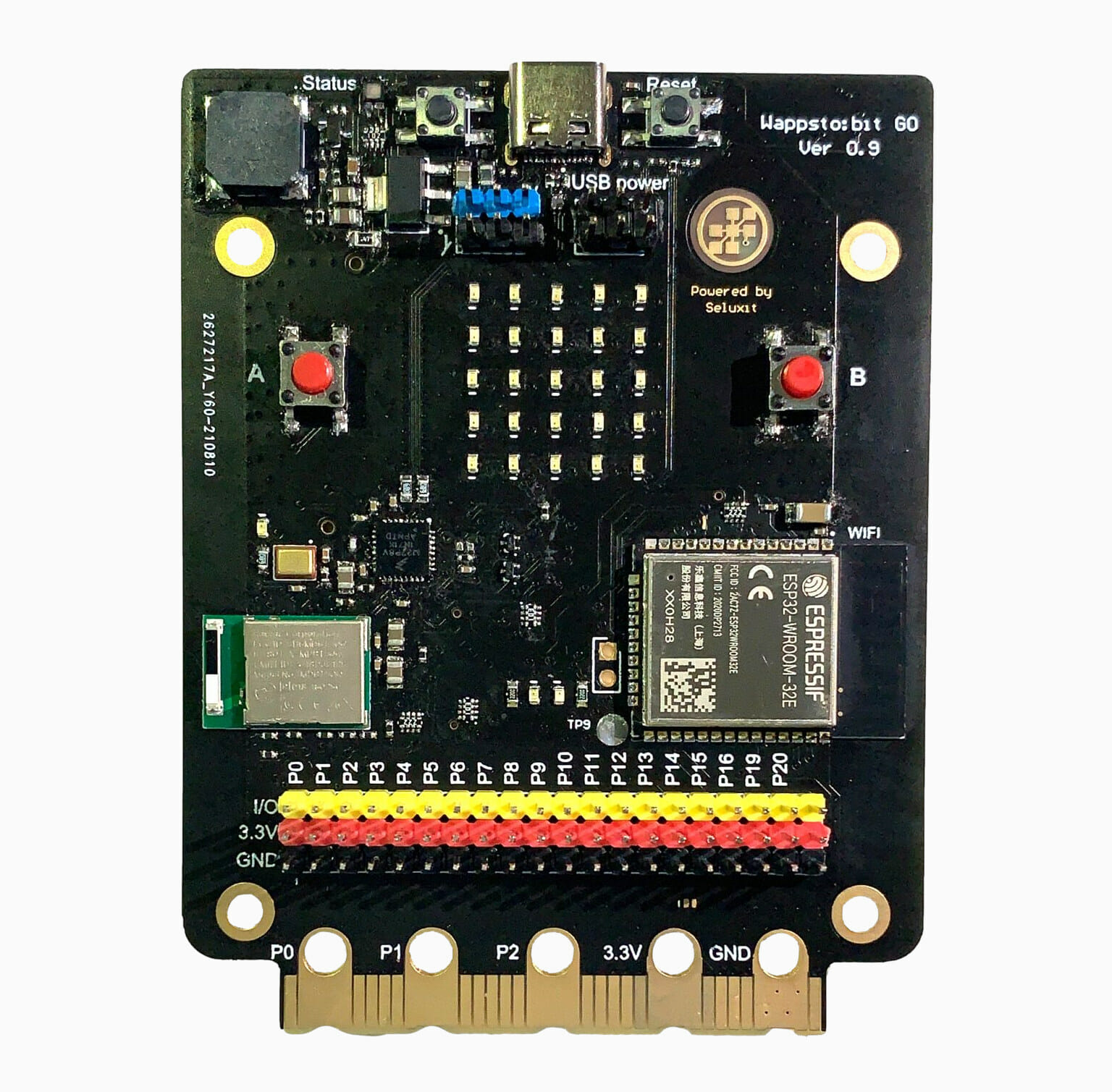 Wappsto:bit GO is an ESP32 board compatible with BBC Micro:bit accessories thanks to a compatible edge connector, but adding WiFi to Bluetooth LE, and offering some extras compared to Elecrow Mbits ESP32-based BBC Micro:bit clone. The new board is notably equipped with a wider range of sensors including a light sensor, a magnetometer, and sound sensor beside the temperature sensor and accelerometer present in the original board, and it also exposes GPIO through a more traditional 2.54-pitch header to facilitate the integration of a wider variety of add-on boards. Wappsto:bit GO specifications: Wireless modules ESP32-WROOM-32E module with ESP32 dual-core microcontroller, 4MB flash, 2.4 GHz WiFi and Bluetooth LE connectivity, built-in PCB antenna Raytac MDBT50Q-512K Bluetooth 5.2 module based on nRF52833 with 512KB Flash MCU – NXP Kinetis KL2 Arm Cortex-M0+ microcontroller (MKL27Z256VFM4 ) with 256KB Flash (for USB port handling) Display – 25 LED matrix Sensors Temperature sensor, Light sensor […] 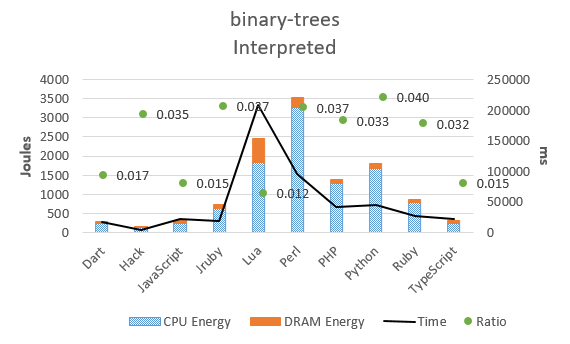 As a former software engineer who’s mostly worked with C programming, and to a lesser extent assembler, I know in my heart that those are the two most efficient programming languages since they are so close to the hardware. But to remove any doubts, a team of Portuguese university researchers attempted to quantify the energy efficiency of different programming languages (and of their compiler/interpreter) in a paper entitled Energy Efficiency across Programming Languages published in 2017, where they looked at the runtime, memory usage, and energy consumption of twenty-seven well-known programming languages. C is the uncontested winner here being the most efficient, while Python, which I’ll now call the polluters’ programming language :), is right at the bottom of the scale together with Perl. The study goes through the methodology and various benchmarks, but let’s pick the binary-trees results to illustrate the point starting with compiled code. To the surprise […]