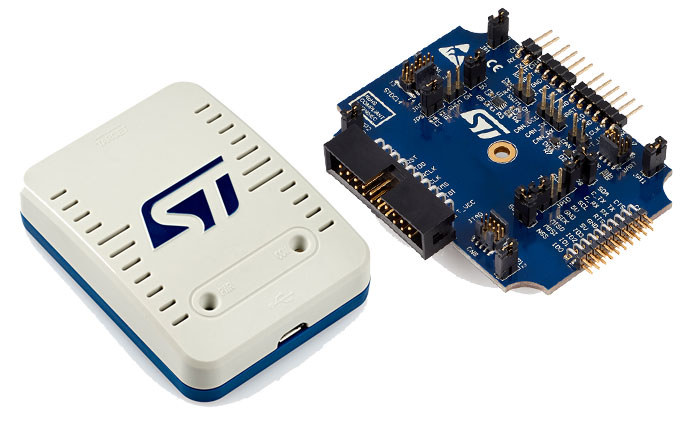 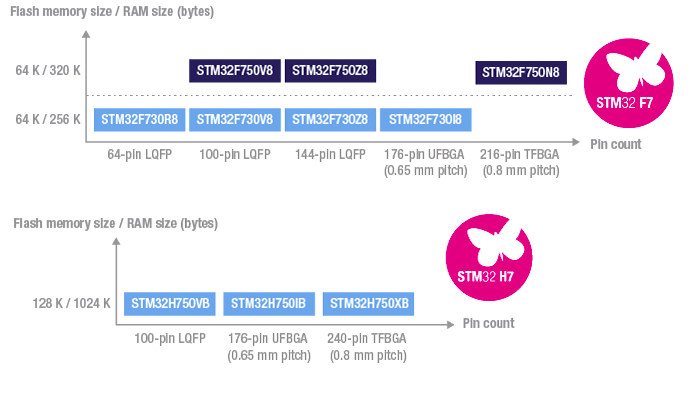 STMicro introduces their first Arm Cortex-M7 microcontrollers in 2014 with STM32F7 series clocked up to 200 MHz. The next year, Atmel – now Microchip – announced SAM S70 & SAM E70 Cortex-M7 MCU families clocked at up to 300 MHz, STMicro up the ante to 400 MHz with their STM32H7 family in 2016, and more recently NXP launched their i.MX RT series “crossover” processor with the Cortex-M7 reaching up to 600 MHz. AFAIK, nobody has tried to push the clock speeds higher, but STMicroelectronics must  recently unveiled  STM32F7x0 & H7x0 Value Line microcontrollers with the same performance level as their earlier STM32F7 and STM32H7 MCUs, but with a lower price by reducing the amount of internal flash. Three Cortex-M7 value line families have been introduced: STM32F730 entry-level MCU @ 216MHz with 64KB flash, 8KB data / instructions cache, 256KB RAM and 16KB+64KB TCM (Tightly Coupled Memory). The microcontroller also includes cryptographic hardware acceleration, a USB 2.0 High Speed port with […] 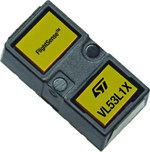 STMicroElectronics VL53L0X ToF (Time-of-flight) range sensor is a tiny chip that can accurately and quickly measure distance up to 2 meters using laser light.  I had the chance to test the sensor via TinyLIDAR board connected Arduino and Raspberry Pi, and found it was a great little sensor. TinyLIDAR includes an STM32 MCU, but you can also find standalone board for as low as about $4 shipped on Aliexpress. However, if 2 meters is too short a range for your project, the good news is that STMicro has now launched VL53L1X ToF “FlightSense” sensor with a range of up to 4 meters. VL53L1X is pin-to-pin compatible with VL53L0X, so existing PCBs could be re-used with the new sensor. STMicro VL53L1X main specifications: Emitter: 940 nm invisible laser (Class1) SPAD (single photon avalanche diode) receiving array with integrated lens Low-power microcontroller running advanced digital firmware Distance Ranging up to 4 meters distance measurement, up to 50 Hz ranging frequency Field-of-view (FoV) […] 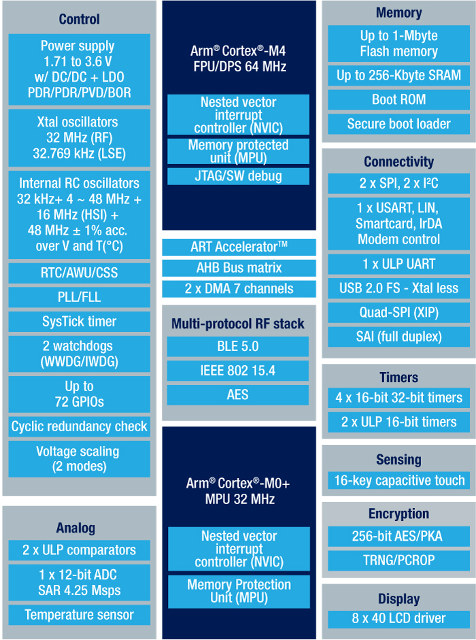 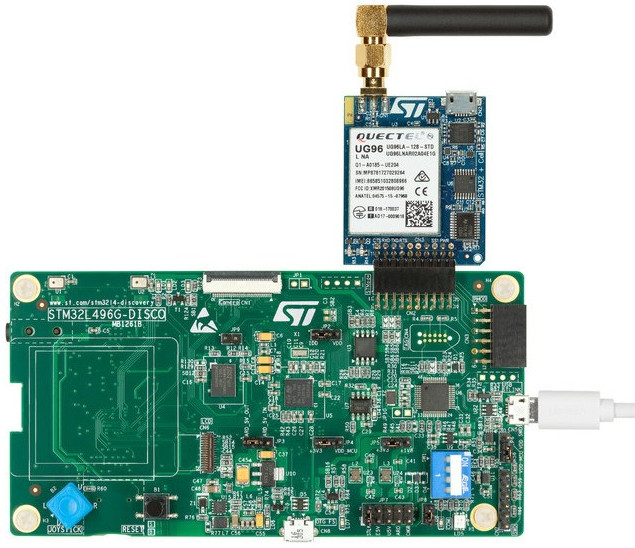 Embedded World 2018 trade fair will take place on  on take place on February 27 – March 1 in Nuremberg, Germany, and we’re starting to see some company announce new products and solutions for the embedded market. STMicro has just announced their showcase their very first cellular development kits at the event, based on a display-less variant on their 32L496GDISCOVERY Discovery board with cellular add-on boards: P-L496G-CELL01 Discovery kit with with a 2G/3G modem P-L496G-CELL02 Discovery kit with with an LTE-IoT Cat M1 (eMTC) / NB1 (NB-IoT) / 2G model Now the company has not started designed their own cellular modem, but instead relying on QUECTEL modems. Both kits share most of the same specifications: MCU – STMicro STM32L496AGI6 Arm Cortex M4F [email protected] 80 MHz with 1 MB Flash, 320 KB RAM in a UFBGA169 package On-board memory – 8 Mbit PSRAM On-board + external storage – 32 KB I2 C EEPROM with OTP page preloaded with board ID and […] 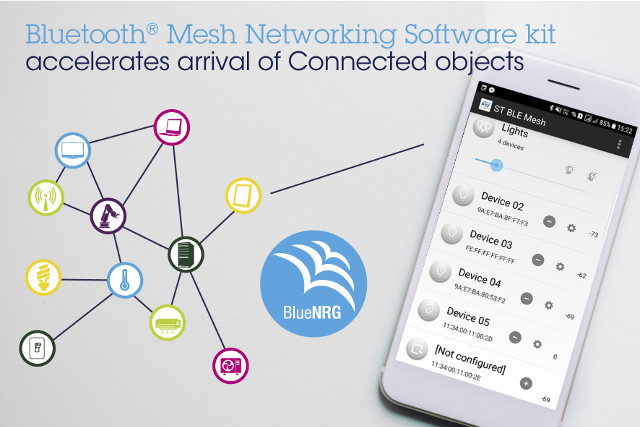 Earlier this summer, the Bluetooth SIG announced Bluetooth Mesh, which supports many-to-many (m:m) device communications for up 32,767 unicast addresses per mesh network (in theory), and is compatible with Bluetooth 4.0 or greater hardware.  Several companies immediately unveiled Bluetooth Mesh SDK at the time including Qualcomm, Nordic Semi, and Silicon Labs. ST Micro has now unveiled their own BlueNRG-MESH SDK which the company claims is “the market’s only three-part SDK that provides two app developer packages for Android and iOS, and the embedded-development software for building smart objects such as light fittings and sensors”. Sadly, details about the SDK are near inexistent now, except – as one would expect – BlueNRG-MESH SDK will work with ST BlueNRG Bluetooth low energy wireless network processor based on an ARM Cortex M0 core, and corresponding development kits. [Update: STSW-BNRG-Mesh page has many more details about the SDK including the architecture diagram below. ] The solution was showcased at Bluetooth Asia in Shenzhen last […] 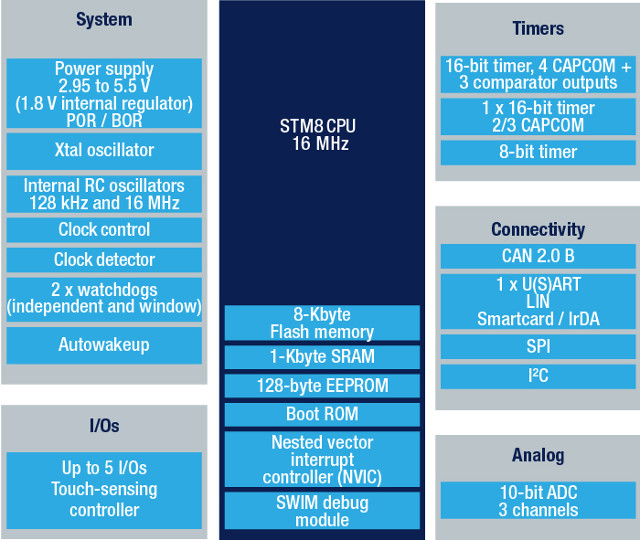 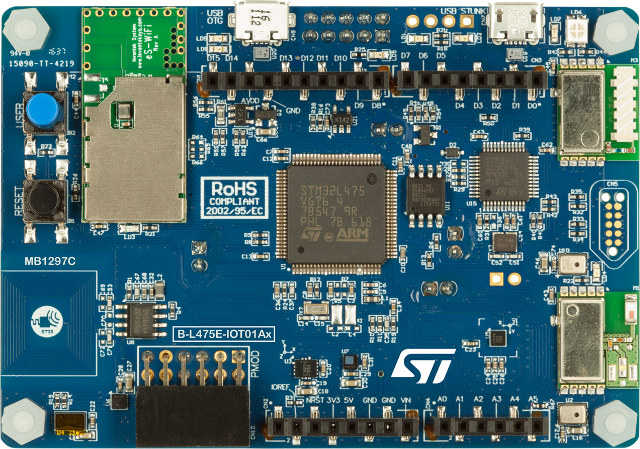