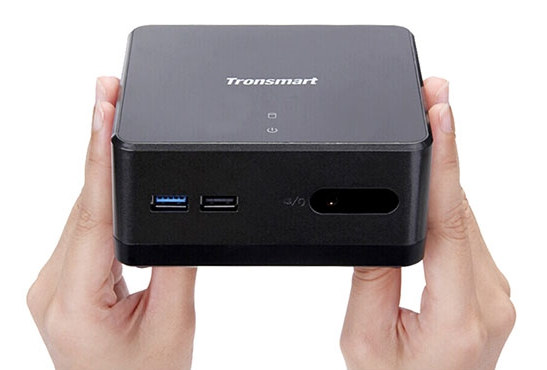 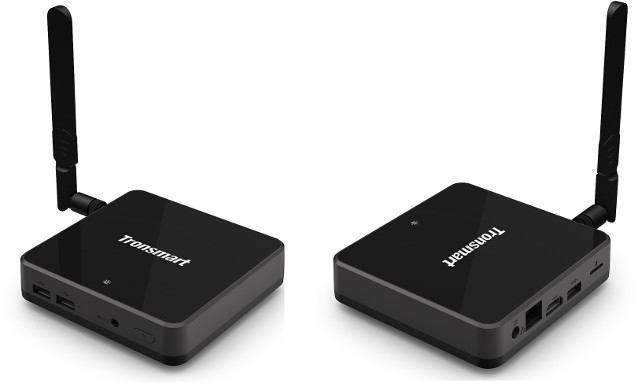 Tronsmart Ara X5 was one of the first Intel Atom Cherry Trail mini PCs to launch on the market. It came with an Intel Atom x5-Z8300, and the now typical 2GB RAM combined with 32GB flash. But in my review of Tronsmart Ara X5, I found out that the flash was quite slower than other Windows mini PC I tested, and the USB 3.0 port would not recognize my 1TB Seagate USB 3.0 hard drive. The company has now introduced an upgraded model simply called Tronsmart Ara X5 Plus with a faster Samsung eMMC 5.0 flash, faster USB 3.0 read and write speeds (and hopefully better compatibility), 802.11ac WiFi support by replacing Ampak AP6330 module by Intel Wireless-AC 3160 and adding an external antenna, as well as fixed some micro SD card compatibility issues, and an updated UEFI binary that should reduce blue screen of death appearances in Windows. The main specifications have not really changed however: SoC – Intel […] 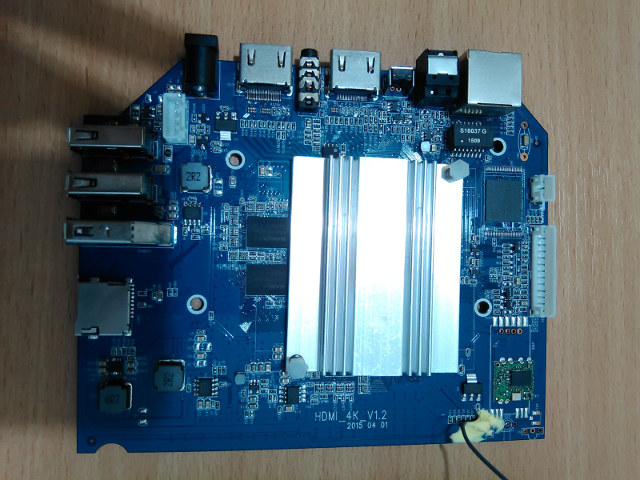 Zidoo X9 and Tronsmart Pavo M9 are TV boxes based on Mstar MSO9180D1R processor and featuring an HDMI input port that can be used for record video from an external source. Danman got a Pavo M9, and managed to successfully hack it to stream the HDMI input to the network using VLC and ffmpeg. One of his first task was to check out the hardware, and while the board has a different name (HDMI_4K_V1.2 vs MSO9810D1R-TF-V1.2), the board layout appears identical to Zidoo X9 board, so the instructions below should also work on Zidoo’s device. After doing some tests with VLC server on a Linux computer and running ffmpeg for Android in M9, as well as analyzing the recording app (ZidooRecorder.apk), and finding the app’s source code released by Zidoo (with some NDA protected binaries), he try to adapt the app to stream content instead, and called it ZidoStreamer. Eventually he managed to stream videos by running VLC on the […] 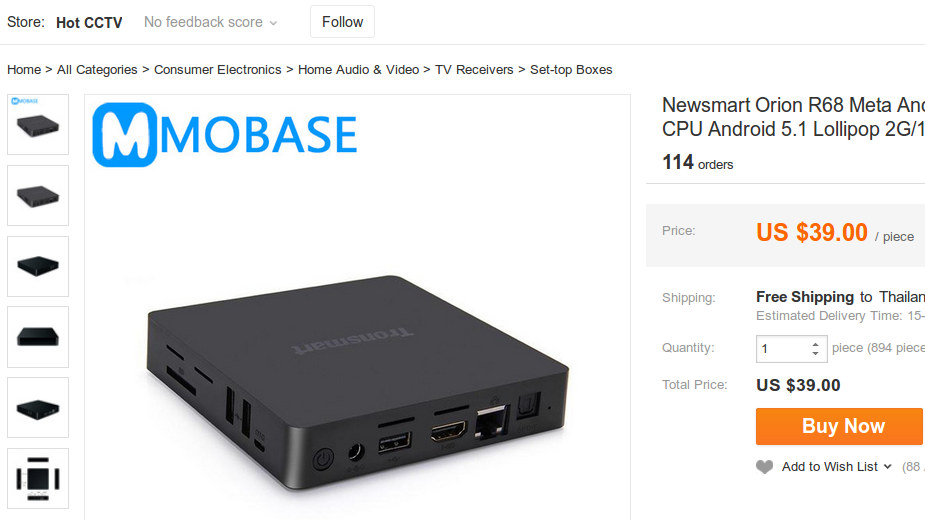 Tronsmart Orion R68 is an octa-core Android TV box powered by Rockchip RK3368 processor with 2GB RAM, and 16GB internal storage. I actually received a sample a a few months ago, but I have not reviewed it yet as I’ve been waiting for a firmware upgrade to fix some of the issues I had in Beelink i68, but it has yet to come. Nevertheless, the device which normally sells for $75 on GeekBuying, is now sold for $39 shipped on Aliexpress in what looks like am amazingly good deal reported by AndroidPC.es. At first, I was about to write a post about this excellent deal, especially as I saw the link indicated 114 orders, but then on the top left corner, I noticed “Hot CCTV” seller had no feedback score and the store opened on December 9, 2015. It’s quite possible a store will do a promotion to gain attention, but since TV boxes margin are pretty low, it’s pretty sure […] 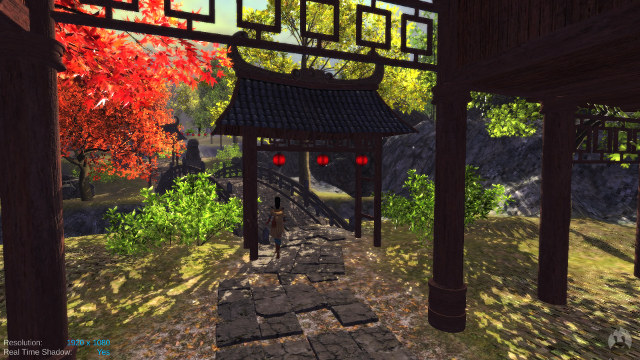 When Antutu 5.0 was released, it added some new tests such a single thread performance, and revamped its 2D and 3D graphics test among others, and that meant the new scores were could not be compared to Antutu 4.x. If you now download Antutu from the play store, you’ll get Antutu 6.0 and Antutu 3DBench apps, which handle the 3D graphics test separately. I can confirm Antutu 6.0 scores cannot be compared with Antutu 5.x ones, as Tronsmart Vega S95 Telos TV box got 36,741 points in Antutu 6.0, while typically competitors achieved 28,000 to 29,000 points in Antutu 5.7.1. There are now 4 main section in the benchmark: 3D, UX, CPU and RAM, so the details are much different. One neatr featuer is the QR core of the result, which allows you to keep a link with the complete result, in this case: http://antutu.com/qr/?c=18af306ecb85f6d42df2d4a1285d10eed87bf15e. And if we do look at details runtime, 2D graphics, single-thread float and integer tests […] 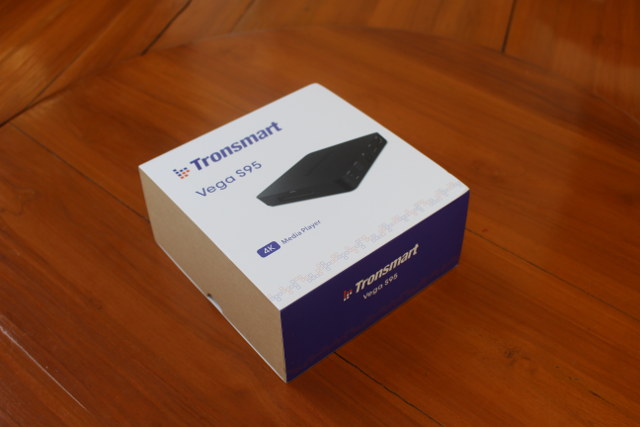 Tronsmart Vega S95 Telos is an Android mini PC powered by Amlogic S905 quad core Cortex A53 processor, but contrary to the two other S905 device I previously reviewed, namely K1 Plus and MINI MX, it’s not been designed for the ultra low end, as it comes with 2GB RAM, 16 GB eMMC flash, 802.11ac WiFi, Gigabit Ethernet, and a SATA port. GeekBuying sent me one sample for review, and I’ll start with some pictures of the package, device, and board, before running it through a full test procedure. Tronsmart Vega S95 Telos Unboxing I got the box via DHL in the following package with makes it clear it’s a 4K media player. The box comes with a simple IR remote control requiring two AAA batteries, an HDMI cable, a SATA cable for laptop drives, a 12V/2A power supply, and a user’s manual in English. The device looks somewhat like Beelink MINI MX from the outside, but the connectors’ placements […] 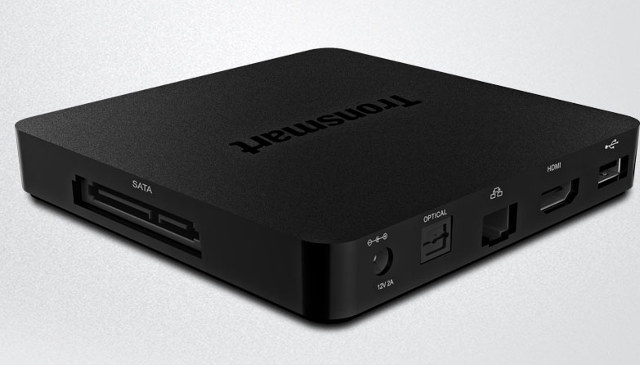