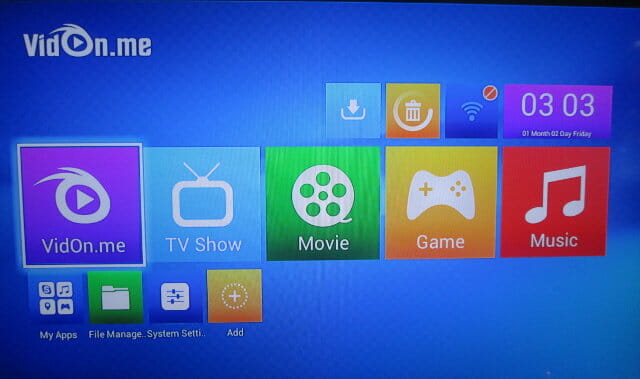 After providing some pictures of VidOn.me AV200 media player, and its PCBA, it’s now time for a review. I’ll start by giving my first impressions, and checking out the system settigns and user’s interface, go through my library of video test files, and cover most hardware features. As usual, I’ll also test Wi-Fi performance, but I’ve now added more tests including Ethernet performance, and USB hard drive support and performance with NTFS, FAT32, EXT-4, and BTRFS partitions. First Boot, Settings and First Impressions The device comes with an IR remote control with lots of buttons, including shortcuts, D-Pad control, digit keys and trick modes (play/pause, fast forward and rewind, next and previous), but the two required AAA batteries were not included, and I did not have spare batteries, so I did not use the remote control, which looks pretty OK for XBMC, and just control the device with my Mele […] 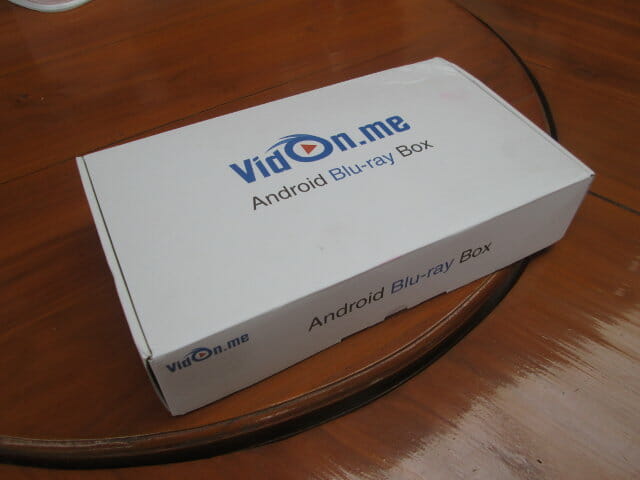 I had only reviewed on device based on AllWinner A31 before, namely CS868 mini PC which turned out to be disappointing. And recently I’ve reviewed quite of few Amlogic and Rockchip TV boxes, so I’m happy to get a change and try again with another AllWinner A31 based device thanks to VidOn.me AV200 Android Blu-ray Box. I’ll start by listing hardware specifications and showing pictures of the device and the board today, and I’ll write a complete review in a few days. VidOn.me AV200 Specifications AV200 is an Android TV box with a metallic enclosure very similar to the one used for Mele X1000 Android Blu-ray box, and with the following specifications: SoC – AllWinner A31 quad core Cortex-A7 @ 1.3GHz with PowerVR SGX544MP2 GPU System Memory – 2GB DDR3 Storage: 8GB + SD/SDHC card reader Video Output – HDMI Audio Output – HDMI, optical S/PDIF, and 3.5mm headphone jack […]

Just at the end of last year, VidOn.me released XBMC apks for their AV100 and AV200 media players, respectively powered by AllWinner A20 and AllWinner A31 SoCs. The company already had an XBMC repository on github, but at the time it hadn’t been updated for a year. Things have changed since then, as they’ve committed several changes, some of them related to AllWinner SoCs to their XBMC repository. I haven’t look into details, but it could be VidOn.me is now in compliance with the GPLv2 license which XBMC is licensed under. If the code is complete, another “side effect” could be there’s finally support for AllWinner A20 (and A10) for XBMC Android. Previsouly, some people tried the AV100 APK on other AllWinner A10/A20 devices, but it did not work, most probably because they locked the binary to their devices, something that would be more difficult to do if the code […]

I’ve just been informed that VidOn.me has released XBMC for Android apks for their AV100 (based on AllWinner A20) and AV200 (powered by AllWinner A31) media players with accelerated hardware video decoding. It’s not clear yet whether these will run on any AllWinner A20 / A31 devices, or have been locked to VidOn players, but you can give it a try and download them for your platform(s): android42-Vidon.me-release-a20-AV100-free.apk – For AllWinner A20 android42-Vidon.me-release-a31-AV200-pro.apk – For AllWinner A31 VidOn does have a github repo for XBMC, but it hasn’t been updated for nearly a year, so the recent releases are not there (yet). I had never personally heard about this company, but an article on Wikipedia gives the following description with regards to XBMC: VidOn.me (or VidOnMe) is a company that maintain a commercial fork and derivative of XBMC media center software, and other than offering non-XBMC based media player software […]