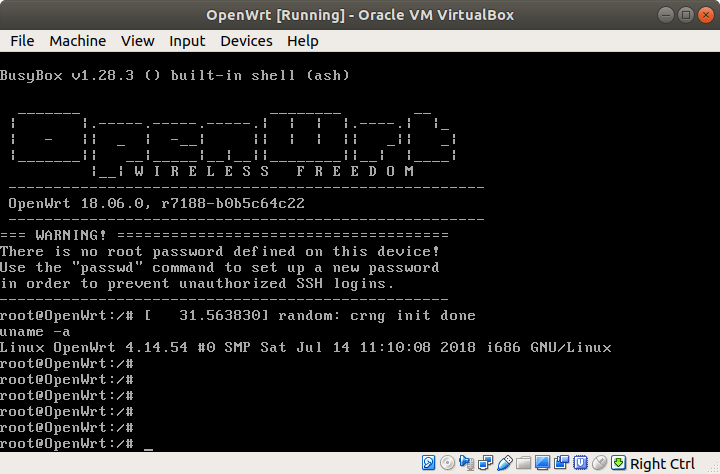 LEDE (Linux Embedded Development Environment) was forked from OpenWrt project in 2016 due to disagreements among developers, and this lead to LEDE 17.01.0 “Reboot” release the following year. But eventually, developers must have realized that running two separate and similar projects in parallel was not the best way to go, and OpentWrt and LEDE projects were re-merged right at the beginning of this year. So I’m pleased to announced the developers have now introduced the first release out of the new partnership with OpenWrt 18.06. OpenWrt 18.06 is actually the first major release since LEDE 17.01, as the previous OpenWrt release was version 15.05. It focuses on support for network flow offloading and modernizing Atheros AR71xx target, brings updates to kernel and package, as well as other improvements and fixes. You’ll find the binary packages for your hardware on the rtargets page, and the source code is hosted on Github. […] 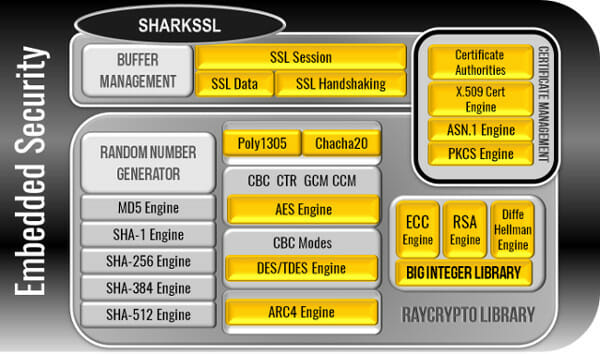 Real Time Logic claims SharkSSL is the smallest, fastest, and best performing embedded TLS v1.0/1.1/1.2 solution. It works with ColdFire, Kinetis K60, all the Cortex-M3 and -M4 processors,  as well as Tensilica LX3 based ESP8266. The solutions can be tuned via compile-time options to a less than 20kB footprint that still supports full x.509 authentication. SharkSSL is a commercial solution, but the SDK is free to use for non-commercial projects. In order to simplify development on ESP826, the company has released the SharkSSL ESP8266 IDE running in a virtual machine, and providing a complete FreeRTOS and lwIP based development environment using a web based interface. Once you’ve downloaded the virtual machine image,  you can start it in VirtualBox or VMWare with bridged networking enabled. The IP address of the virtual machine will be shown in the console, and you can use it in your favorite web browser in the host […] 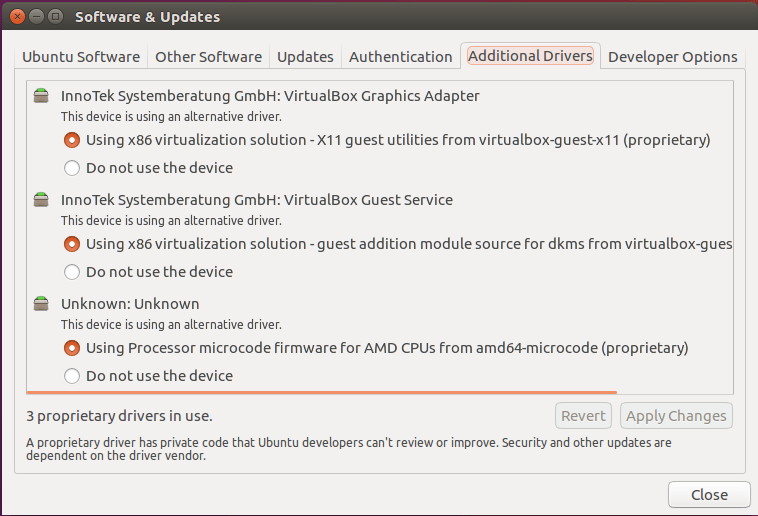 My main computer is running Ubuntu 14.04.4 LTS, and I’m currently waiting for the Ubuntu 16.04.1 before upgrading to the latest version, which should happen in July. In the meantime, I have upgraded one of my VirtualBox image from Ubuntu 14.04 to Ubuntu 16.04, but I had only two options to set the resolution: 1024×768 or 800×600. This is quite a common problem, and usually the solution is to install VirtualBox additions, but this would not do for me. After trying several solutions, including disabling 3D graphics support, without success, I decided to check Additional Drivers, and I noticed only VirtualBox Graphics Adapter driver was enabled. So I also enabled Innotek Systemberatubg GmbH: VirtualBox Guest Service, and Processor microcode firmware for AMD CPUs, and this fixed the issues most likely thanks to the former. I’m running VirtualBox 5.0.18 installed from the ppa. Jean-Luc Aufranc (CNXSoft)Jean-Luc started CNX Software in 2010 […] 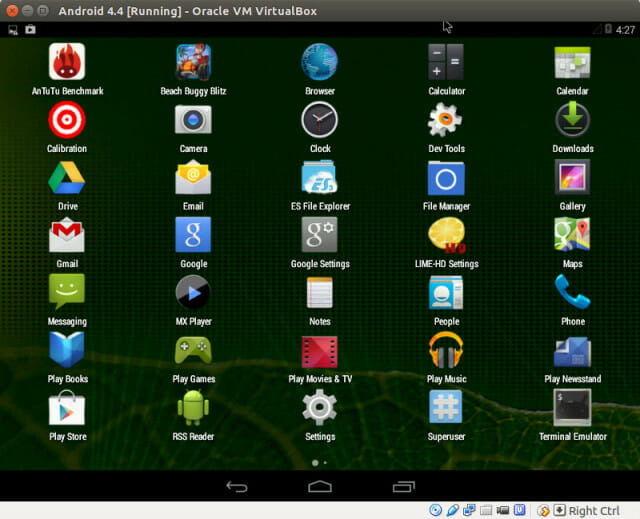 There are several methods to run Android in an x86 computer or laptop, but Android-x86 could be one of the best to do that, and the developers have just released the first stable release for Android-x86 4.4 Kitkat. This release includes support for OpenGL ES hardware acceleration for AMD Radeon and Intel graphics, ffmpeg integration to support HD video playback in apps, and more. The file to download is android-x86-4.4-r1.iso, which you can then install on a USB flash drive:

where /dev/sdX is the device name of your usb drive. If you are a Windows users you can use Win32DiskImager utility instead. Android should then boot from USB, and you can decide to run it from USB or install it on you hard drive. I haven’t done this, but instead, I’ve created a new Linux 32-bit virtual machine in VirtualBox without internal storage to try it out quickly in […]

Xibo (pronounced eX-E-bO) is an open source, multi-display, multi-zone, fully scheduled digital signage client/server solution written in Python and dotNET. If you are not familiar with Xibo you can visit http://xibo.org.uk/ or/and read my introduction XIBO: An Open Source Digital Signage Server/Client. The Raspberry Pi is a low cost board based on Broadcom BCM2835 (ARM1176 Core) that should be available for sale at the end of January / beginning of February at http://www.raspberrypi.com. There are two versions of the board: Model A: 128 MB RAM and no Ethernet Model B: 256 MB RAM with 10/100 Mbit Ethernet BCM 2835 also features a Videocore GPU supporting OpenGL and 1080p30 video decoding that makes it ideal for multimedia applications such as digital signage players. The board support both HDMI and composite video output. You should also be able to connect a LCD via the DSI interface. If we can make Xibo run […]

I had a VDI image set to 8GB that was nearly full and re-sized it to 16 GB with the following command: “C:\Program Files\Oracle\VirtualBox\VBoxManage.exe” modifyhd  “C:\Documents and Settings\Jean-Luc\VirtualBox VMs\Debian 6.0.3\Debian 6.0.3.vdi” –resize 16384 16384 is the new virtual harddisk size in MB (16 GB). This will increase the size of the Virtual disk. However, it won’t increase the size of the partition in your virtual disk. You have then 2 solutions: Create a new partition with the extra free space Use Gparted Live ISO image to increase the size of your current partition. Jean-Luc Aufranc (CNXSoft)Jean-Luc started CNX Software in 2010 as a part-time endeavor, before quitting his job as a software engineering manager, and starting to write daily news, and reviews full time later in 2011. www.cnx-software.com

I’ve recently upgraded the amount of memory and graphics card in my computer to order to be able to smoothly run virtual machines and support 2 monitors. So instead of using dual boot for Windows XP and Ubuntu, I’m now running Ubuntu in VirtualBox. One thing, I wanted to do is to copy text from the right screen (e.g. Instructions in Web Browser in Windows XP) to the left screen where I have Ubuntu 11.10 running in VirtualBox. This does not work right out of the (virtual)box however. The procedure to enable “Shared Clipboard” is straightforward. First, you need to install the guest additions. While Ubuntu is running, click on “Devices->Install Guest Additions” in VirtualBox top menu, this will start the installation in Ubuntu, simply enter you root password until the installation completes. Restart Ubuntu and you should now be able to copy/paste text between the host and guest machines. […]