My main computer is running Ubuntu 14.04.4 LTS, and I’m currently waiting for the Ubuntu 16.04.1 before upgrading to the latest version, which should happen in July. In the meantime, I have upgraded one of my VirtualBox image from Ubuntu 14.04 to Ubuntu 16.04, but I had only two options to set the resolution: 1024×768 or 800×600. This is quite a common problem, and usually the solution is to install VirtualBox additions, but this would not do for me. 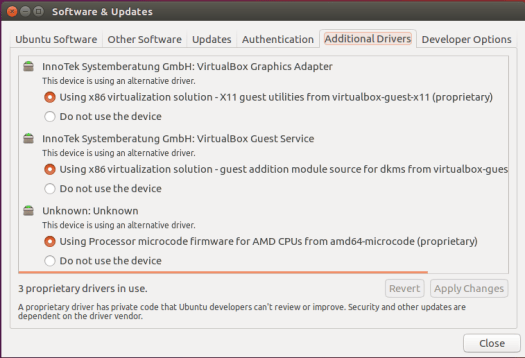 After trying several solutions, including disabling 3D graphics support, without success, I decided to check Additional Drivers, and I noticed only VirtualBox Graphics Adapter driver was enabled. So I also enabled Innotek Systemberatubg GmbH: VirtualBox Guest Service, and Processor microcode firmware for AMD CPUs, and this fixed the issues most likely thanks to the former. 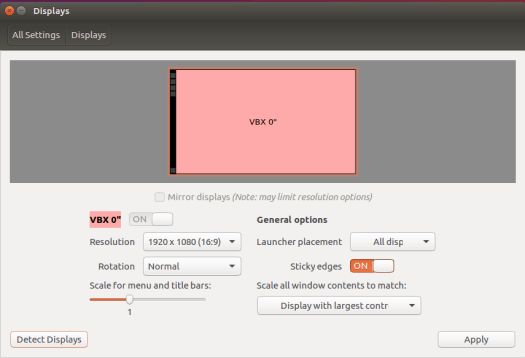 My virtualbox instance used to work with this when I installed from pre-release iso, but after update to the final release it got broken. In my case manually installing the extensions from Virutalbox’s fake cdrom helped some – screen resizing started to work again, but with several seconds of lag, while prior to the update that was near-instant.

@milkboy
Did you actually read post and understood it?