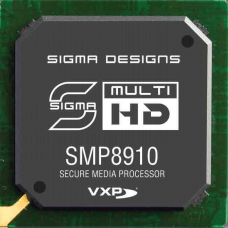 Sigma Designs will announce its latest and all powerful Media Processor (SMP8910) based on MIPS at CES 2011.

The high-performance 3D graphics available on the SMP8910 enables dynamic and customizable user interfaces by supporting the flipping, rotating, warping, and moving of images.

Since the platform is still using MIPS, I’m expecting the SDK (mrua/DCCHD) and toolchain will be similar to the ones used for SMP8630/SMP8640/SMP8650 Series.