Whether your device is a Network Access Storage (NAS) or a media player with network capabilities, you may consider adding P2P to allow downloads of files as you would do on your computer. Two of the most used P2P protocols are BitTorrent and eMule, but most of the client have a UI designed for Linux or Windows and may not be easily ported to an embedded system. So what we need to look for here are command line based clients or daemons that can be compiled and run in an embedded platform. After some research, here are the 2 programs we’ll use: aMule 2.2.6 a multiplatform eMule-like client Transmission 2.13 running as a daemon for BT dowloads Today, I’ll show how to use aMule 2.2.6 in Sigma Designs SMP863X target, for example in Popcorn Hour A-100. But a similar method (just a different compiler mips-linux-gnu-gcc and setting Little endian (-EL)) could also be used for SMP864x/SMP865x devices such as Popcorn […]

I have seen some people google for the default root password for sigma designs boards and they ended up in this blog without any answer. So I’ll provide some kind of answer. In the serial port console, once you get to the username/password prompt, the root password is… there is none, just press “Enter”. This is the default behavior in Sigma Designs SDK, it’s quite possible the root password has been changed for the device you are trying to access. In case telnet or ssh is enabled, you may try one of the default users in /etc/password, that may not have been disabled by the development team e.g. ftp, man, nobody,default, etc… and try to login without password, by just pressing “Enter” at the password prompt. Once you are logged-in as a normal user, type “su” to become super user, press “Enter” if you are being asked for a password. Jean-Luc Aufranc (CNXSoft)Jean-Luc started CNX Software in 2010 as a […]

Many digital signage hardware feature scroll text. However, in many cases the scrolling text is either not smooth, sometimes teared or very slow. It may depends on the performance of the hardware used but also on the implementation of the software. Once easy way to implemented scrolling text is just to redraw the text again and again at different position. However, this is very slow and yields poor results unless maybe you have a Truetype accelerator or similar hardware font accelerator. The next step is then to convert the text into pixmaps. This can either be done in the digital signage manager software (Windows PC/MAC or Linux based) or the digital signage player. Doing so in the latter makes it much more flexible. So you may create 2 pixmaps whose width and length match the region to be displayed, you write the text on those 2 pixmaps, then simply move those 2 pixmaps, and once one is fully displayed, you […]

If your embedded system running Linux does not have enough memory, you can enable swap to get more memory. However if your platform does not have MMU (Memory Management Unit) as is the case for Sigma Designs EM8620 series, it won’t support swap, so forget it. If your platform does have MMU, as is the case for many newer platforms such as Sigma Designs SMP8630, SMP8640 and SMP8650 series, you can enable swap support. First you’ll have to make sure swap support is enabled in your kernel:

and swapon/swapoff is enabled in busybox. So for example if you have an IDE harddisk with the second partition configured as swap. (Use fdisk to create a partition and mkswap /dev/hda2 to initialize the partition), you can enable the swap as follows:

If you get out-of-memory killer kernel error, you can change the “swapiness” to avoid oom-killer to kick in.

where 640 and 480 are respectively the width and height of your framebuffer. This has been tried on a 16-bit framebuffer on EM8620 series. Converting 32-bit Framebuffer screenshot (ARGB, RGBA, BGRA…) into png The solution proposed here is not as neat as the blackfin’s solution for 16-bit framebuffer, however this still works. First you’ll need to install Gimp […] 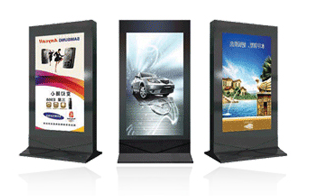 There are a lot of different digital signage solutions around and it may be difficult to find which one is right for you since there can be quite a few different features and options. So I’ll do my best to explain the main features to guide your choice if you are planning to purchase a digital signage solution (embedded signage player, content management software and server). I’ll focus this post on the digital signage player, but bear in mind the content manager software is equally very important. [ad#Google Adsense – Wide Banner] Hardware features Video outputs: composite, component (YPbPr), VGA, DVI, HDMI, LVDS The capability to output simultaneously to different video outputs maybe an advantage if your plan is to use one player to output to several monitors. Video resolution: Standard Definition (e.g. NTSC) vs. High Definition (e.g. 1080p) This is a simple choice based on costs and whether you need to output HD content and the size of your […] 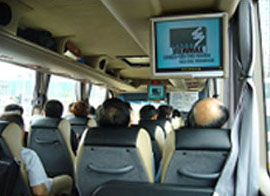