NXP unveiled LPC810 & LPC812 Cortex M0+ MCUs in November 2012, and more recently at Embedded World 2013, the company announced LPC810 and LPC812 microcontrollers availability together with LPC800-MAX, a development board based on NXP LPC812 compatible with mbed, Arduino and LPCXpresso headers which will be released in April 2013. 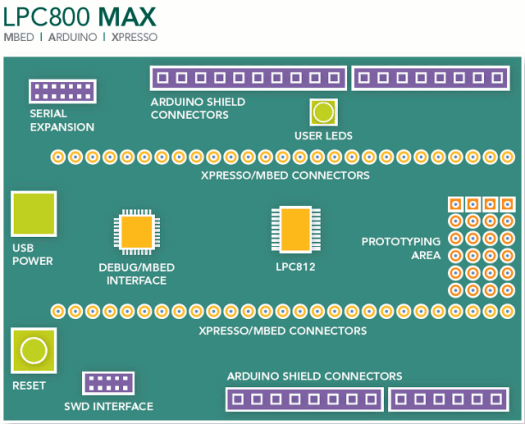 This USB powered board will support 3 development environments:

LPC800-MAX will be available in April for a suggested price of 16 Euros. You can also enter a draw to get it for $8.12 on mbed site. Information is sparse, but you’ll eventually be able to get further details on NXP’s LPC800-MAX page.