Earlier this year, Picuntu (RC2), an Ubuntu-based distribution, was released for RK3066 powered HDMI dongles such as MK808, UG802, etc… More work has been going on since them, and Justin Gross (JustinTime4Tea) announced the release of Picuntu Home://io edition on SlateDroid. This distribution is based on Pictuntu RC3, supports GPU hardware acceleration, and lots of packages including Quake 3. GPU acceleration has been available since February thanks to olegk0, but I think it may be the first time it’s packaged into an installation image. 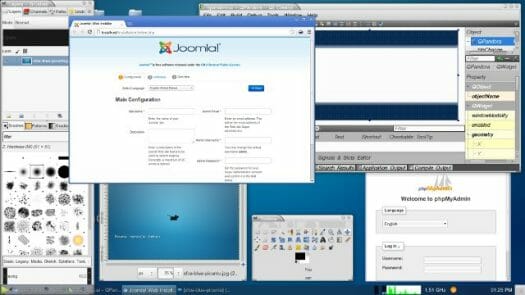 Justin added a lot of goodies in this image including:

The only downside, if I can call it that way, is that you’ll now need a 8GB micro SD as Picuntu Home://io Edition takes 6.7GB of disk space.