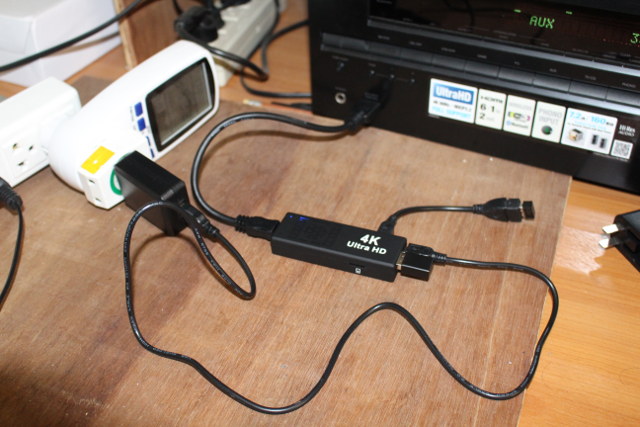 MK808B PRO is the first Amlogic S905 TV stick readily available for sale, and GeekBuying sent me a sample for review. I’ve already checked out the hardware, and the lack of heatsink is a worry, so we’ll see how it performs in this mini review, where I’ll focus mainly on potential pitfalls, rather than do a throrough review as usual, since I’ve already tested so many Android TV boxes powered by Amlogic S905 processor First Boot, Settings, and First Impressions I’ve connected MINIX NEO A2 Lite air mouse RF dongle to the USB port, and Tronsmart Mars G01 wireless gamepad dongle to the mini USB port via the provided USB OTG adapter, and the provided HDMI cable to the AUX port of my AV receiver and nothing else, except the power adapter to the other mini USB port. Boot time typically takes about one minute that it’s not a speed daemon in that regards. The user interface is familiar, since […] 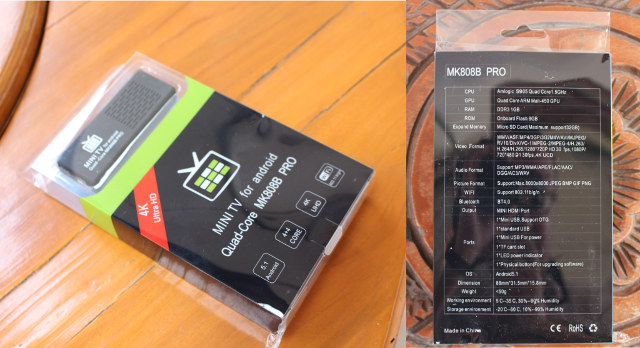 MK808B Pro TV stick is the successor of the popular MK808B Plus and before that MK808B Android TV dongles with an upgrade to Amlogic S905 processor with 4K support. GeekBuying sent me a sample for evaluation, so I’ll start by checking the hardware before testing the device thoroughly in the full review. MK808B Pro Unboxing I received the stick in a package larger than I expected, but apparently about the same as the previous models (which I had not reviewed). But that’s because of the included accessories: a 5V/2A power supply, a USB cable, a mini USB OTG adapter, a mini HDMI to HDMI cable, and a user’s manual. Apart from the markings “MK808B PRO” and “4K Ultra HD”, the device looks the same as the older models. A mini USB port for power, and a USB 2.0 host port can be found on one end, with a micro SD slot on the side. A mini HDMI port on the […] 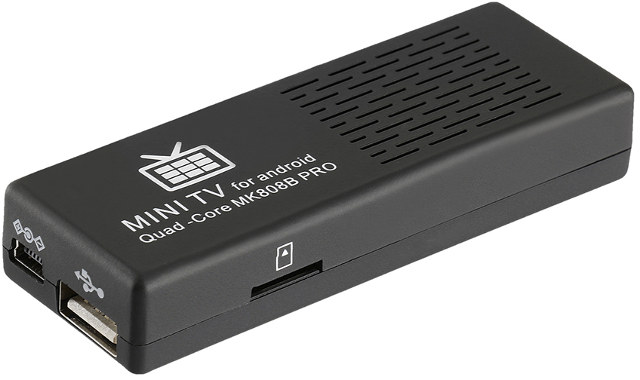 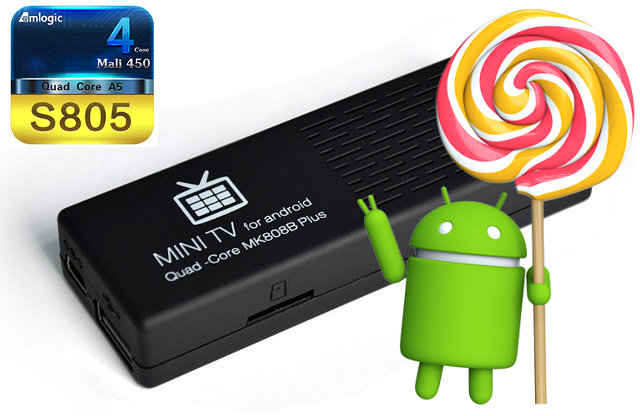 Amlogic has just released Android 5.0 SDK for Amlogic S805, S802, and S812 processors on their OpenLinux website, but before you get too excited, this is only available people who have signed an SLA with the company, or somehow got a username/password to their git server. Although most people can’t access the SDK, it still means that popular Amlogic S8xx devices are likely to be upgraded to Android 5.0 in the weeks or months ahead. The company has not released any Android 5.0 SDK for older AML-8726M? processors however, so apart from WeTek Play, I would not expect any other Amlogic single or dual core devices to get a Lollipop treat. If you own a MK808B Plus TV dongle, you don’t even need to wait, as WeTek ported Android 5.0, more exactly CyanogenMod 12, to the cheap HDMI TV Stick for evaluation, and since finally they don’t intend to design a device with Amlogic S805 processor, they released the image […] 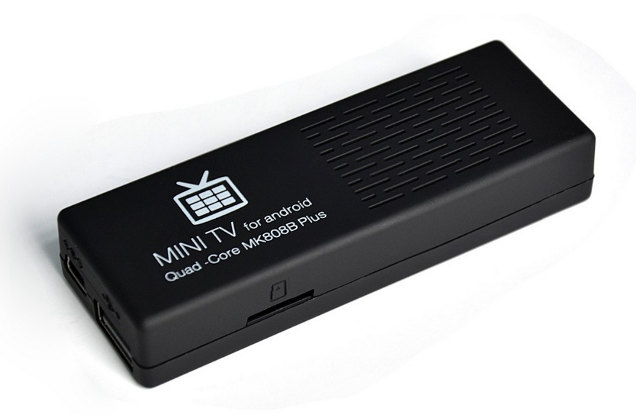 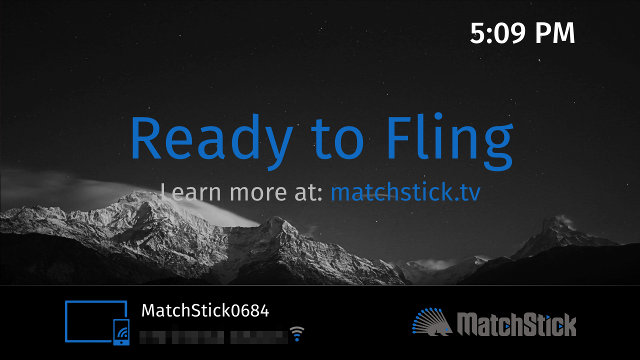 MatchStick is an HDMI Stick running Firefox OS and designed to stream online video, mirroring browsers, etc.. which makes it very similar to a Chromecast, even using the same DIAL protocol. The hardware is based on Rockchip RK3066, and Mozilla released an SDK for the device. Since there are quite a few Rockchip RK3066 TV sticks out there, BalintBanyasz announced he ported MatchStick’s firmware to MK808B (with RK903 Wi-Fi module), and has now provided the firmware and instructions on Freaktab. The firmware is based on Linux kernel 3.0.36+ used in Android 4.2.2. Once you’ve flash the firmware (matchstick-flingone-b2g2.0-201409281739-mk808b.img.7z) to MK808B, and installed MatchStick app / add-on in your Android device or Firefox Browser (iOS app coming) soon, you can “fling” a YouTube video from your phone / browser to your TV through MK808B as follows: Open MatchStick app on your phone in order to detect the hotspot (MatchStickXXXX) created by MK808B. Click on the ESSID and press “Set up”.  Select […] 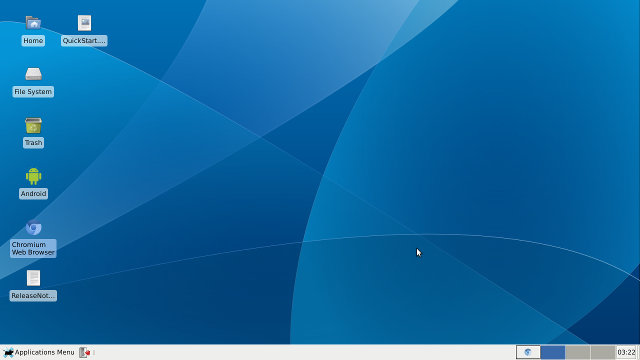 Earlier this week, I wrote about VolksPC mini PC running Debian and Android simultaneously, and the developers decided to send me a unit for testing. The hardware I received is the popular MK808 mini PC based on Rockchip RK3066 with 1Gb RAM, and 8 GB RAM, but loaded with MicroXwin unified distribution. MicroXwin is an implementation of Windows X that’s not using a client/server protocol, for instead communicates directly with the drivers for better performance, especially on low-end hardware. I connected MK808 to my HDMI TV, added a USB hub to connect a USB keyboard as well as Mele Air Mouse, and powered up the device. The boot to Debian takes about 30 seconds, and 50 seconds for Android. As you boot it will enter in Debian with XFCE desktop environment, and you’ll notice two files, namely the Quick Start Guide and Release Notes that explain how to get started and configure the system. All configuration is done in Android, […]