Each board, based on Atmel ATmega32u4 MCU, is programmable like any other Arduino board using the Arduino IDE. 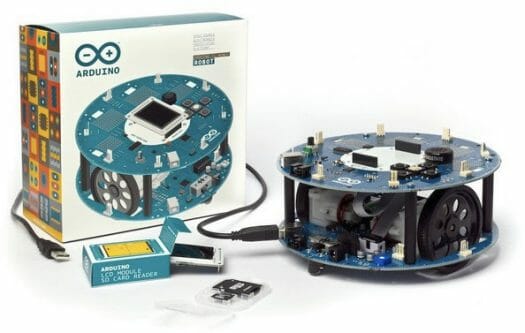 Hardware, software and documentation are all freely available and open-source. You can power and program it by connecting it to  one of the USB ports of your computer (Windows, Linux, or Mac OS X) . You’ll have to insert 4 rechargeable batteries to use it without computer, as for safety reason, the motors are disabled when it is powered via USB.

The Arduino was available for purchase at the Maker Faire on May 17-19 (but I could not find the price), and will be available to all early July 2013 via Arduino store and the company’s distributors. Further information is available on Arduino Robot page.

Via Atmel Blog and Liliputing