Massimo Banzi announced the Arduino Yún, the first of a  family of Wi-Fi products combining Arduino with Linux, at the Maker Faire Bay Area. The company used the name Yún (云), meaning “cloud” in Chinese, as the purpose of this board to allow connection to web services directly from Arduino. 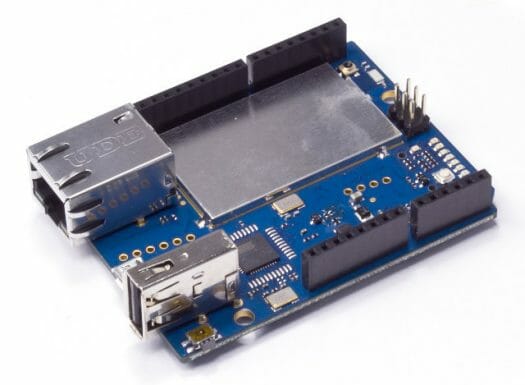 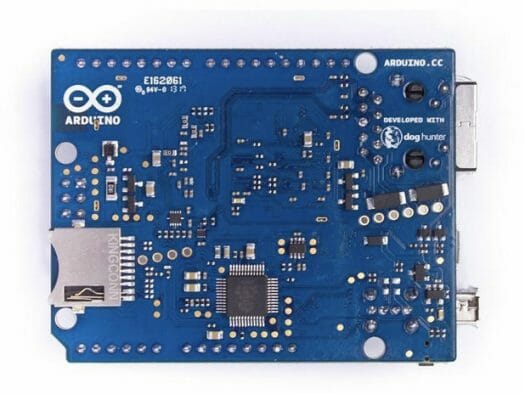 Arduino Yún ATMega32u4 can be programmed as a standard Arduino board by plugging it to your computer with the micro USB connector, or via Wi-Fi.

The company explains that during Yún first boot, it acts as an Access Point, and creates “Arduino”  Wi-Fi network. So you can simply open its configuration page into your browser, and set-up the Wi-Fi network name, security type, and password.

Arduino created a Bridge library which delegates all network connections and processing of HTTP transactions to the Atheros chip running Linux, so you can link the Atmel MCU to Linux, launching programs and scripts, passing them parameters (sensor readings for example) and reading their output with your own sketches. Since Linino is a customized version of  OpenWRT, shell and Python scripts are supported out-of-the-box, and you can install open source software and tools that are already working in OpenWRT.

Arduino Yún should be available at the end of June for 69$.