MINIX, the company that designs and manufacture Android media player such as the MINIX NEO X7, has just launched the MINIX Developer Challenge, and offers prizes up to $5,000 to the best user interfaces for their Android TV Boxes. 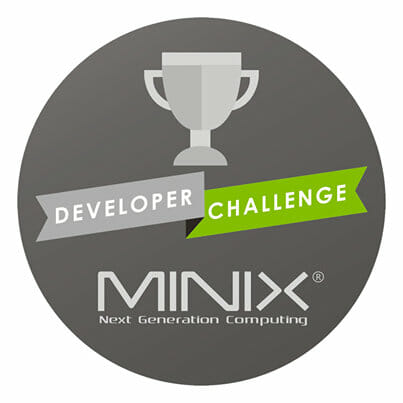 In order to participate, you’ll have to design a user interface that works on all the following Android devices: NEO X7, NEO X7mini, NEO X5, NEO X5mini, and NEO G4.
The U.I designs will be judged on the following criteria:

Here’s the timeline of the competition:

You can even win if you’re not a developer, as voters will be entered into a prize draw to win one of five MINIX NEO X7 Boxes given away.

The company also claims that you can download all necessary resources on MINIX forums, but I could not find any useful resources related to UI development there. I’d imagine the user interface would just be a standard Android launcher.

Another developers challenge, this time with a Mobile SMS API with 2,500 GBP prize – http://www.textlocal.com/apicomp#!

Why minix want a user interface controllable with the little ir remote if with this you can’t cintrol all multitouch apps and games of Android ?

so you have to buy all of NEO X7, NEO X7mini, NEO X5, NEO X5mini, and NEO G4. to test that your newly designed user interface will qualify!?
no not me sorry.:)

@required
I’m not exactly sure what they expect, but if it is an Android launcher, and it works on one device, it should work on other as well, as they have the same resolution. I guess the important part is that it’s usable with their IR remote.

They’ve now posted all the resources on http://minixforums.com/threads/minix-developer-challenge.3361

The competition has been canceled http://www.minixforums.com/threads/minix-developer-challenge.3361/page-3#post-38244

“Unfortunately, due to a severe lack of entries we have decided to cancel the U.I competition.

Instead, we shall focus our efforts on developing our own U.I, which we will release some time in the near future. “