Several weeks ago Linaro posted instructions to run Android L ARM 64-bit in QEMU which takes some efforts to setup, and at the time lacked OpenGL support (not sure about the status now). Google has now releases their own 64-bit Android L preview image for the x86 emulator, and hopefully they’ll release a 64-bit ARM image and NDK sometimes in the near future, as 64-bit mobile devices are expected for Q1 2015. 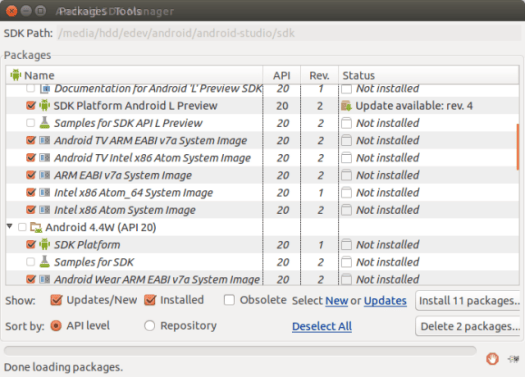 That means developers can now test the 64-bit version of their apps build for x86 using Google emulator. Java only apps should most probably work without issues, but apps relying on native code (C/C++/assembler) will certainly require a little bit more work.  The latest Android NDK (r10b) support 64-bit code, and apps can be built with x86_64 build target, or using APP_ABI=all64 in Application.mk. 64-bit support increases addressable memory space, provides a larger number of registers, and new instruction sets.

@m][sko
I think the Android TV images were already part of the initial Android L review, but they may have been updated since then.