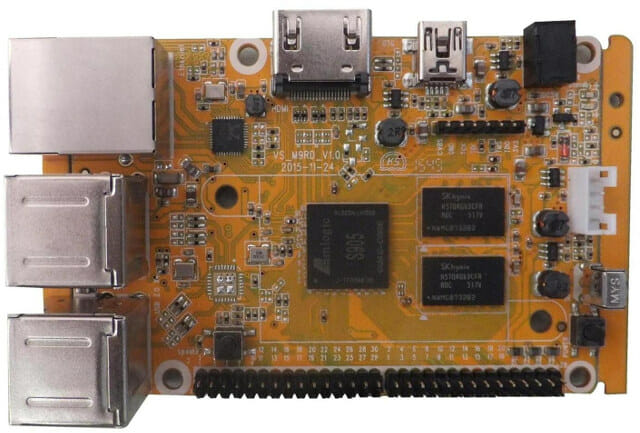 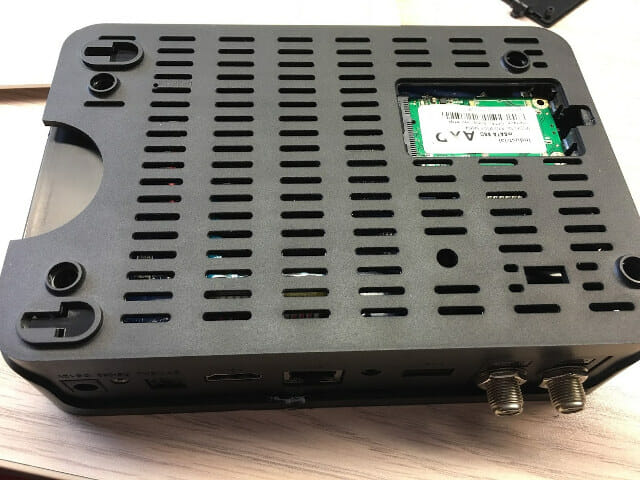 When WeTek announced the WeTek Core, some people were disappointed that they did not include a tuner like in the original WeTek Play, but the company has been working on a successor called Wetek Play+ that is based on Amlogic S905-H quad core processor and supports DVB-S/S2, DVB-C/T/T2, ISDB-T and ATSC tuners with a smartcard reader, as well as an extra store with an half-size SSD slot. WeTek Play+ specifications: SoC –  Amlogic S905-H (Revision C) quad core ARM Cortex-A53 @ up to 2.0GHz with  penta-core Mali-450MP GPU @ 750 MHz System Memory – 2 GB DDR3 Storage – 16 GB eMMC 5.0 flash + micro SD card slot + mSATA SSD socket (implemented via USB to SATA) Video Output – HDMI 2.0 up to 4K @ 60Hz with HDCP 2.2 support, and AV port Audio – HDMI, AV (stereo), optical S/PDIF Tuners – Support for DVB-S2, DVB-C/T/T2, ISDB-T and […] 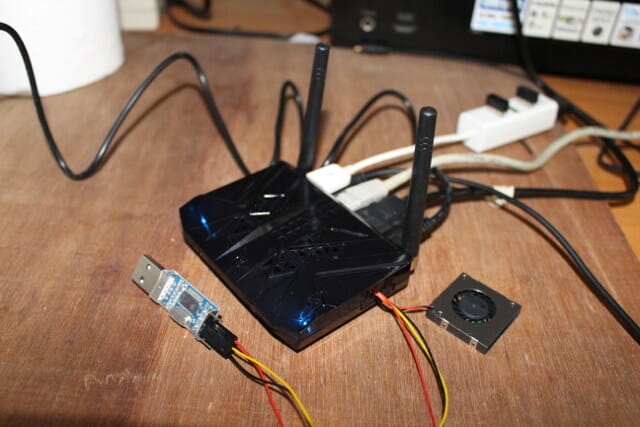 This week-end I checked out GeekBox TV box, and Landingship baseboard, explained how to connect the two together and install various optional accessories such as an RTC battery and a cooling fan. GeekBox comes pre-loaded with Android 5.1 + Ubuntu dual boot image, and as I’ve already reviewed other Rockchip RK3368 TV boxes, and GeekBox is also a development platform, I’ll simply run several benchmarks on GeekBox, as well as test SATA performance with an SSD connected to Landingship carrier board in Android, before checking out the Linux part a little latter. That’s no quite how you want to place the fan, but I wanted to show the USB to TTL debug board and other wires can be connected with the case closed. This allowed me to easily check whether the fan was spinning during testing, and it never did… According to one forum post, the temperature currently needs to […] 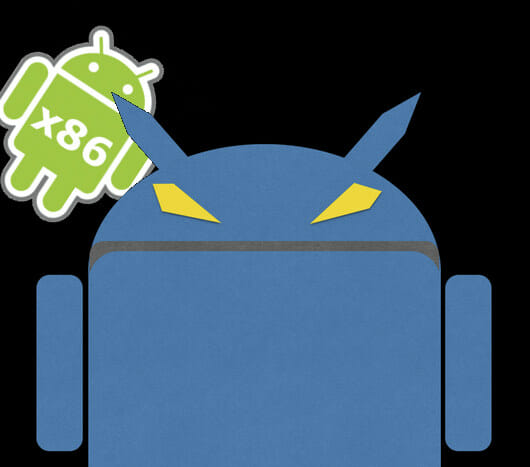 Console OS is supposed to be a version of Android Lollipop running on various Intel platforms, and optimized for desktop use with new features like DVR support for digital TV tuners, a desktop friendly file manager, and so on. The project launched on Kickstarter and was successful enough to raise $78,497 from 5,695 backers. But according to Chih-Wei Huang, Android-x86 project leader, and Console OS users, the Console OS developer simply forked Console OS, with some minor modifications like changing the project name, and under-delivering on the promised features. The first part is fine, as that’s the beauty of open source code, you can fork somebody else work, and add your own improvement, and long as you keep the license and credits, that’s what open source is all about. Now the project raised funds specifically for development, and as promised the source code is available on github. Here what has been […] 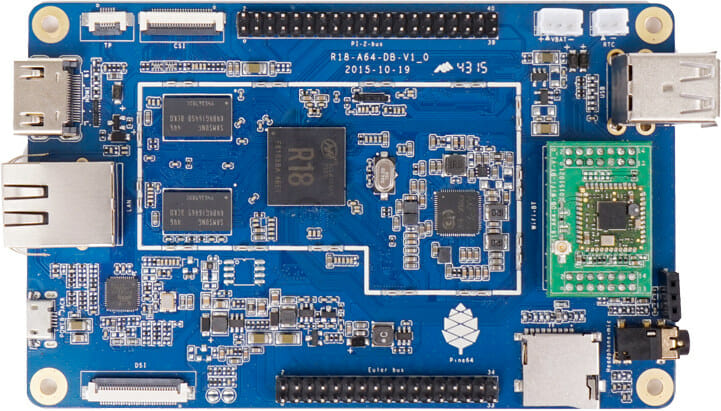 As previously announced, PINE64 $15 64-bit ARM Linux computer was due to launch on December 9, and the Kickstarter campaign is now up, and the shipping costs are $7 to the US, and $12 to the rest of the world. The name have changed to PINE A64 and PINE A64+ since the first announcement, but the specifications have mostly not changed for th two boards with an Allwinner quad core Cortex A53 processor, 512MB to 1GB RAM, a micro SD slot for storage, Gigabit Ethernet, HDMI 1.4, USB ports, and some other expansion headers for I/Os, displays or cameras. The PINE A64+ however now has an option for 2GB for $29, and we’ve got a bit more information about optional modules and accessories: Wireless module with WiFi and Bluetooth adapter Zwave adapter 7″ LCD touchpanel (PINE64+ only) Dry contact I/O board 5MP MIPI CSI camera Various sensors Various remote controls […] 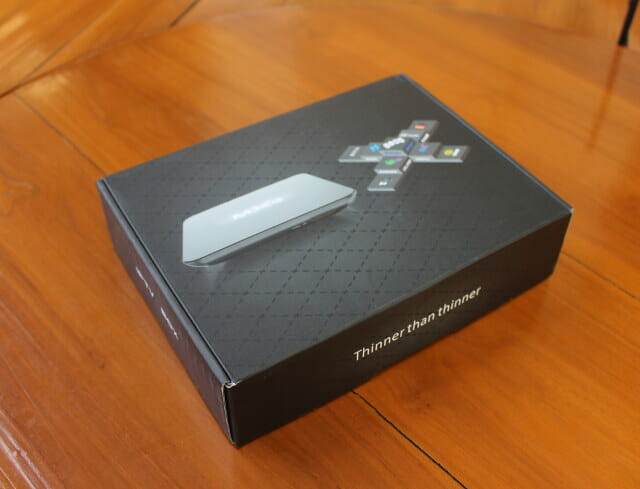 Beside Tronsmart Vega S95 Telos, I’ve received another Amlogic S905 device with MXQ G9C, which was the first Amlogic S905 TV box to have surfaces in the news back in June, and a sample has been sent to me by Shenzhen Tomato. Since the company provides ODM/OEM services instead of catering to end users, the specs are flexible, but the device I received is with the default configuration namely 1GB RAM and 8GB flash, and with similar specs to Beelink MINI MX or KI Plus for example. Today, I’ll start by checking out the hardware, before reviewing the full package a little later. MXQ S905 / G9C TV Box Unboxing I received the parcel via DHL, with the device in a retail white brand package reading “MXQ”, “S905”, and “IPTV box”, with some features on the back such as Airplay, DLNA, Miracast, or Widewine, Playready, and Verimatrix. But I’m pretty […] 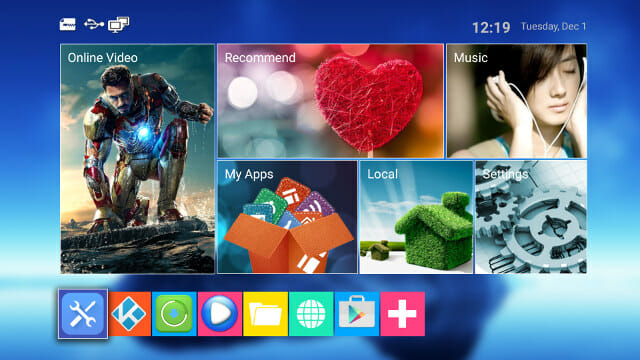 Beelink MINI MX Amlogic S905 Android media player has similar features, and costs about the same as K1 Plus TV box I reviewed last week, so it would be interesting to compare both. While specifications are similar there are some differences. For example, MINI MX lacks AV output, and only features two USB ports against four for K1 Plus, but it supports Gigabit Ethernet which could be an advantage while playing high bitrate 4K videos, as well a Bluetooth 4.0. I’ve already provided pictures and torn down MINI MX, so today is time for the full review and a comparison with K1 plus. First Boot, Settings and First Impressions I connected my USB 3.0 hard drive to one of the USB port, and a USB hub to tghe other port with a USB webcam, a USB keyboard, and two RF dongles for a gamepad and an air mouse. I also […] 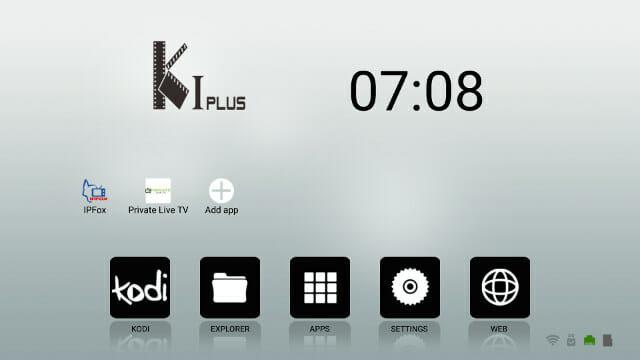 Videostrong KI Plus is one of the first Amlogic S905 TV boxes to be launched on the market, and it also happens to be one of cheapest model selling for around $45 on various sites, and it’s even available for $39.99 on GearBest for Black Friday / Cyber Monday. I’ve posted the specifications and pictures of the device previously, and after updating the firmware, I’ve finally completed the review. First Boot, Settings and First Impressions As usual, I’ve connected a whole bunch of cables and peripherals to the device to make the power supply can handle it, including a USB hard drive, a USB webcam, a USB keyboard, a USB hub with two RF dongles for Tronsmart Mars G01 gamepad and MeLE F10 Deluxe air mouse, as well as a HDMI, optical audio and Ethernet cables, and a speaker connected to the 3.5mm AV jack and powered by one of […]