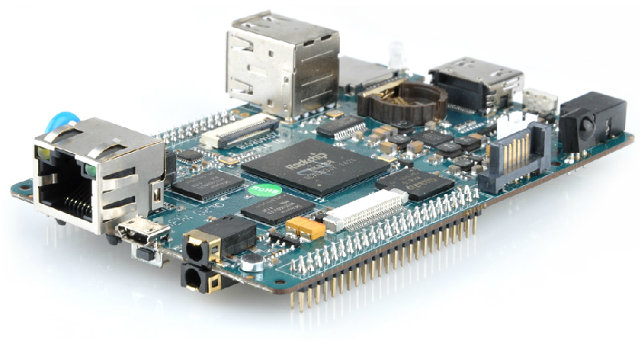 An Android 4.2.2 SDK is said to come with the board, but no links are provided. There’s absolutely nothing about WB-RK3188 on wax-berry.com, except in their forums with there’s a sub-forum dedicated to the new board, but without relevant posts, at least not readable without logging in. The obvious difference with a board like Radxa Rock is the addition of the SATA port, most probably via a USB to SATA bridge, and you do so the same with a USB to Ethernet dongle, but it’s a bit more neat that way, especially if you plan to put the board into an enclosure.

So I got all my information from their listing on Taobao where the board is sold for 499 CNY (~$82), and since the company has not been actively selling their previous board to oversea markets, this could remain a board focusing on the Chinese market. Waxberry Pi WB-RK3288 “development board” can also be found on their Taobao store for 599 CNY (~$98), but it looks more like a TV box board than a development board, albeit it comes with an Adnrodi 4.4.2 SDK.