NetBSD is an open source Unix-like Open Source operating system running on a wide range of platforms, from servers and desktop systems to embedded devices. The operating system has supported ARM since 1996, with more recent ports for ARM Cortex A8 and Raspberry Pi, but until recently it did not support SMP (Symmetric multiprocessing) to support more than one core. 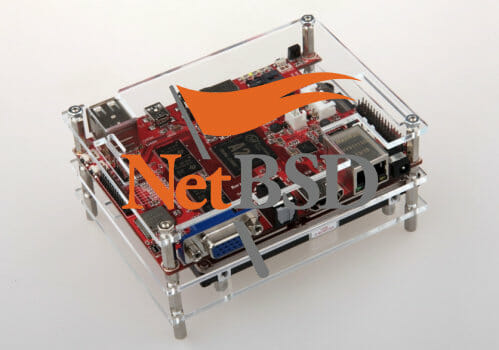 But NetBSD has now fixed this “anomaly” and the following Allwinner A20/A31 and Freescale i.MX6 boards are now supported:

You can give it a try on Allwinner boards by creating an SD card following instructions on NetBSD / Allwinner Wiki. There does not seem to be documentation for the Freescale boards yet. If Allwinner documentation is up-to-date, this is a headless image, as framebuffer, HDMI, etc… are still in to TODO list, but Gigabit Ethernet and SATA are already supported so it could be tried as a server platform.

The changes are likely to make to NetBSD 7.0 which will be dubbed “the ARM SoC release”.

@adem nacakli
I don’t recommend, this would probably be some work… and it’s BSD stuff not Linux. So for geeks only…

Actually works on my CB2, and was already planning to use it as a headless VPN/NFS/Tor/Privoxy server/router/firewall, too bad need to port those speciality softwares for the NetBSD, of well, they are all semi-portable already. 🙂