While the Raspberry Pi Zero is not exactly broadly available, there are still several tenths of thousands who own, and I’ve seen several use a USB to OTG adapter combined to a USB hub to add USB devices such as a WiFi dongle, or/and keyboard. This works, but it’s quite messy. 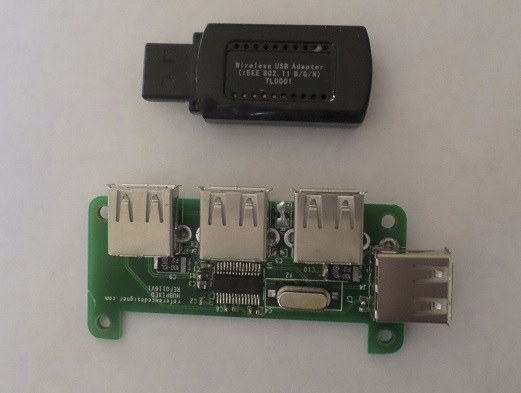 That’s why Vikas Shukla created Hubpixed USB hub for the Raspberry Pi that does not require any cables and cleverly uses the test pins on the back of the board for USB data and power. 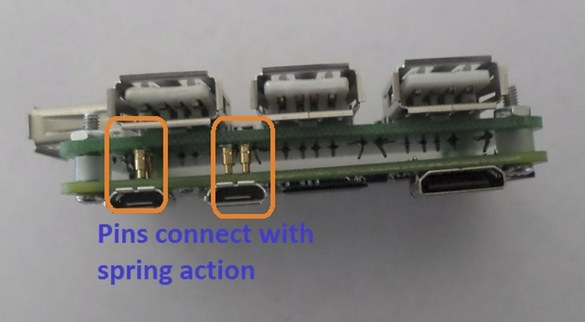 The board’s spring pins are the only electrical connections between Raspberry Pi Zero and the hub, with both boards attached with spacers, screws and bolts using the four mounting holes of RPi0. Vikas also showed the hub in action with a USB WiFi dongle. I’m not sure how it would fare with a USB hard drive however.

Hubpixed is on Kickstarter, and has already exceeded its (lowly) $1,000 funding target. You can pledge $8 to get Hubpixed manually assembled, or $10 factory assembled. Delivery is scheduled for March 2016, but he’ll probably have to sort out shipping however, as it’s not included and adds $6 to the US, and a deal-breaking $20 to the rest of the world. Delivery is scheduled for March 2016. The idea is great, but simple to reproduce, so it’s likely Chinese manufacturers will have a similar board soon for a couple of dollars shipped considering they are currently selling actual USB hubs for $1 including shipping.