ESP32 SoC with WiFi and Bluetooth launched last September for around $3, followed soon after by ESP32 modules for $7, and a few weeks later, easier to use ESP32 development boards were introduced, but sold for around $20 likely due a mismatch between supply and demand. That’s not overly expensive, but in a world of $4 ESP8266 boards and $10 Raspberry Pi Zero W with Linux, WiFi and Bluetooth, it may feel that way. But today, I noticed DealExtreme sold GeekWorm ESP32 board with ESP-WROOM-32 module for just $11.64 shipped. That’s good progress, but surely Aliexpress must now have cheaper options, and sure enough, I could find NodeMCU ESP-32S board (now confirmed NOT to be an official NodeMCU devkit) sold for $6.95 + shipping, which brought the price up to about $8.50. 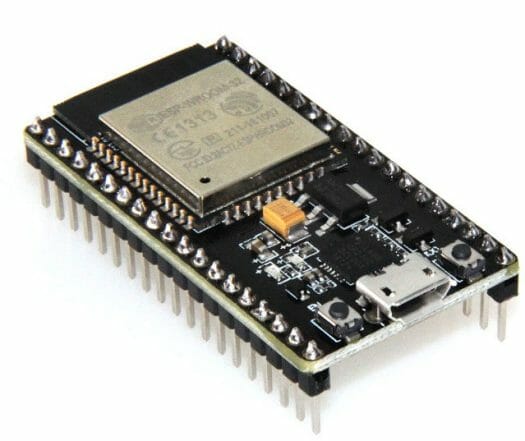 The Aliexpress page directs to LuaNode github page, which explains how to build and flash the firmware (provided you want to use Lua) and use the board. The information does to refers to NodeMCU, but DOIT ESP32 development board instead sold on Aliexpress for just under $10 shipped. Both boards look exactly the same apart from marking, and you’ll find the schematics here. There are also some examples on the Wiki on github with an ESP32 camera, and Nokia5110 LCD screen. 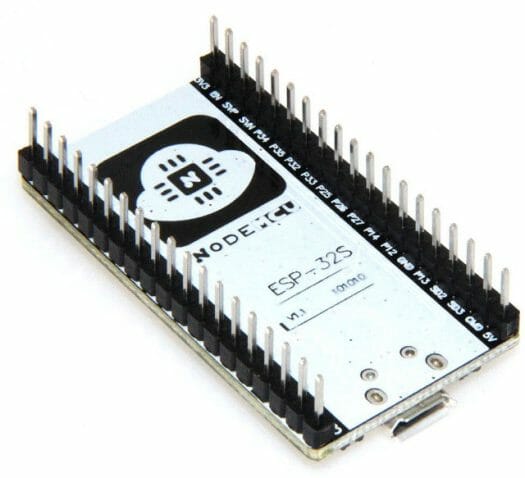 As I was about to complete this post, I heard the postman motorbike’s horn, and it turns out I’ve just received my first ESP32 board from IC station today, which to my surprise did not come fully assembled, so I’ll have to solder eboxmaker ESP32-Bit module on the board. The price has increased since last time I checked, with the board now sold for $19.99, with some 15% discount possible using jeanics coupon.

The PSH-C32 ESP32 from iTead is going for $6.99(with out shipping), but it is not a breadboard friendly version.
https://www.itead.cc/psh-c32.html

Does it also run Ruby and Python? I think earlier ESP was able to run MicroPython and Basic. It’s great if more scripting languages become available. Maybe even Perl and PHP?

There is a micropython port for esp32 in progress; not certain how finished it is, but definitely work happening on it

@animtakhnet
That’s a module and you still need to solder it to a baseboard or somehow wire it for your project, there are many at that price.

@PuceBaboon
Possibly, but I don’t think it can go that much lower, maybe eventually $6 or $7 shipped.

Some people commented that the boards sold now may still ship with the buggy version of ESP32, as revision 1 was just released in February, but maybe not mass produced: http://esp32.net/#Hardware

@animtakhnet
That is a not a good deal because it has a small flash chip and you can get wroom32 for $3.50 at electrodragon. Will be interesting to see if ai-thinker goes into full production with esp-32s and can beat that price.

Awesome project! Thanks for sharing~~~~