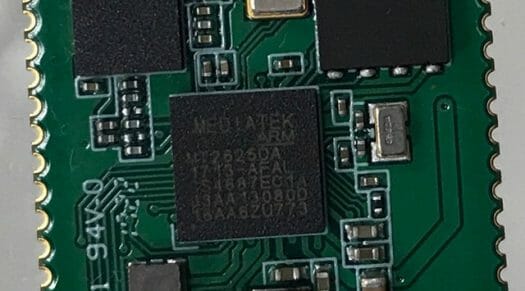 The solution will be found in products for worldwide transportation, municipal use, and consumer products, with a much longer battery life compared to existing devices relying on other 2G/3G/4G standards.

According to the press release, one of the first module based on MT2625 has been designed in collaboration with China Mobile, integrates the company’s eSIM card, and supports OneNET IoT open platform. You won’t find many details on Mediatek MT2625’s product page, but you could contact the company there, if you plan to design and deploy such modules in large quantities.

“Integrated baseband, RF, and modem DSP”
Does that mean I can bypass the baseband and t/r arbitrary packages in 450-2100mhz range?