The user experience with current virtual reality headsets is far from ideal, because of a lack of content, the “screen-door effect“, and the screen resolution is not quite high enough since it’s so close from our eyes. 8K virtual reality headsets, with 4K per eye, should make the experience both more realistic, and minimize the screen-door effect. One of the first such products will be Pimax 8K VR headset. 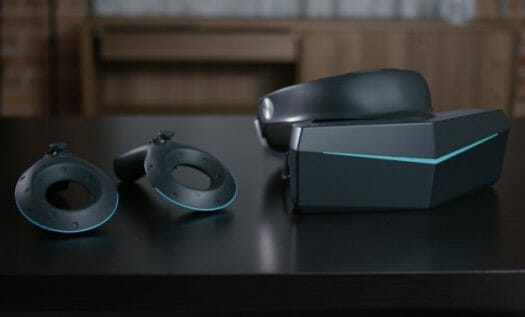 It’s still a prototype that the company will showcase at IFA Berlin 2017, but we already know that beside a twin 3840 x 2160 pixel display, it will also have a 200 degree field of view, and 18 ms MTP (Motion-to-Photon) latency. The headset will ship with two motion controllers to track your movements. With the kind of processing power required to handle 8K, it’s not a standalone headset, and instead will rely on (Windows) computers with NVIDIA GeForce GTX980 or 1070 or higher graphics capabilities, be compatible with SteamVR, and also offer games and videos from PiPlay 2.0. The headset is also designed to work with motion controllers and other sensors to track you as you move through space. 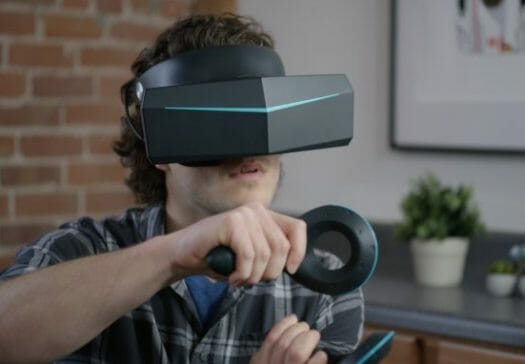 It will likely take a few more years before we see standalone 8K VR headsets, since SoCs with 8K video decoder or dual 4K video decoder, and a capable 8K GPU that can do the task at relatively low power would be required. Improvements in battery density would help too. It’s quite possible we’ll first get 8K Android headset to watch 8K video or “true” 4K 3D videos since it’s a bit less challenging to implement.

Pimax 8K VR headset launched for $499 and up on Kickstarter: https://www.kickstarter.com/projects/pimax8kvr/pimax-the-worlds-first-8k-vr-headset?ref=329384&token=cc143a74