Phoenix OS is one of the last options left for people wanting to run Android with desktop optimizations on their computer. The problem is that so far, it was fully closed source, and the company refused to comply with the Linux kernel’s GPLv2 license, despite part of the project being based on Android-x86 work. The community also wanted to get involved to improve hardware compatibility with graphics cards, wireless modules / dongles, and other peripherals. However, without source code, nothing could be done, and a petition was launched on Change.org asking Chaozhuo, the company behind the project, to release the Linux kernel code. 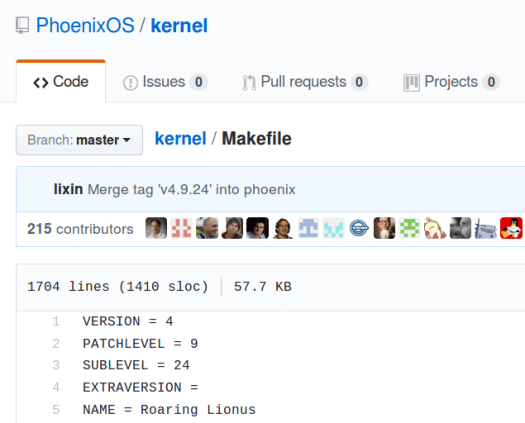 After over 300 signatures was reached in the petition, the company did push Linux 4.9.24 to Github, and after verifying there was indeed some changes compared to Android x86 kernel, the community declared victory. They are however trying to make the company develop the kernel in the open on Github, and accept contributions from the community. Another request will be to make Phoenix OS completely open source, but this highly unlikely to happen. The kernel released is likely only for x86 and AMD64/x86-64 platforms, and ARM hardware supported by Phoenix OS are bound to use separate vendor trees.

Thanks to Ian and MrKames for the tip.

As mentioned in this post – https://www.cnx-software.com/2017/07/21/phoenix-os-2-1-android-7-1-based-desktop-os-released-for-32-bit-and-64-bit-x86-platforms/, there is open source OTO. It seems like it’s project of one of Chinese universities and they’re hosting their sources on github – https://github.com/openthos/openthos/wiki

The Firefly-RK3288 development board supports Phoenix OS, it performs well.