He works as a software engineer for his main job, but Leon ANAVI is apparently enjoying his hobby of designing open source hardware, as after RabbitMax Flex home automation HAT, and ANAVI Infrared pHAT with IR transmitter and receiver, he has come up with as third project: Anavi Light pHat, an add-on board for Raspberry Pi 3/Zero (W) that adds support for RGB light strips. 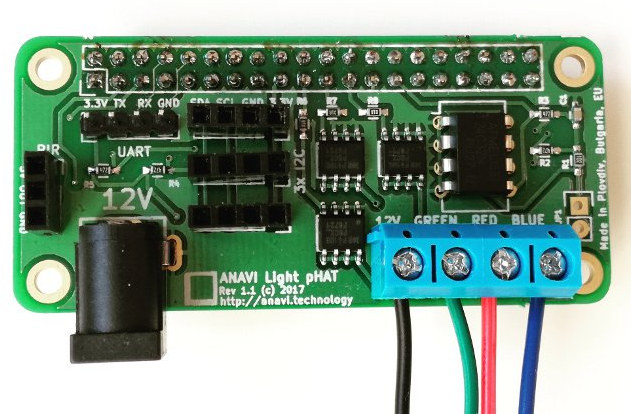 You first need to connect the pHAT to your board, and then LED strip, and you can then control the lights using Home Assistant open source home automation platform, with the strip integrated as an MQTT JSON Light component. 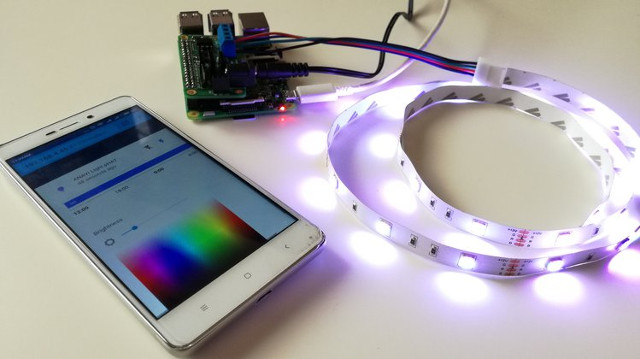 Documentation will be provided to use the kit. It’s not available yet, but based on my past experience with his boards, documentation is usually good and easy to follow. Just like the other boards, Light pHAT was design with KiCAD, and you’ll find the hardware design files on Github.

If you want to control the light based on detection of movement, a optional PIR motion sensor is available, as well as three I2C sensor modules: BH1750 light sensor, HTU21D temperature and humidity sensor, and APDS-9960 RGB color and gesture detection sensor.

The project has launched on Crowdsupply with a target of $1 funding since it’s mostly a hobby project, and it will happen whatever the amount raised. A $25 pledge is asked for the Light pHAT only, but you could also consider pledging $35 to get a kit with a 1-meter RGB LED strip, or $59 for the board, LED strip, and all 4 sensors mentioned above. Shipping is free worldwide, and delivery is planned for February/March 2018 depending on selected reward.

Leon also told me he had a spare board he used for testing together with a one meter LED strip, that he’d like to giveaway to one of CNX Software readers. The contest is open worldwide, and Leon offered to pay for shipping, so the only thing you have to do is to leave a comment with #giveittome hashtag. I’ll draw the winner with random.org in about two days on Tuesday 12, 2017 @ 16:00 (GMT+7). Make sure you use a valid email, and can answer within 48 hours.