When I talk about low power Intel processors, I usually think about atom-based families like Bay Trail, Cherry Trail, Apollo Lake or Gemini Lake with 2W to 10W processors that delivers entry-level performance at a reasonable price.

But Intel has also been selling more powerful Core-m processors with a similar power budget, but with much better performance, at the cost of a significantly higher price tag. The company is now prepping to launch a new family of such processor with Amber Lake Y-series (aka Amber Lake-Y) family. 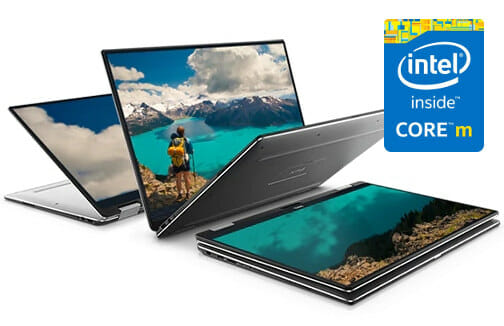 All three processors are manufactured with a 14 nm processors, offers a 5W TDP, and are equipped with Intel UHD 615 graphics, and 4MB cache according to information from Lab501.

The processors are expected to launch in Q3 2018, so this quarter, and are normally found in tablets, ultra thin laptops, portable gaming console, and other fanless devices that would benefit from good performance at a low power budget.

Via Liliputing and MacRumors

Hopefully they will support HDR unlike the latest Gemini processors.

Some mini pcs with these, with SSDs and non-soldered memory, for a reasonable price, would be great.

I thought these would come with Intel HD 715? If they’re still using HD 615, then they won’t be a good choice for GPD to use for the GPD Win 3. Well… Unless GPD pairs them with a low power (8W) NVIDIA MX150 dGPU or its successor, that is.

i was expecting quad core..