Steam is a digital distribution platform developed by Valve Corporation for purchasing and playing video games that was first launched in 2003 for Windows computer only.

Since then Mac OS (2010), Linux / Ubuntu, as well as mobile devices running Android & iOS (2012) have been supported in Steam. Mobile could only be used to browse the storefront, manage games, and access the community.

However more recently, the company released Steam Link app that allows players to stream games to their mobile devices, while being rendering on more powerful machines.  The good news is that Steam Link (beta) has now been released for Raspberry Pi 3 / 3B + boards. 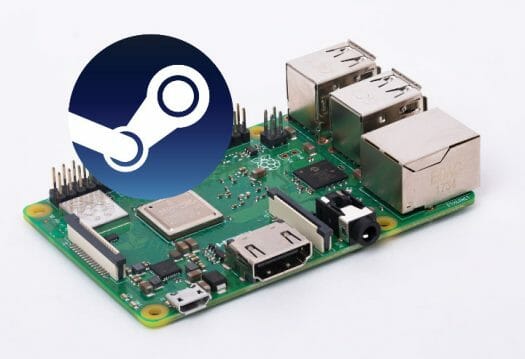 All you need is either board running Raspbian Stretch, and install Steam Link as follows:

Once the app is installed launch it in the command line with steamlink, or launch it from the Games menu in the desktop environment.

Steam Link support has already been added to RetroPie, and ETA PRIME took it for a spin in the video below.

Is there anything that would prevent this from running on other armhf systems running Debian?

You work for RPi Trading Ltd. so you’re in the know (we all know that the majority of platform specific code for the RPi is closed source — a RTOS called ThreadX neither you nor Broadcom is allowed to share, none of us usual people can have a look into but you or your employer can answer) Care to elaborate how GPU performance (3D rendering) should affect this use case? As far as I understood “STEAM Link” renders the game contents on real hardware and transmits a video stream to toys like Raspberry Pi? So if I understood correctly it’s… Read more »

It’s a boring h.264 video stream almost every ARM SoC today can decode. Even such lousy designs like VideoCore IV back from 2010 can do! Isn’t that great?

Steam link beta is available on google play and has been for months. So TV box, tablet or phone, who needs a RPI!