There have been several news related to open source operating systems in the last couple of weeks including Maru OS to run Debian on Android, Zephyr Project real-time OS managed by the Linux Foundation, ReactOS an open source port of Windows XP, and Raspberry Pi boards are getting a Tizen 3.0 port, as well as a new Raspbian release. 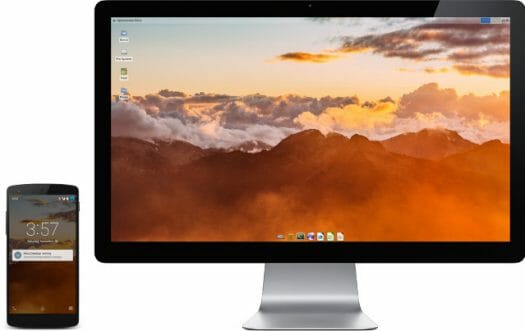 Maru OS mobile operating system is supposed to do what Ubuntu convergence promised: it runs in mobile mode on the go with Android Lollipop mobile OS, once you connect the phone to an HDMI screen, and pair Bluetooth keyboard and/or mouse, it will switch to desktop mode running Debian Linux. The downside is that so far it a single developer (Preetam D’Souza) worked on it, and the beta version only works on Nexus 5 smartphone. However, since the project went viral, dozen of other people wanted to get involved and help, so Preetan decided to open source it, and a community may form around the project.

You can find more details on Maru OS website and blog. 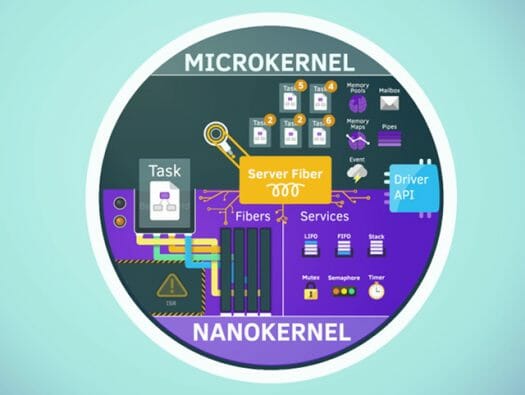 Zephyr Project is a lightweight real-time operating system (RTOS) design for IoT applications comprising of a microkernel for lower priority tasks, and a nanokernel to handle the real-time part. Zephyr memory footprint can be as low as 8KB, it supports x86, ARMv7-M, and ARC instructions sets, includes Bluetooth and 6LoWPAN stacks, as well as I/O drivers for GPIOs, ADC, I2C, and SPI, and supports Constrained Application Protocol (CoAP) and Datagram Transport Layer Security (DTLS).

The main features are explained in the short video below.

You can get the source code for the first release as follows:

It will run with QEMU for x86 or ARM, as well as several development boards such as MinnowBoard MAX, Quark D2000 and SE boards, Arduino 101, Galileo, Arduino Due, and NXP Freedom development platform.

You can find more details, including full documentation and Zephyr SDK on Zephyr Project website, and the Linux Foundation announcement. 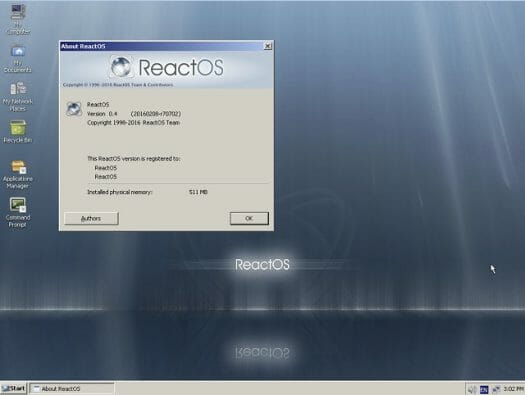 ReactOS is an open source operating system written from scratch – i.e. not based on Linux – that looks like Windows XP, and runs Windows applications. The source code has over 9 millions lines of code contributed from over 100 developers, so it’s not exactly a small project. It can run on older computers with as low as 96MB RAM and 500MB storage.

The developers have been working on the project for many years, but the news is that ReactOS 0.4.0 has been released with some new features including ext2 read/write and NTFS read support, a new explorer shell and theme support, and on the hardware drives side SATA, sound, USB and wireless networking are now working. The operating system is still considered alpha, but if you want to give it a try, you can download the ISO to boot or install it from a USB drive. 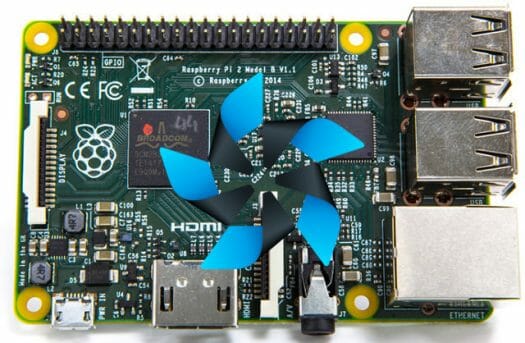 Tizen adoption rate is relatively low, so the Samsung Open Source Group decided to leverage Raspberry Pi 2 reach, over 5 millions sold for far, to bring more people on board. Development is still in progress, so while Tizen 3.0 is booting fine on Raspberry Pi 2 board, supports 3D graphics acceleration, but still lacks some functionalities.

You can try it by downloading tizen.rpi-sdimg.LATEST, and dumping it into a micro SD card the usual way, i.e. Win32DiskImager or dd. If you’d rather build one of the minimal images by yourself, you can do so by following the build instructions.

If you are running the better known Raspbian distribution on your Raspberry Pi board(s), you may consider upgrading it, as the Raspberry Pi Foundation recently announced a new release of the Debian based operating system which mostly contains bug fixes and packages updates. There’s also a new experimental feature: an OpenGL driver for the desktop, only implemented for RPi 2. It is turned off my default, but can be enabled with raspi-config.

To update Raspbian to the latest version, simply run:

If you also want to tried OpenGL applications: 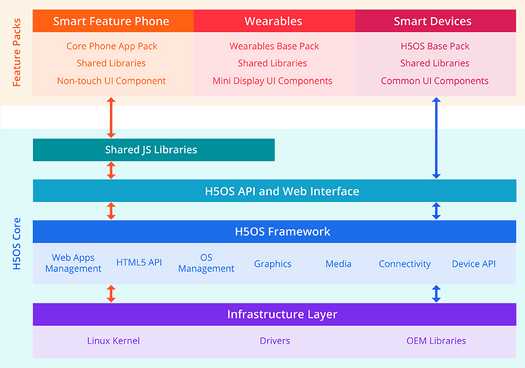 One quick update, as I’ve just seen Linaro member ACADINE Technologies released the first version of H5OS HTML5 based operating system designed for mobile devices and IoT and that has been forked from  Firefox OS.

Thanks for the recap. I forgot about Zephyr and actually wanted to take a look at it.

Hey, thanks for spreading the news about Tizen and its port for Raspberry Pi 2! It is worth mentioning that Tizen for rpi2 is built using Yocto/OE.

When they joined Linaro, everyone wondered who the heck are they and what they do. Now we know ;).

Thank you for mentioning Maru! I am very excited to see all the enthusiasm from the community.