802.11ad was announced in 2016 as a new WiFi standard supporting 60 GHz frequency and up to 7 Gbps throughput, but it has recently been superseded by the backward compatible but further improved 802.11ay allowing up to 100 Gbps bandwidth, and 300 to 500 meters range in theory. The new standard is supported by Qualcomm QCA64x8 and QCA64x1 WiFi chipsets that can handle up to 10 Gbps, and found in Snapdragon 855 mobile processor. 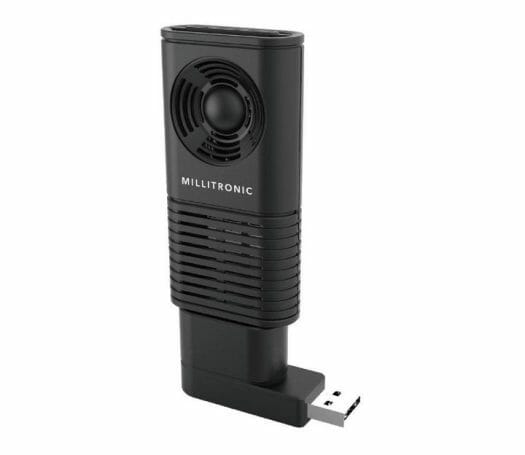 The dongle is said to be compatible with the few 802.11ad router available on the market including the aforementioned NETGEAR R9000, as well as NETGEAR XR700 and TP-Link Talon AD7200. The product listing reports Windows 10 is supported, and while I can’t find specific Linux support for 802.11ad USB device, support was added for wil6210 802.11ad PCIe card based on Qualcomm chipset. 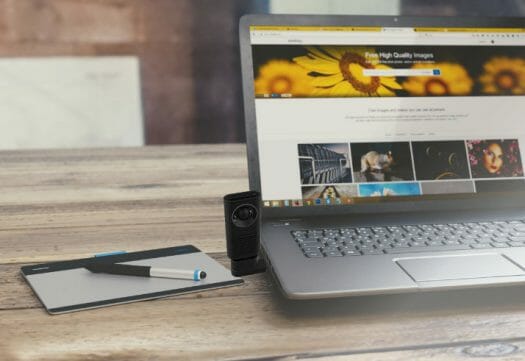 If you are based in the US, an alternative way to purchase the dongle will be on Newegg, which sadly is currently out of stock.

I find it fun that 10ms is noted as a low latency for a same room, it’s the time it takes to ping a 1000 km distant machine 🙂 A normal latency on a local network is mostly around 50-100 microseconds, mostly due to interrupt processing in the NICs and CPU wake-up from idle. You usually count 1 microsecond per switch port. Over WiFi it’s often higher but not that much, my outdated 802.11g supplied by an AR9311 based GLInet device at the other side of the house still allows me to ping it at 1.5-1.8 ms.

I had to double check that, but it’s really 10ms, with 10ms being the maximum value. So even when you stream a 4K video, ping would be still under 10ms.

As a side note, sometimes I have 20 to 30 seconds ping time to the local WiFi router in my hotel room. I can’t really explain why as it seems random, so I can only assume it should be related to traffic with many users accessing the router at the same time..

Indeed if it’s an upper bound it’s still reasonable. In your hotel room it might be caused by excessive buffers on the outgoing path that are saturated due to a poor uplink, thus your packet remains in the queue till the previous ones can be forwarded. In addition you’re seeing these buffers clogged by these packets multiple retransmissions. This is why it is important to always drop outgoing packets above a rate close to the outgoing link rate in order to keep the latency low. TCP then does its job well. But WiFi routers in hotels are unlikely to do… Read more »

(even thought the USB plug part is clearly silver in the photograph, and so the statement is a lie/mistruth/false statement/alternative fact)

Were the product to have not been “all in black”, there may have been a potential for it to induce tension, trauma, hyperventilation, and/or panic attacks in some people.