Last year we wrote about Kendryte K210 dual core RISC-V processor  specifically designed for for machine vision and machine hearing as well as the corresponding Kendryte KD233 which enables inference at the edge, e.g. tasks such as face recognition or object detection.

Latter on we found the processor in Sipeed M1 module which went for as low as $5 in a crowdfunding campaign, and was fitted to some low cost boards now selling for $12.90 on Seeed Studio. The latter company has now designed Grove AI HAT that aims to assist Raspberry Pi in running the edge computing workloads previously described, as exposes 6 Grove interfaces to extend functionality with some of the Grove add-on modules. 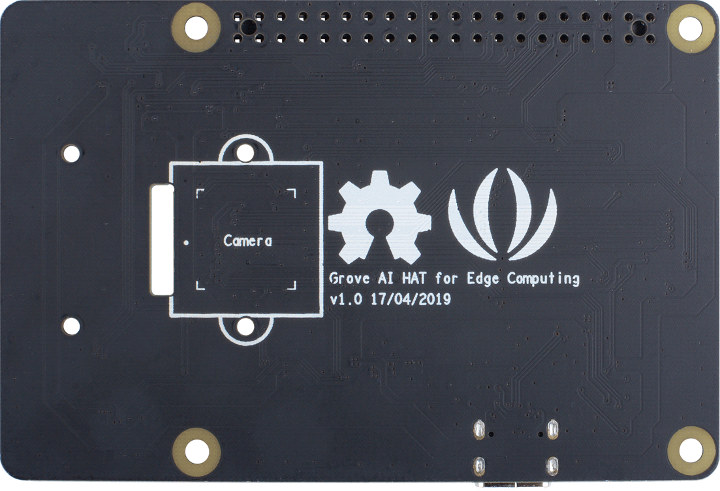 The board can either be used in conjunction with a Raspberry Pi board, or in standalone via a USB-C cable. It supports the baremetal Kendryte Standalone SDK,  as well as ArduinoCore K210 for the Arduino IDE working in Linux, Windows, and Mac OS meaning it’s possible to leverage the Grove Arduino libraries and  other Arduino libraries on this board.

Pre-order price is $24.50 after which it will be $28.50, and shipping is scheduled for mid-June. Seeed Studio is also planning to release a kit with the camera and an LCD as found in the company’s Sipeed MAIX BiT kit.

I have not seen video demos on Grove AI Hat, but there are a few on Caesar Wu YouTube channel running on Kendryte K210 hardware platform, including the tiny-yolov2 demo embedded below.

Thats actually really cool. And i have a Sipeed M1 but didnt knew about the ArduinoCore K210, which should help me a kot since a dont really liked working with the mirocpython on the board