UniSoC Communications has announced the completion of testing on its IVY510 5G modem. The testing was performed in partnership with Huawei and finished up in July 2019. The IVY brand platform offers compatibility with IoT products and services and is already being used as a cutting-edge option in some devices. The testing had been performed under the auspices of IMT 2020, the regulatory body in the worldwide telecom industry. In the tests, the IVY510 reached download speeds of 1.38 Gbps at CAICT’s MTNet Lab. 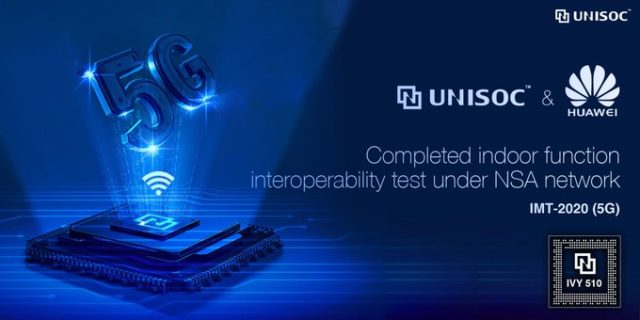 The IVY510 was announced in February of this year at MWC. It is a multimode 2G/3G/4G/5G modem, that meets the 3GPP R15 standard, supports Sub-6GHz 5G spectrum and has a channel bandwidth of 100 MHz. Offering high performance, deeply integrated, low power 5G platform, supporting both SA (standalone) and NSA (non-standalone) network arrangements. The ability to move through different network formations allows the IVY510 to grow through and along with 5G deployment stages.

The 5G Standard is set to be completed in 2020, as that time rapidly approaches UniSoC has neatly secured a place in the sector, especially IoT, with its early entry into the market. There are several other companies, who are planning to enter into this market, or have entered the market, with their own 5G modems:

UniSoC IVY510 will shortly go through the interoperability test under the SA (standalone) network.