Arduino hardware and software have been used for smart agriculture applications for years, but Arduino has now launched a board part of its Arduino Pro program specifically designed for smart farming. Meet Arduino Edge Control.

Powered by a Nordic Semi nRF52840 Bluetooth microcontroller, the board offers the usual digital & analog I/O’s, plus four 60/V2.5A solid-state relays, hydrostatic watermark sensor inputs, support for DC or solar power input, and can be augmented with one or two Arduino MKR boards for WiFi, 3G NB-IoT, or LoRaWAN connectivity. 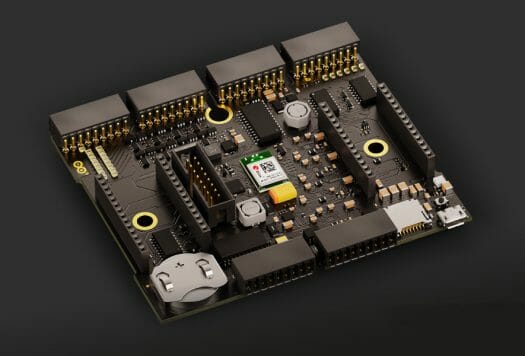 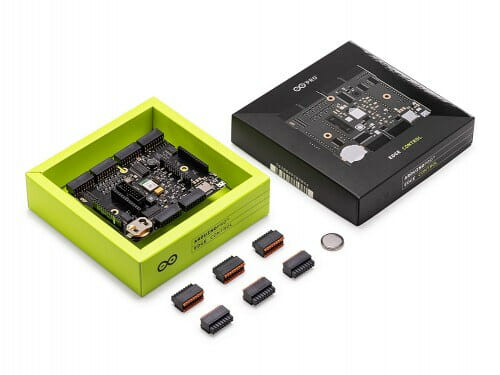 The Arduino Edge Control can remotely manage a specific application through the Arduino Cloud (or third-party services) using Bluetooth or optional connectivity options from cellular IoT to WiFi and LoRaWAN or Sigfox. Arduino also collaborated with Challenge Agriculture to integrate the Edge Control with Monitor R2-DX-Smart and Irriduo smart irrigation solution and water management application.

The board is capable of connecting sensors and drive actuators like latching valves and collect real-time data such as weather conditions, soil quality, crop growth, etc… The data can then be analyzed in the cloud, and help improve crop yields, equipment efficiency, staff performance, resources usages, and so on.

The Arduino Edge Control will be sold for €166/US$199 on the Arduino Store, but currently, it can only be added to the wishlist. Note that documentation is also limited with only the PDF schematics and pinout diagrams, so I’d expect more details once the board is in stock/becomes available.

Farm equipment is shockingly expensive. I don’t know if farmers in industrialized countries will be interested in this board, but I don’t think the $200 price tag will be a problem.