The company is now back with an update following the same form factor with ATMegaZero ESP32-S2 board equipped with a more powerful ESP32-S2 single-core processor @ 240 MHz with WiFi connectivity, and most of the same features, including OLED display support, plus a micro USB OTG port and an RGD LED. 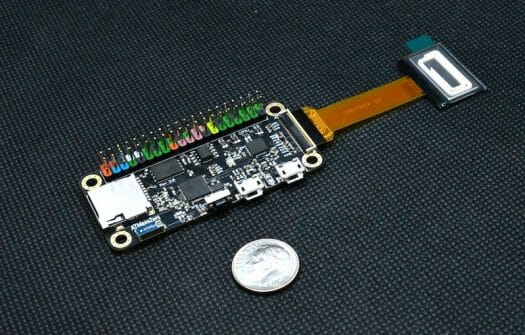 The board ships with a colorful 2×20 header that you’d need to solder yourself. ATMegaZero ESP32-S2 can be programmed with CircuitPython or the Arduino IDE, and is suitable for home automation, IoT, robotics, or wearables.

However, note that it does not come with the LiPo battery support as seen in some other ESP32-S2 boards such as Unexpected Maker TinyS2 or Olimex ESP32-S2-DevKit-LiPo, so it may not be optimal for the wearable use cases. 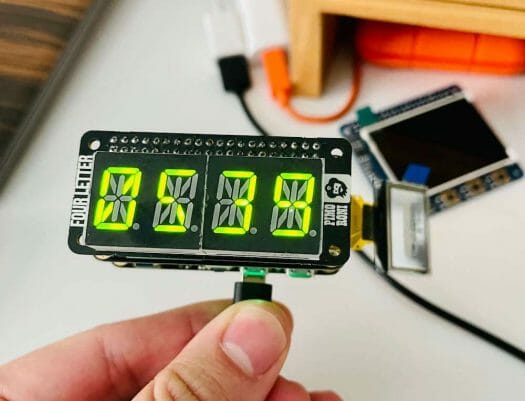 The Raspberry Pi Zero form factor can be handy, as it allows the use of RPi Zero accessories like the Pimoroni Four Letter pHat as shown above.

Just like its predecessor, ATMegaZeo ESP32-S2 is offered on GroupGets, and for the same $24.99 price tag, not including shipping.

I wonder why they rotated some square pads 45° in the header.

@DurandA – Those are the 3.3v pins. It helps to easily find them when soldering. Thanks for asking.