The Arduino Nano RP2040 Connect board was announced the day of Raspberry Pi Pico launch as one of the third-party boards featuring Raspberry Pi RP2040 dual-core Cortex-M0+ microcontroller.

At the time all we had was renders of the board, later on, the company showcased some mass product photos, and then released Arduino Core mbed 2.0 for the board last month. But it’s only today that it has become possible to purchase Arduino Nano RP2040 Connect board for $25.50 on Arduino store with headers. 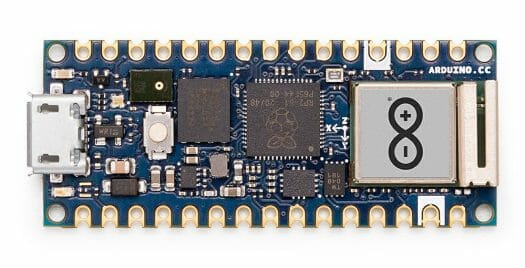 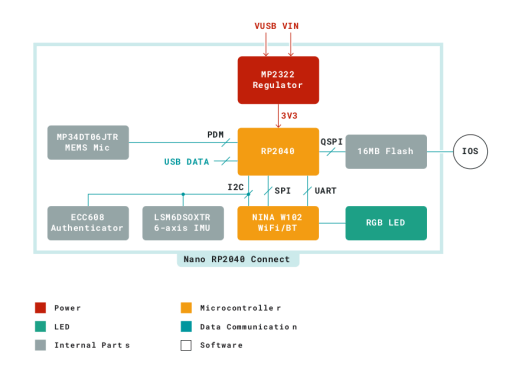 Arduino Nano RP2040 Connect is interesting due to official Arduino IDE support, and it’s one of the first boards with WiFi & Bluetooth connectivity. One downside us the perfectly capable ESP32 WiSoC is underutilized since it’s just as powerful, if not more, than the Raspberry Pi RP2040 microcontroller, as we noted in our article about Pimoroni Pico Wireless carrier board. But at least the Arduino board is compact.

Arduino provides the schematics, pinout diagram, and datasheet in the Arduino store linked in the introduction, and further documentation can also be found on the just-launched Arduino Docs website.

Actually I’m seeing *one* possible use case: faster drop-in replacement for an arduino nano with the same pinout. I’m thinking for example about the GRBL controller on my laser engraver. But quite frankly at this price it could cheaper to buy a baseboard made for anything but arduino-nano!

Agreed, you could buy a modern 3D printer controller that’s 32 bit with lots of bells and whistles for $20.