Last year, I wrote about Picovoice support for Raspberry Pi enabling custom wake-word and offline voice recognition to control the board with voice commands without relying on the cloud.

They used  ReSpeaker 4-mic array HAT to add four “ears” to the Raspberry Pi SBC. I also tried to generate a custom wake-word using the “Picovoice Console” web interface, and I was able to use “Dear Master” within a few minutes on my computer. No need to provide thousands of samples, or wait weeks before getting a custom wake-word. It’s free for personal projects. 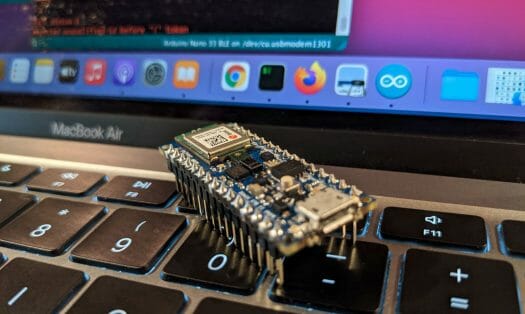 But the company has now added Picovoice to Arduino, or more exactly  Arduino Nano 33 BLE Sense powered by a  Nordic Semi nRF52480 Arm Cortex-M4F microcontroller, and already equipped with a digital microphone, so no additional hardware is required for audio capture.

To get started, you’d just need to install the Picovoice Arduino library, load the sample in the Arduino IDE, and control the LED on the board with voice commands such as “Picovoice, make the blue light blink ten times quickly” with all processing occurring on the Arduino board itself. 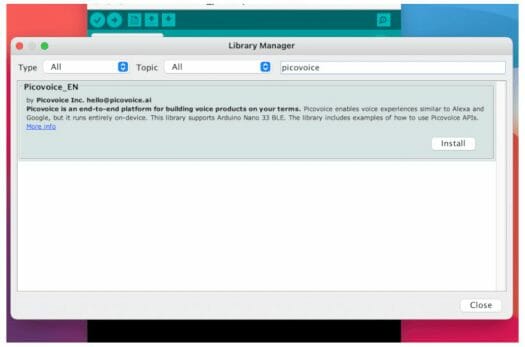 As a reminder Picovoice is comprised of two components:

You can watch PicoVoice on Arduino in action in the video below.

You can also learn how to customize the sample Arduino sketch in an article on Medium or check out the documentation on the Picovoice website.