Theengs is a manufacturer agnostic open-source set of tools to decode BLE sensors and integrate those into smart home and IoT solutions such as Home Assistant with notably support for autodiscovery to automatically create the sensor.

Theengs can be installed on various hardware from ESP32 to an Android phone or a Raspberry Pi SBC, and the solution currently supports close to forty BLE sensors from various companies including Xiaomi, Honeywell, and RuuviTag. 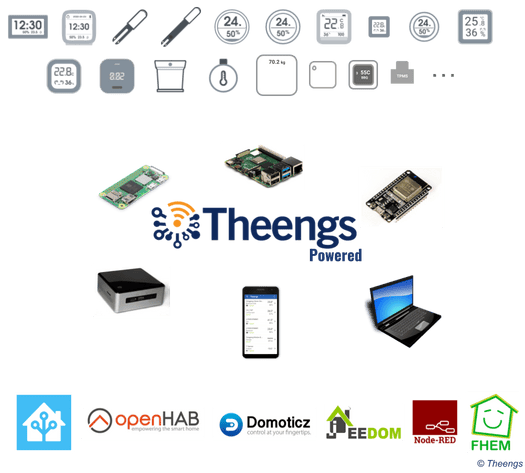 There are six components: 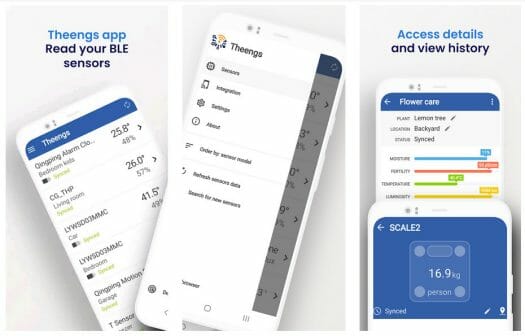 Note that you don’t necessarily need to use the mobile app, as you could run an OpenMQTTGateway on an ESP32, or the Theengs Gateway on a Raspberry Pi, or the Theengs App on an Android phone or tablet. Each acts as a local BLE to MQTT gateway with the Android app capable of displaying the sensor data without integration with a home automation gateway.

We are running out of simple and easy to remember words to name new product.

I could have choose Theeengs also ; -)

Is Theengs an alternative to Espressif ‘One-Stop-Matter’, or can they be used together?

And how does the ‘Mini One Stop Shop’ fits with that?

Theengs and Matter have both interoperability as a common value.
For now, Theengs is compatible with BLE sensor broadcasting data, whereas Matter
leverage Thread and Wifi (Bluetooth is only used for commissioning).
So both use different communication protocols.